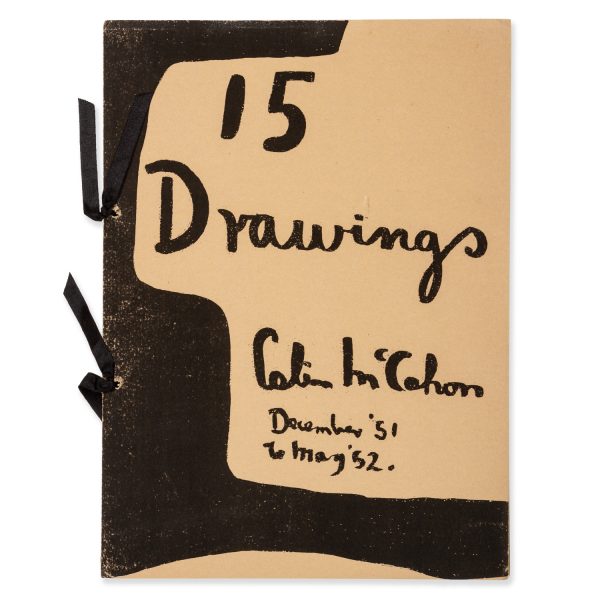 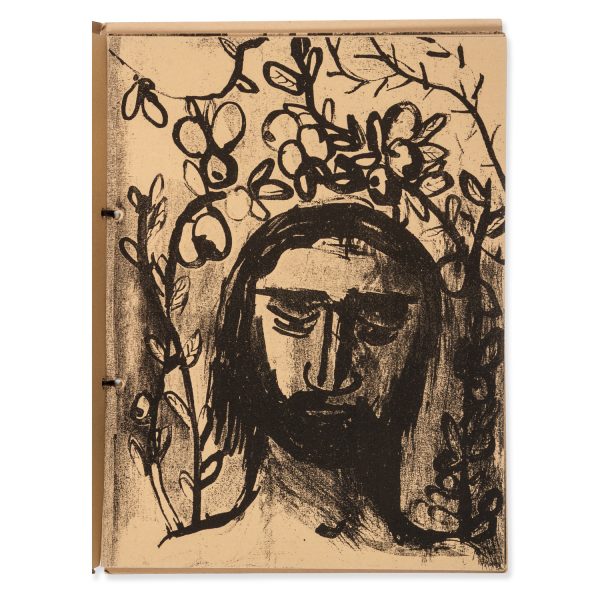 ‘In 1951 McCahon made a book of ink drawings for a friend, the poet Charles Brasch. Earlier that year Brasch had funded McCahon’s first overseas trip to Melbourne, where he studied paintings in the NGV Collection with the Australian painter Mary Cockburn Mercer. After Brasch’s death in 1973, the Hocken Library at the University of Otago published a limited-edition facsimile, of which this is an example. The drawings depict the life of Christ in a figurative style characteristic of McCahon’s paintings of the 1940s. In both style and subject, they have a kinship with the work of the French artist Georges Rouault.’ – National Gallery of Victoria https://www.ngv.vic.gov.au/wp-content/uploads/2019/06/Colin-McCahon-Labels.pdf

The only ‘artist’s book’ (if it can be described as such) produced by Auckland based artist Colin McCahon, closely connected to his time in Melbourne. It was as a result of McCahon’s stay in Melbourne and travel through regional Australia he resolved to develop his response to the New Zealand landscape, a land which he found markedly distinct from the Australian landscape.  ‘Colin McCahon is widely regarded as the most influential New Zealand artist of the twentieth century.’ – National Gallery of Victoria.

Rare; the National Gallery of Australia estimated the print run as an edition of 100 copies.  Whilst always sought after by book collectors, this early McCahon work is particularly prized by New Zealand art collectors. Since 2018, five copies have sold at auction in New Zealand for between NZD $9,998 – $11,750 including buyer’s premium. Numerous examples have been split for the individual images.