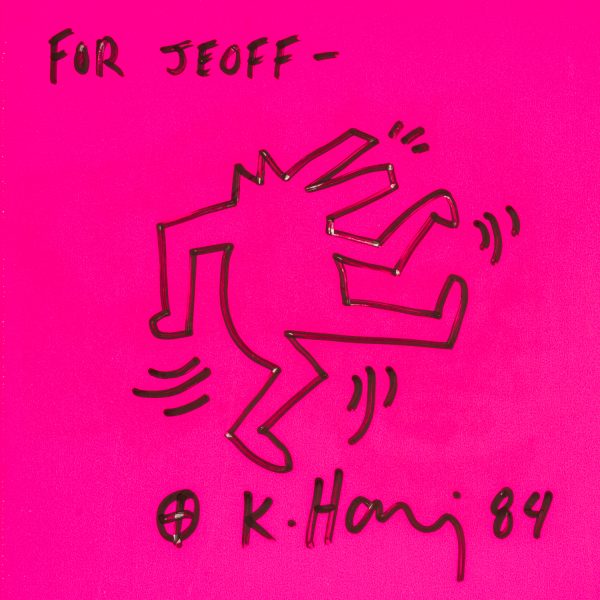 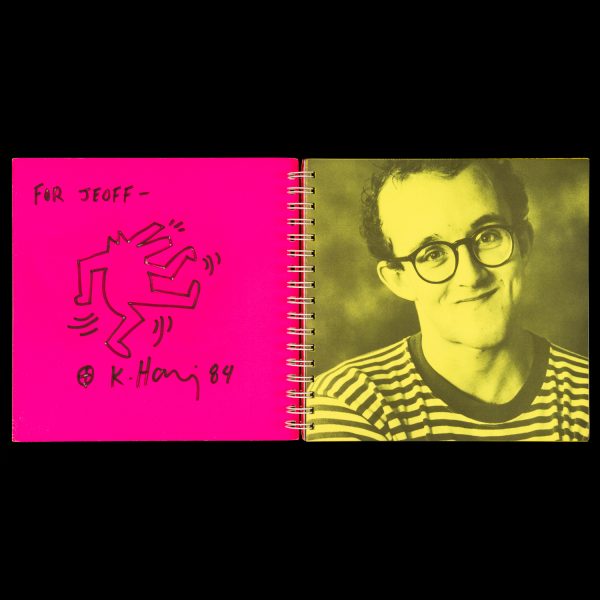 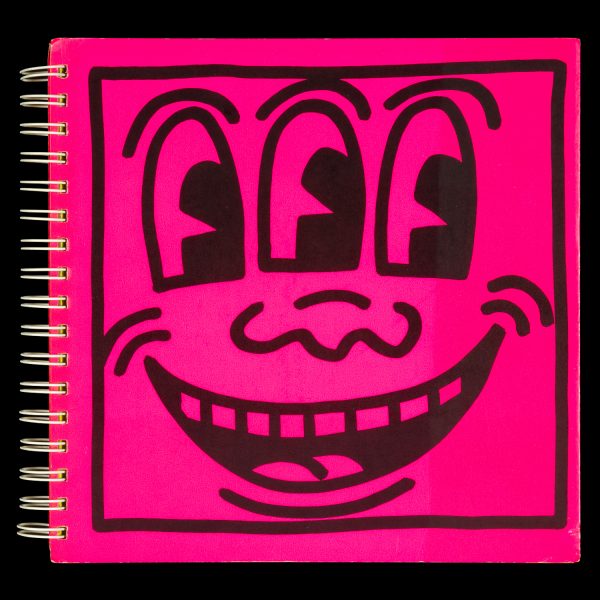 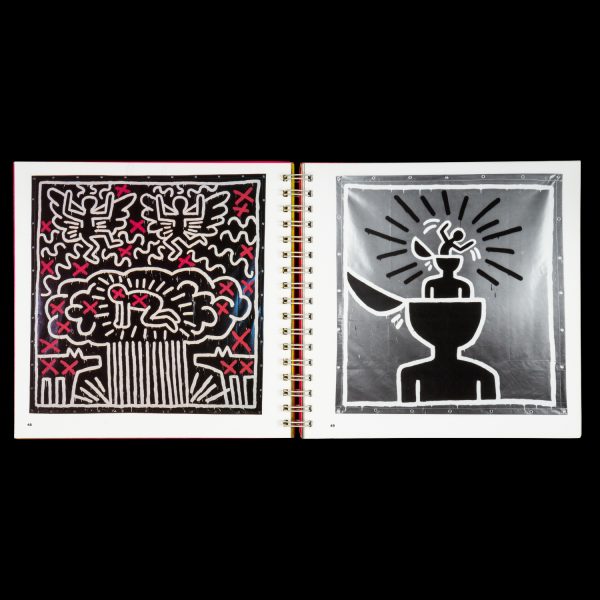 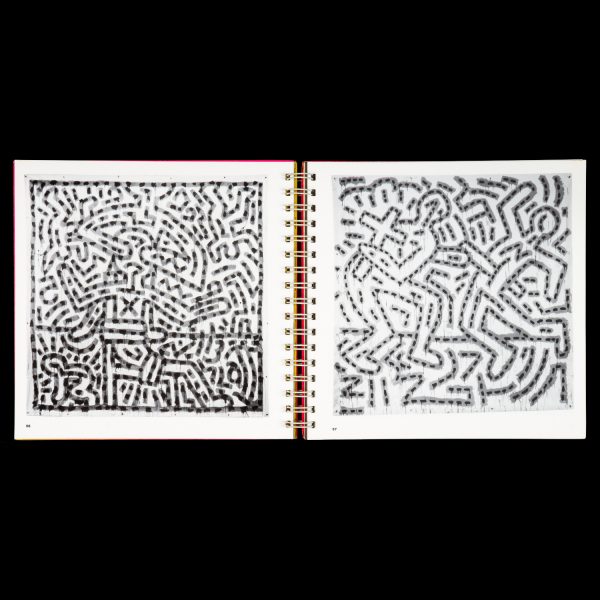 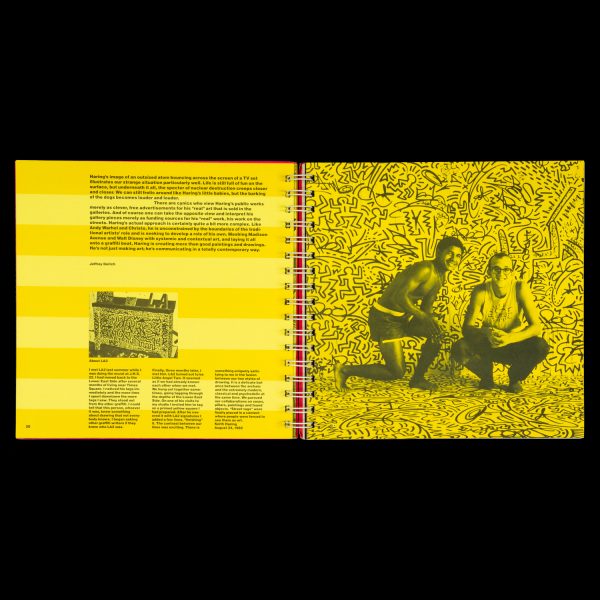 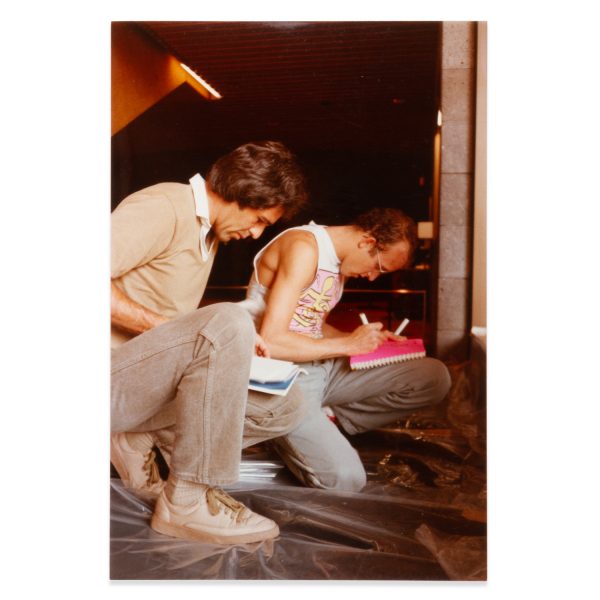 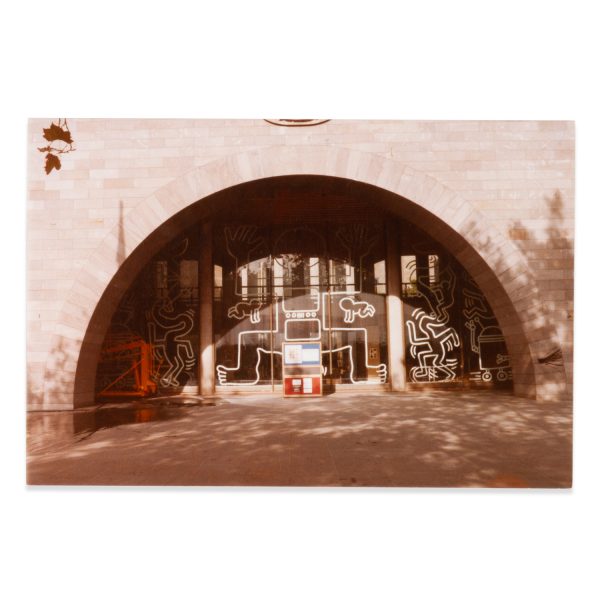 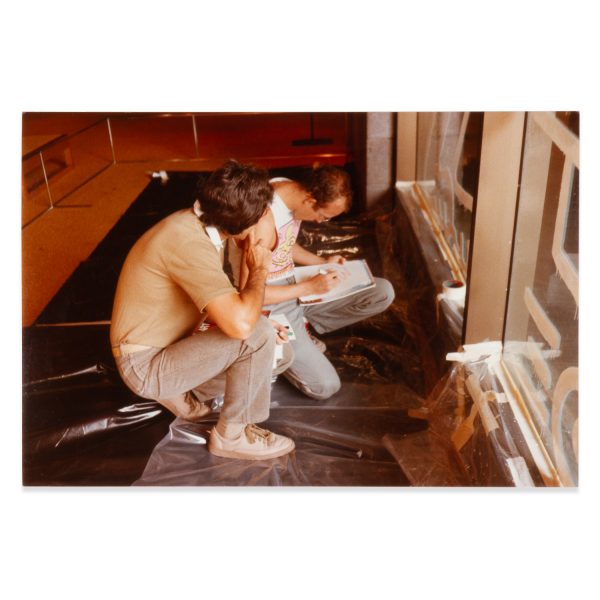 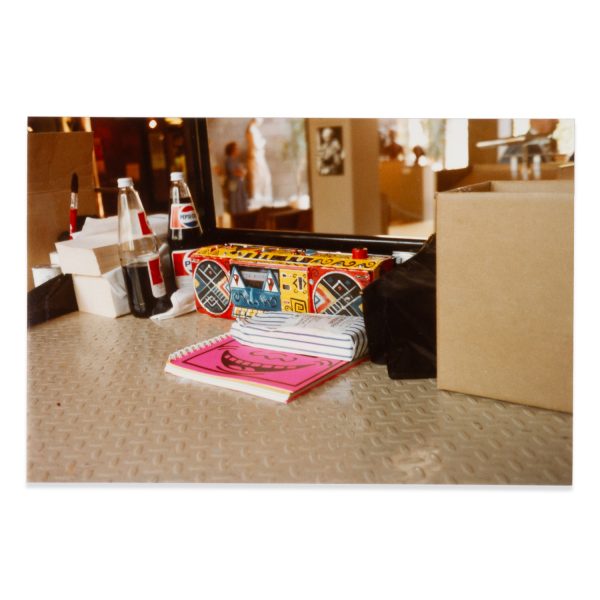 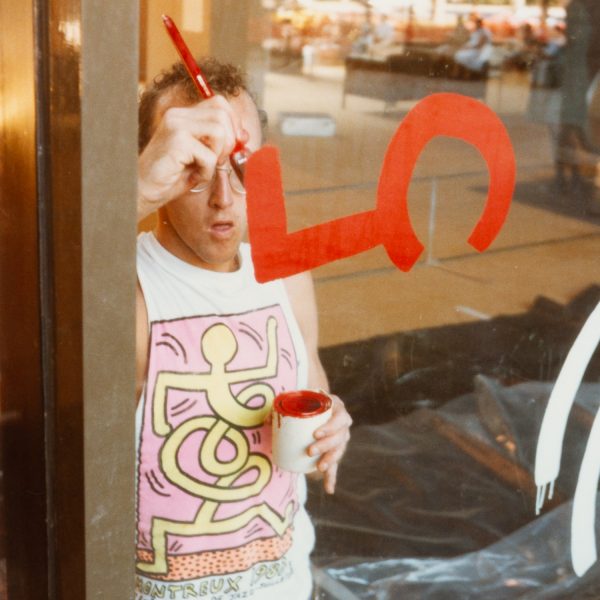 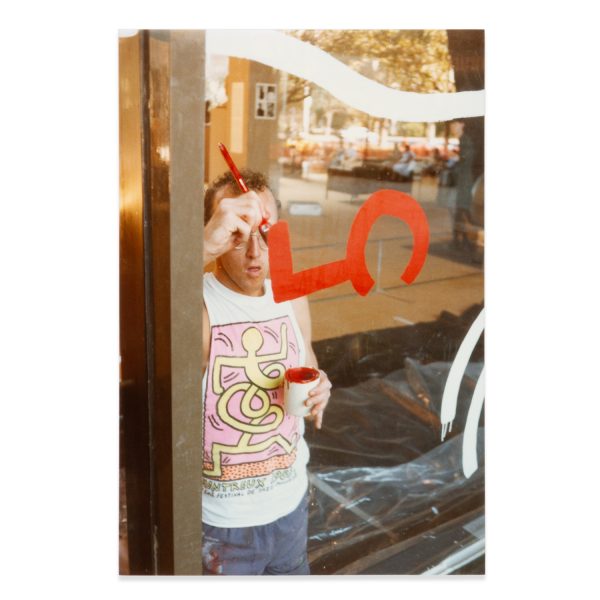 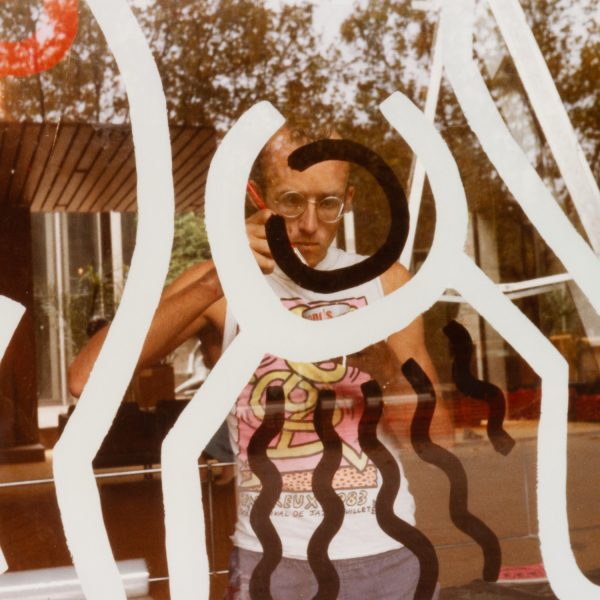 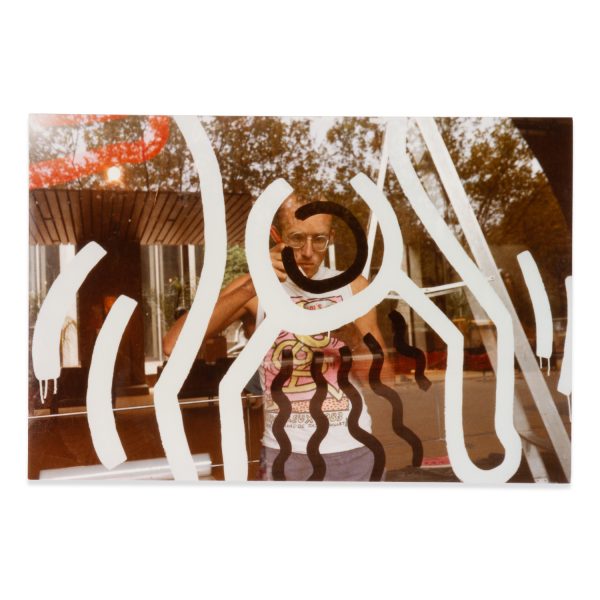 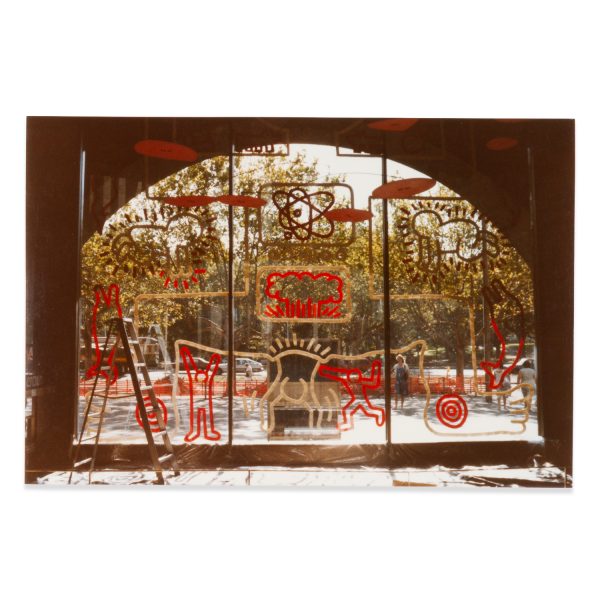 A collection of Keith Haring drawings and ephemera.

In 1984, international pop artist celebrity Keith Haring was invited to Australia where he created a series of monumental and ephemeral murals in public spaces, including the famous water wall of the National Gallery of Victoria. Haring befriended Geoffrey Burke, assistant curator at the National Gallery, who documented Haring’s creation in a series of candid and revealing snapshots, subsequently reproduced in many publications as a record of Haring’s time in Melbourne. Haring gifted Burke a copy of his iconic book published by Tony Shafrazi, embellished with a striking hand-drawn illustration of his signature dancing dog, and further inscribed for him a copy of the ARTnews magazine with his illustration on the front cover.

Famous in his own time, Keith Haring is now rightly regarded as one of the most significant artistic talents to emerge in the late twentieth century. Along with friend and associate Jean-Michel Basquiat, Keith Haring elevated New York street art to the walls of the finest museums in the world. The two artists were the subject of a major retrospective at the National Gallery of Victoria in late 2019 / early 2020.

“Keith Haring’s visit to Australia, from 18 February to 8 March 1984, is still regarded with surprise. That an international art superstar should make it to our shores during his meteoric rise to fame — let alone undertake a series of public works here — is amazing. Haring was already a celebrated artist of the 1980s’ New York art scene by the time John Buckley, inaugural director of the Australian Centre for Contemporary Art (ACCA), invited him to travel to Melbourne to undertake a series of public projects for ACCA and to speak with art media …” – Juliana Engberg, Caterpillars & Computers: Keith Haring in Australia, 2013.

The collection comprises the following:

An article by Dr. Ted Gott on Keith Haring’s mural at the National Gallery of Victoria, illustrated with the photographs offered here, can be found on the website of the NGV: https://www.ngv.vic.gov.au/essay/fragile-memories-keith-haring-and-the-water-window-mural-at-the-national-gallery-of-victoria/

‘While it was always intended to be an ephemeral painting, Geoffrey Burke’s salutary photographs of the mural’s creation can give Keith Haring’s first Australian project a new half-life in print for us here, ensuring a firm place for it in the ongoing documentation of Haring’s short, but astonishingly productive, career.‘

Provenance: The estate of the late Geoffrey Burke, Melbourne