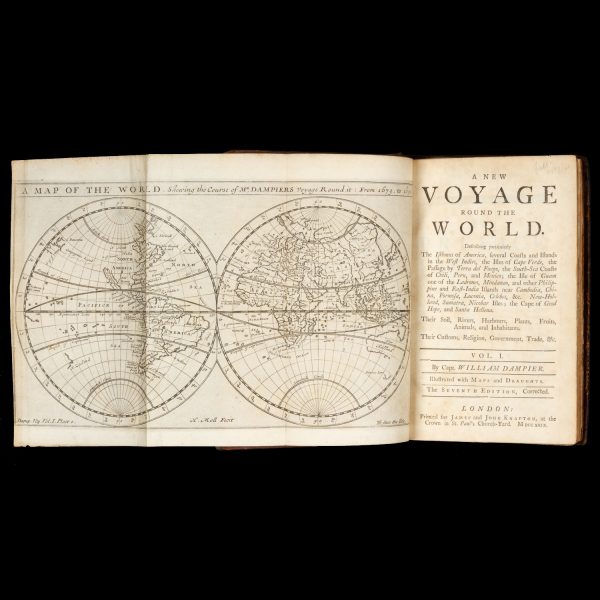 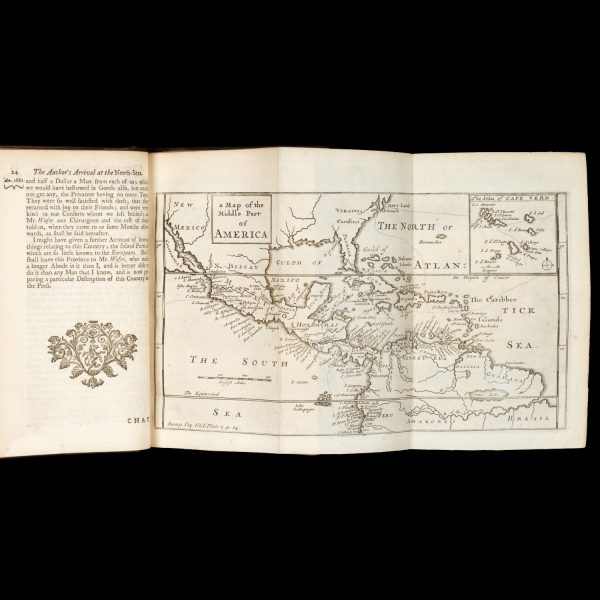 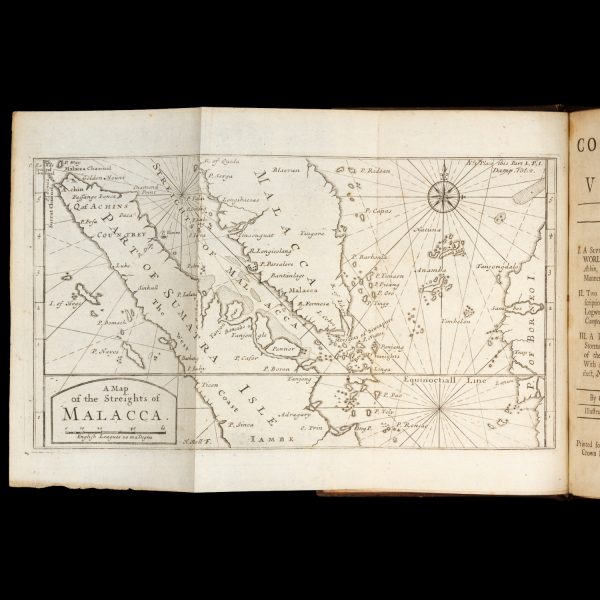 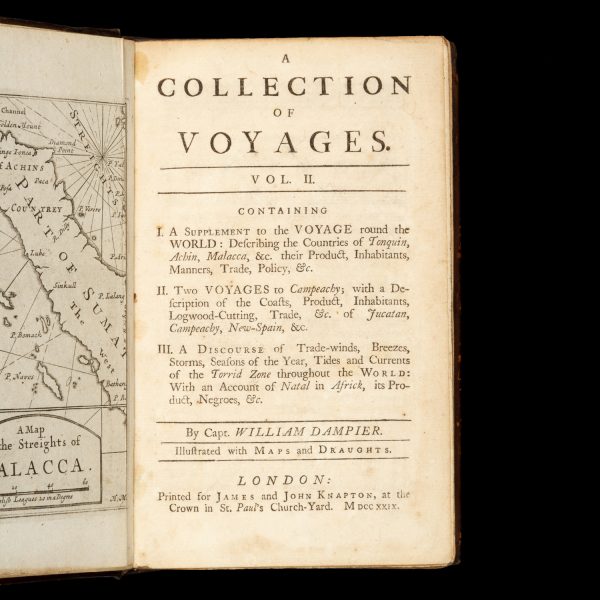 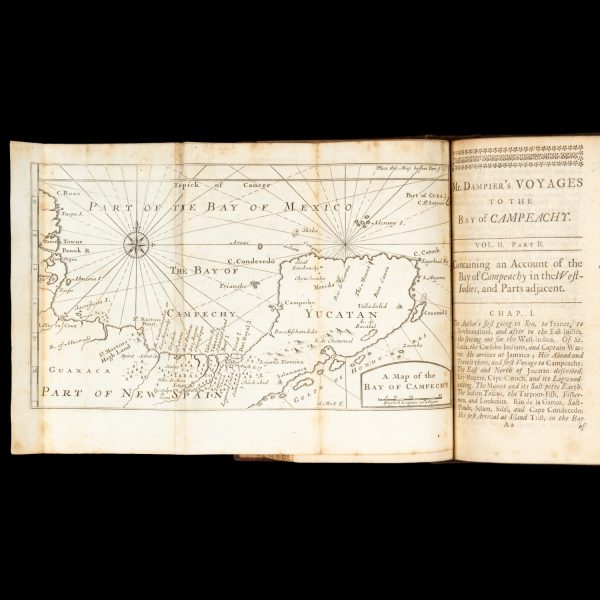 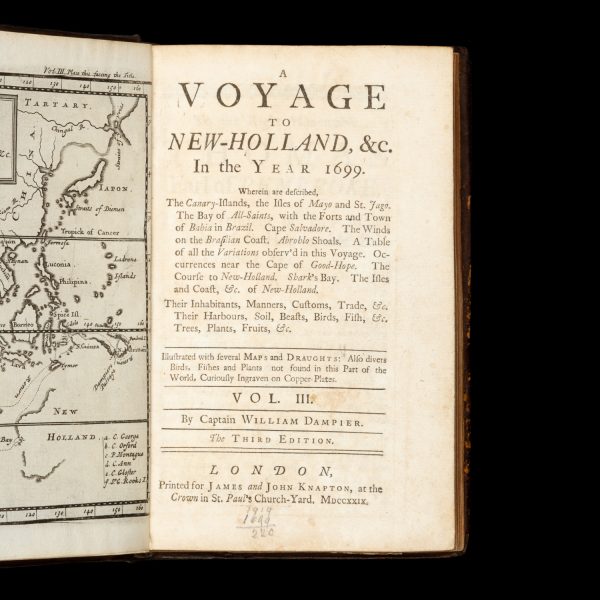 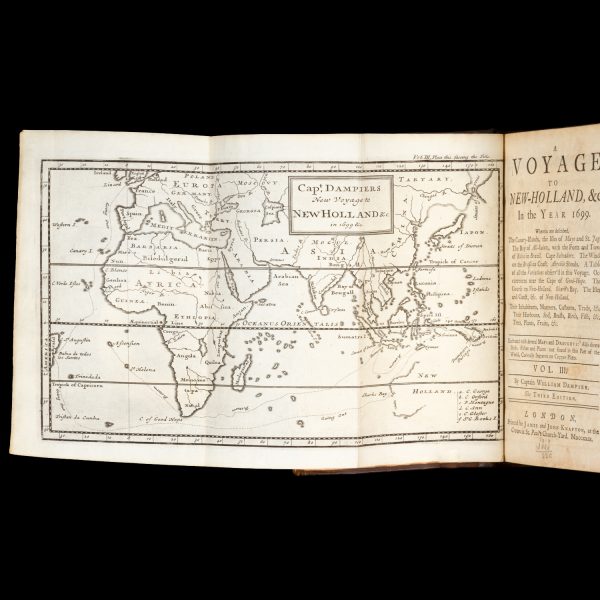 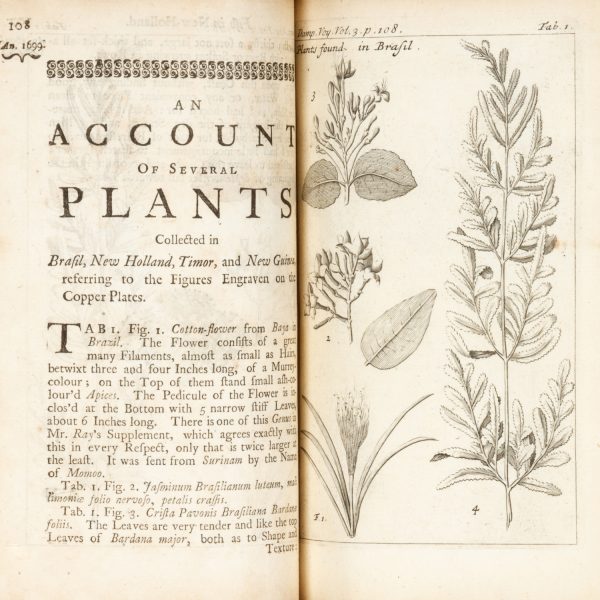 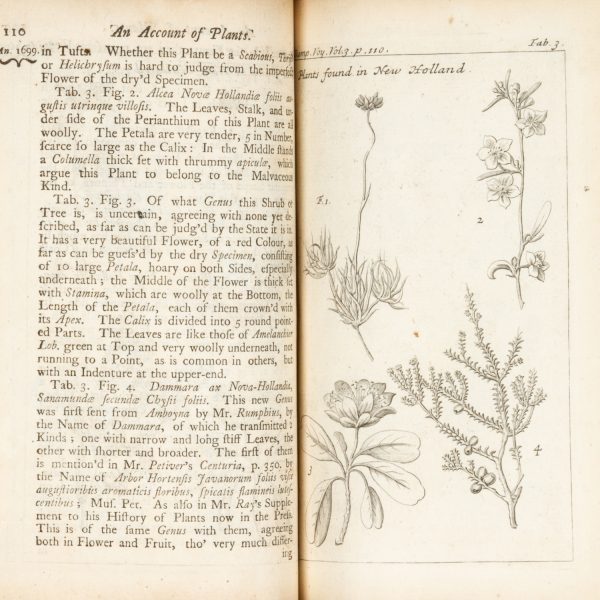 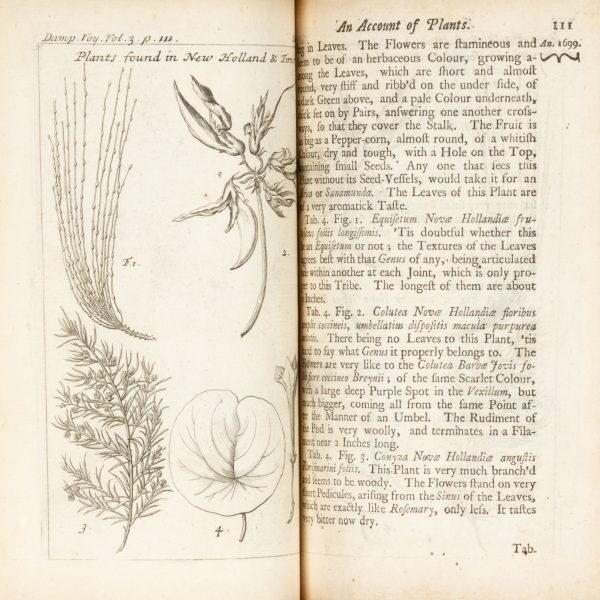 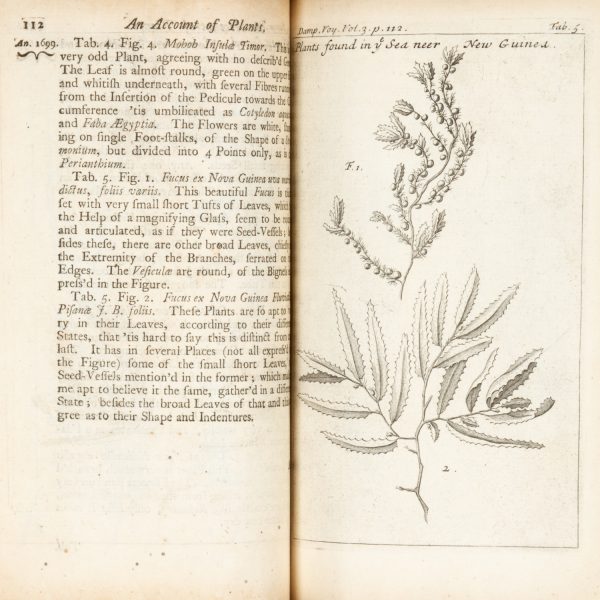 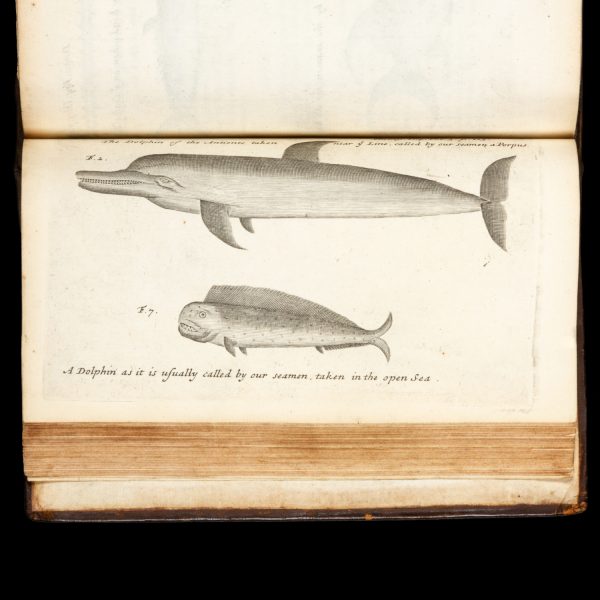 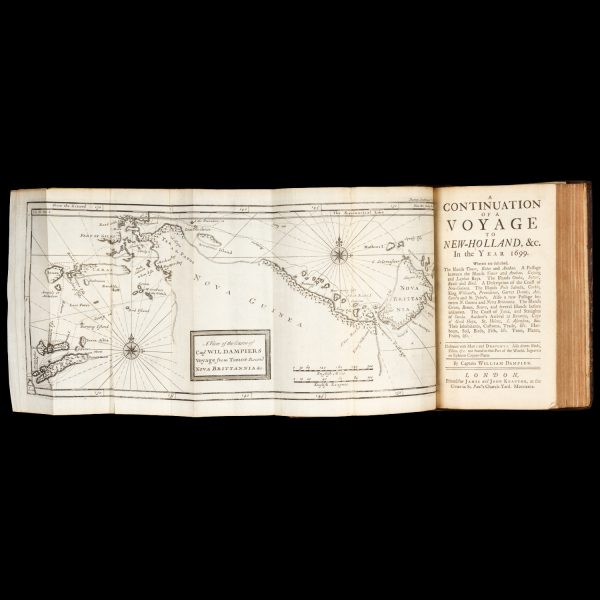 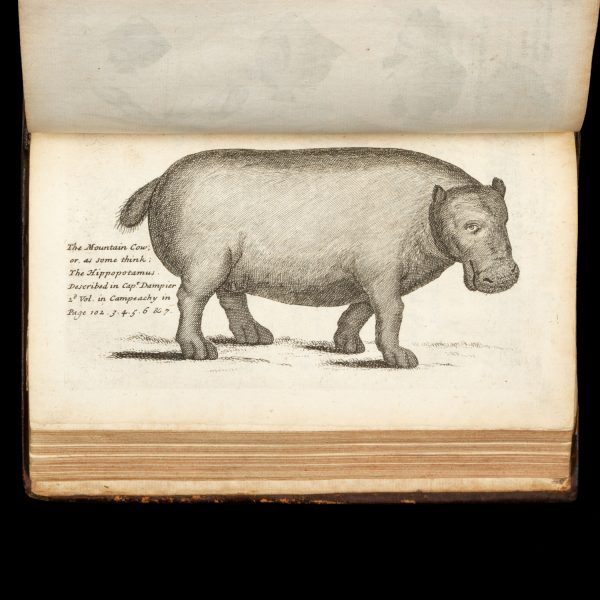 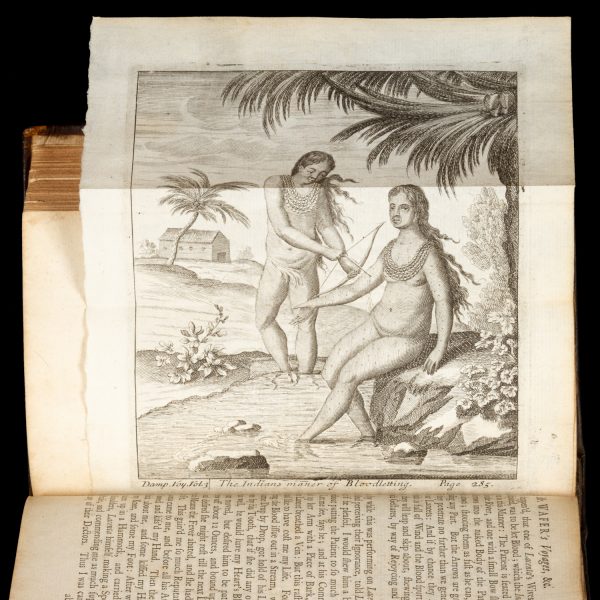 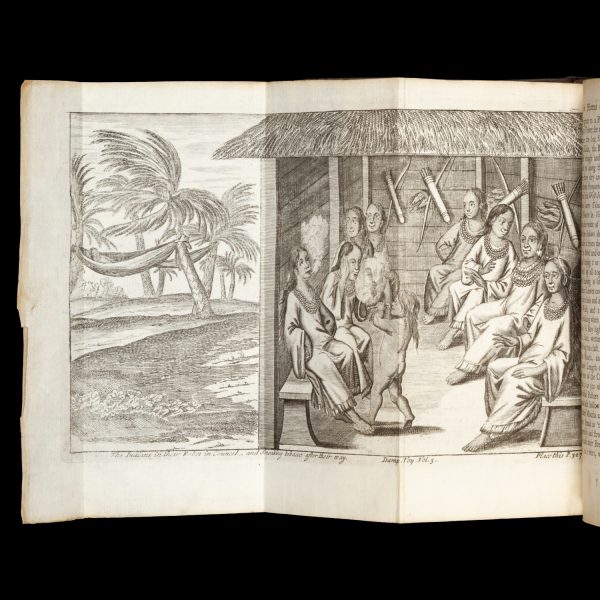 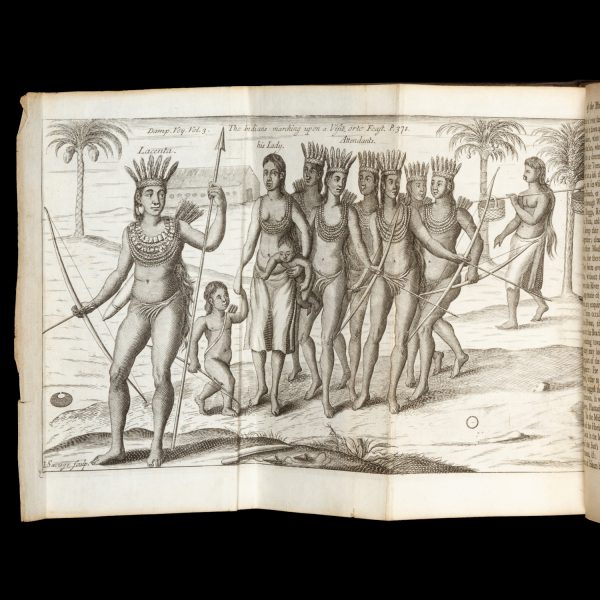 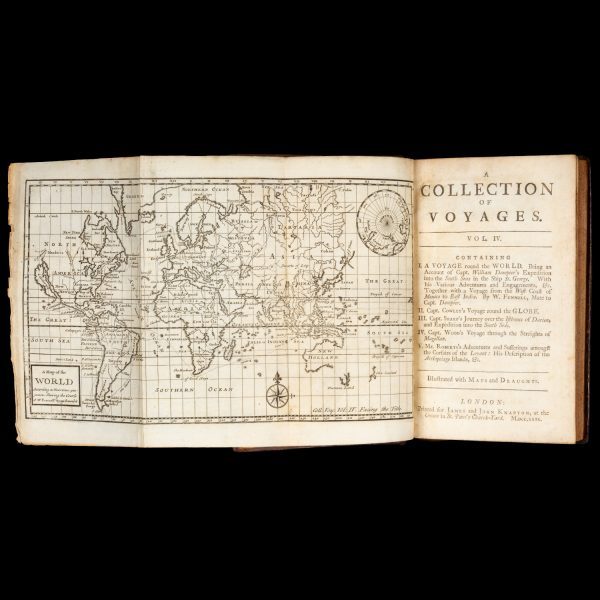 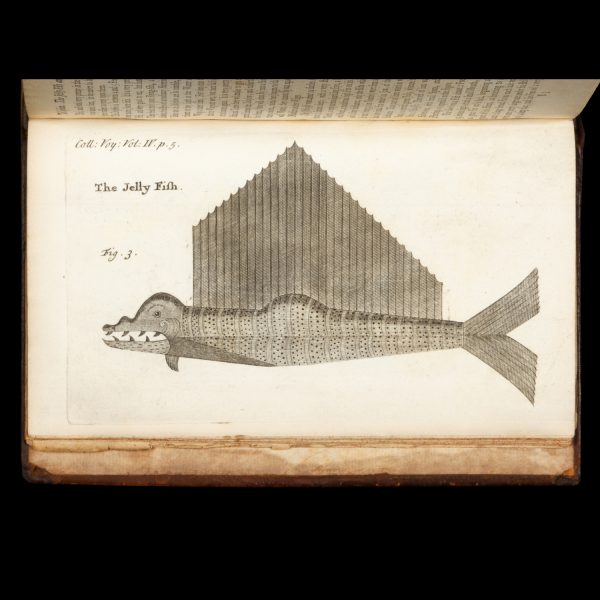 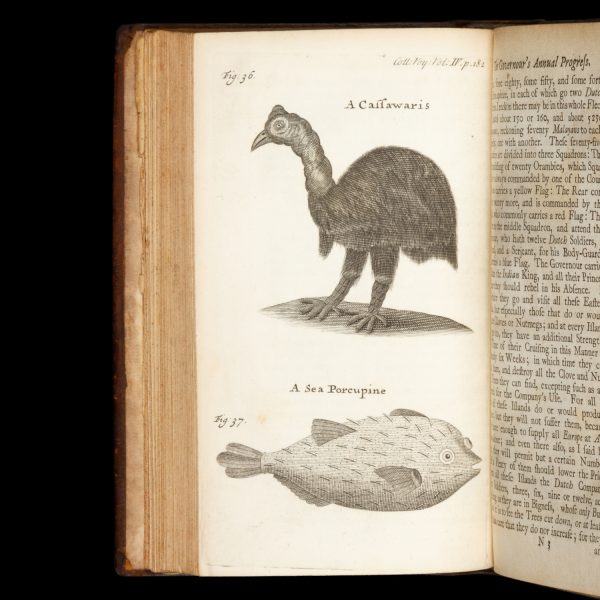 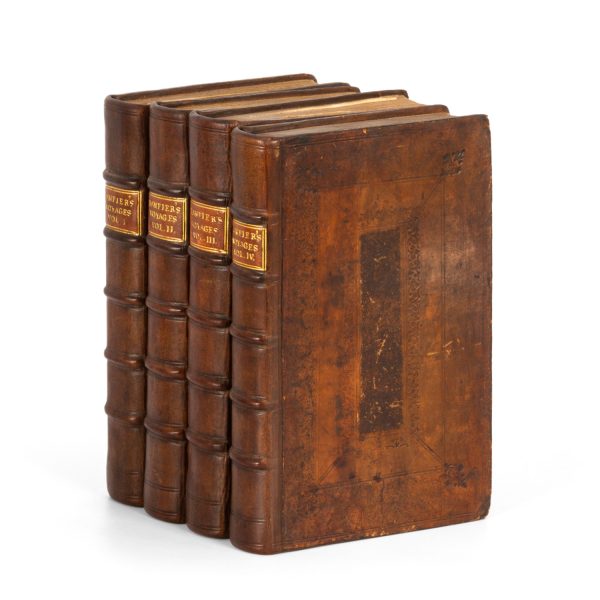 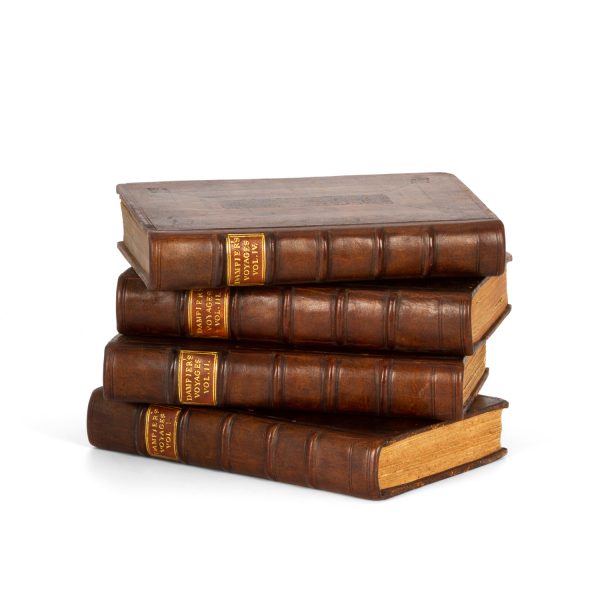 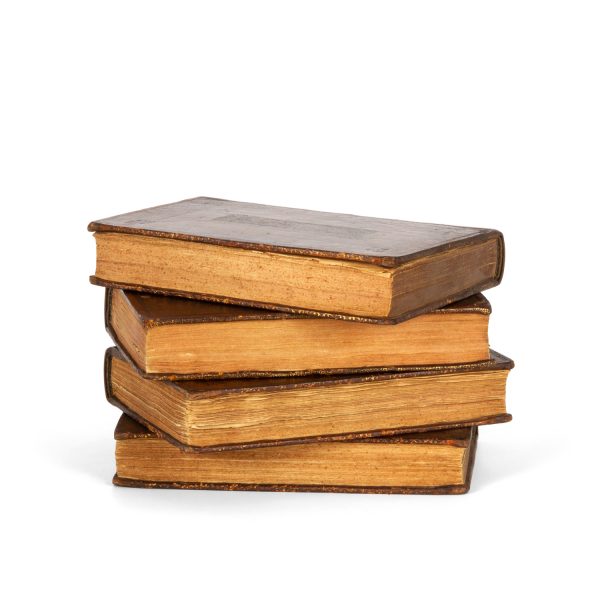 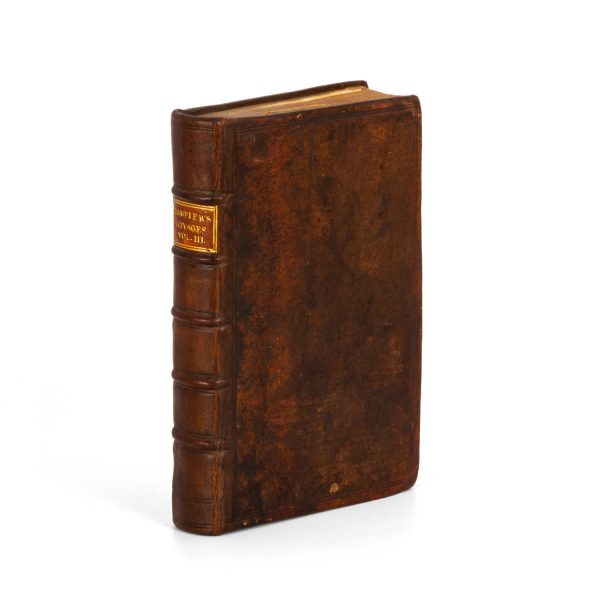 A Collection of Voyages.

In four volumes. Containing I.  Captain William Dampier’s voyages round the world : describing particularly, the coasts and Islands in the East and West-Indies. The South-Sea coasts of Chili, Peru, and Mexico. The countries of Tonquin, Achin and Malacca. The Cape of Good Hope, New-Holland, &c. II. The voyages of Lionel Wafer; giving an account of his being left on the isthmus of America, amongst the Indians, and of their treatment of him; with a particular description of the country &c. Also the natural history of those parts. By a Fellow of the Royal Society. And Davis’s expedition to the Golden Mines. III. A voyage round the world: containing an account of Cap. Dampier’s expedition into the South-Seas in the ship St. George. With his various adventures and engagements, &c., together with a voyage from the West Coast of Mexico to East-India. By W. Funnell, Mate to Capt. Dampier. IV. Capt. Cowley’s voyage round the globe. V. Capt. Sharp’s journey over the isthmus of Darien, and expedition into the South-Seas. VI. Capt. Wood’s voyage through the straights of Magellan. VII. Mr. Roberts’s adventures and sufferings amongst the corsairs of the Levant: his description of the archipelago islands &c. Illustrated with maps and draughts: also several birds, fishes, and plants, not found in this part of the world: curiously engraven on copper-plates. London : James and John Knapton, 1729. Four volumes, octavo, contemporary full calf (Volumes 1.2 and 4 with panelling), rebacked, matching spines with gilt-lettered leather title labels. Volume 1: pp. [x], vi, 550, [iv – advertisements], 4 engraved maps (3 folding). “The seventh edition”. Volume 2: pp. [viii], 184, 132, [iv], 112, [lxxvi – index], 4 folding maps. Volume 3: armorial bookplate of Charles Pye to pastedown, pp. [xvi], 475 (mis-paginated), [ix – index], 37 plates and maps (6 folding). “The third edition”. Volume 4: pp. [xvi], 208, [viii – index], 175, [ix – index and advertisements], 18 plates and charts (8 folding); contents complete and clean across the four volumes, a very good made-up set (the binding of Volume 3 being a near-identical match for the other three, aside from the panelling).

William Dampier, explorer, pirate, naval officer, navigator and true swashbuckling adventurer, circumnavigated the globe three times. On two of these important voyages Dampier visited New Holland. In January 1688 he became the first known Englishman to set foot on Australian soil when the Cygnet anchored at King Sound on the northwestern coast of Australia. Dampier published separate accounts of his voyages in 1697 and 1699. Both achieved widespread popularity and were reprinted a number of times, in English, French, Dutch and German.

This is the first collected edition of Dampier’s works (hence the “seventh” and “third” editions of particular volumes), enhanced and expanded from the earlier editions by the presence of an alternative account of Dampier’s last voyage in the St. George by William Funnell, a voyage account by Dampier’s associate Lionel Wafer, and also William Hacke’s edition of the privateering voyages made by Cowley, Sharp, Wood, and Roberts. These accounts provide significant descriptions of Virginia, the West Indies, Mexico, Peru, the Galapagos Islands, China, Manila, the Malay Archipelago, and – most significantly – New Guinea and New Holland. As well as numerous important maps and charts the four volumes contain plates depicting the indigenous peoples and flora and fauna of these regions, in particular South America, New Guinea and New Holland.

A Collection of Voyages has long been scarce, and its desirability is stressed by Davidson: ‘… the best and most sought-after edition of the work. If possible, this is the edition to add to a collection.’

‘Considered by many to be the best edition… Dampier’s accounts show him to have been a careful observer of everything affecting navigation and of the natural history of the lands he visited… Through his writings, Dampier made known the profitable possibilities of the Pacific’. (Hill)