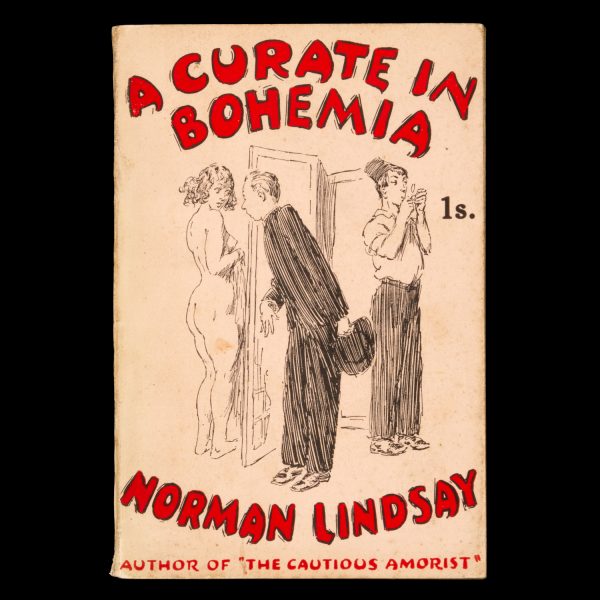 A curate in Bohemia.

The first edition of 1913 caused a scandal when the pictorial wrapper depicts a model with her breasts uncovered. The edition was suppressed and the breast covered in future editions. It appears the English public were less prudish than the Australians, and in this ‘popular edition’ the place of bosom on the cover is restored. Lindsay’s original cover is not used, the image reproduces the drawing found on page 115 of the novel.