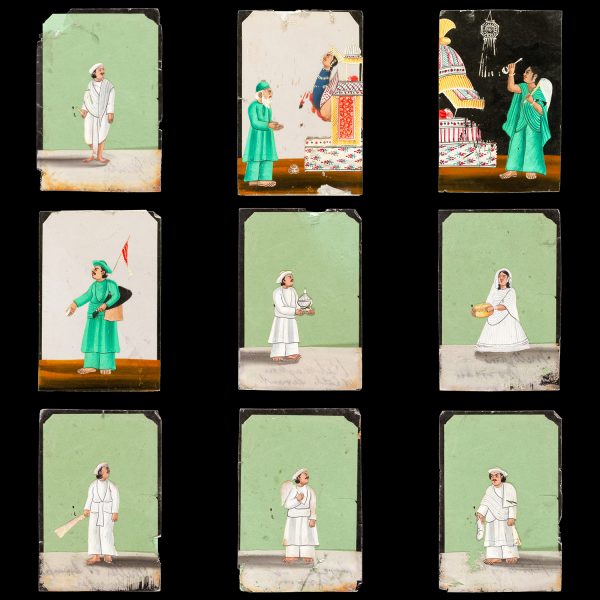 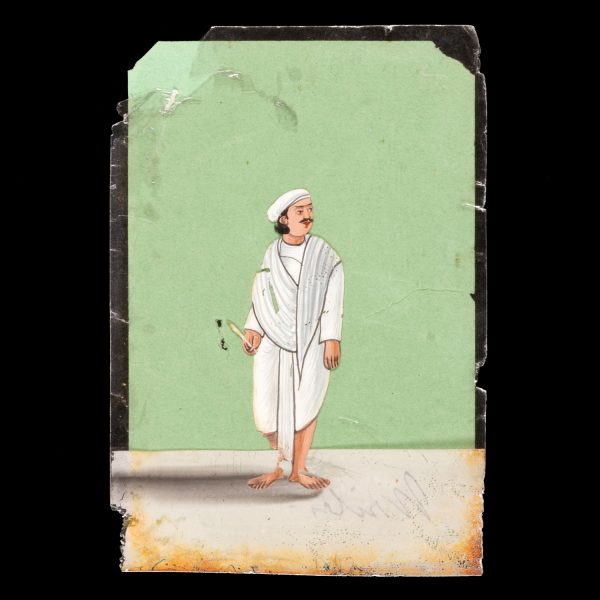 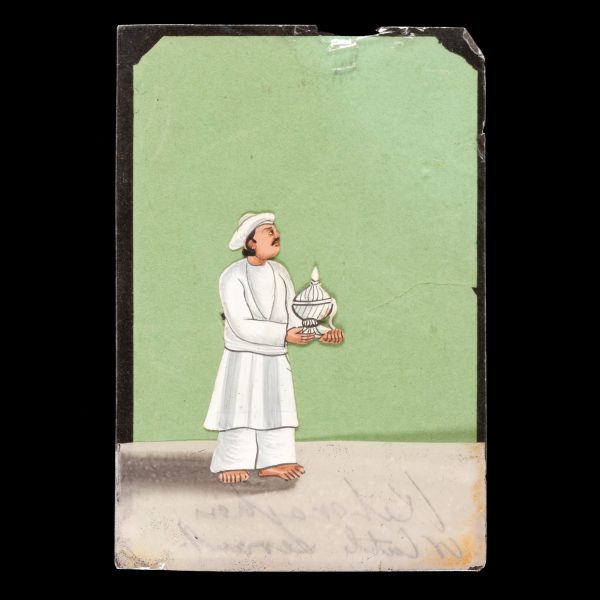 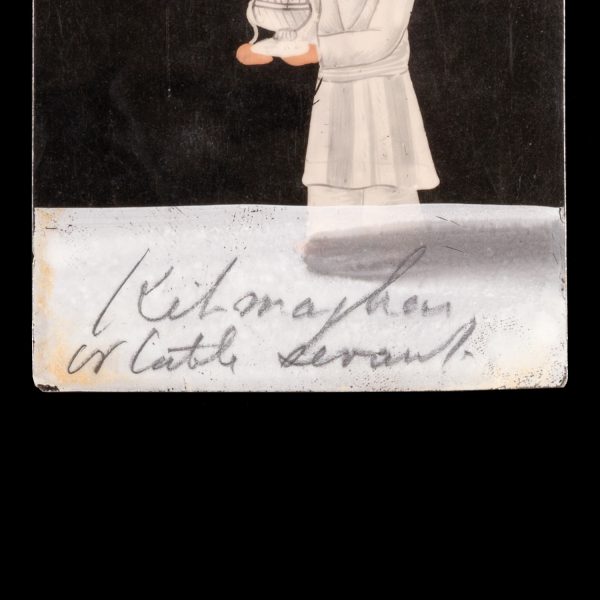 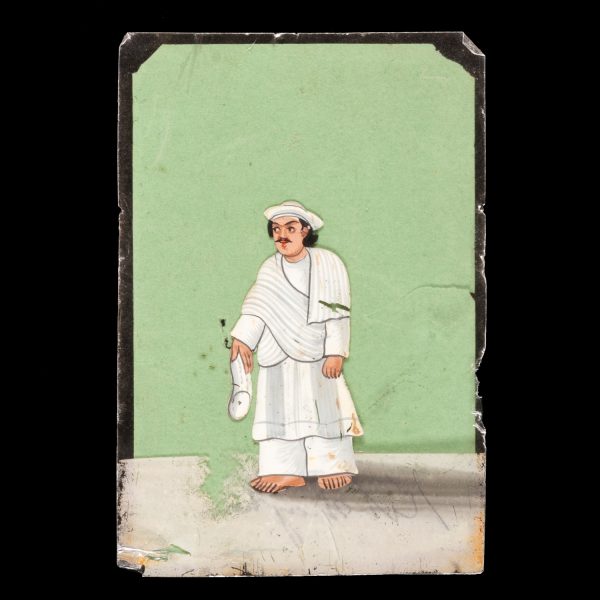 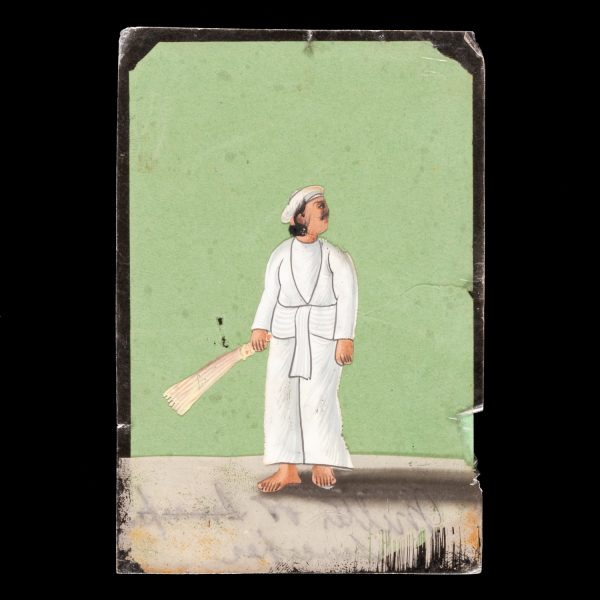 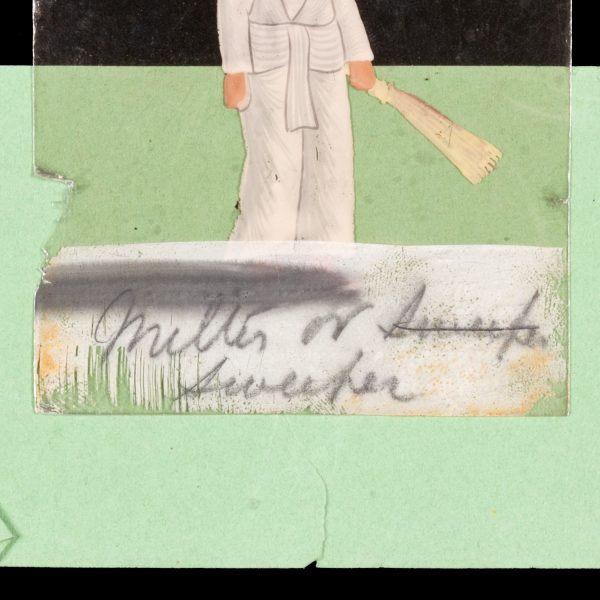 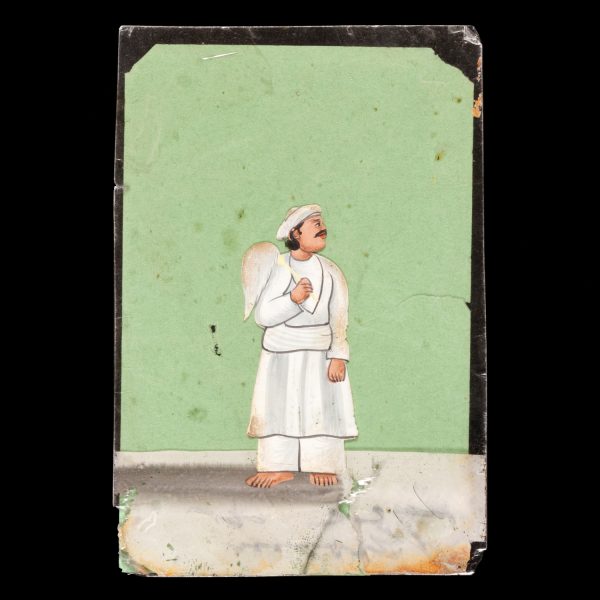 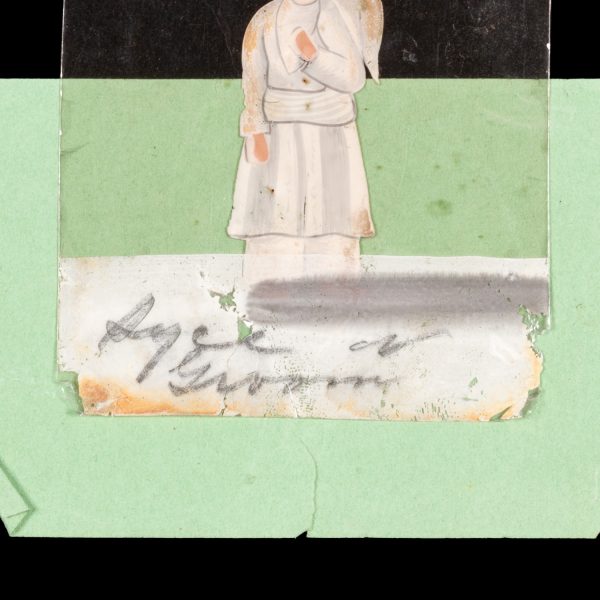 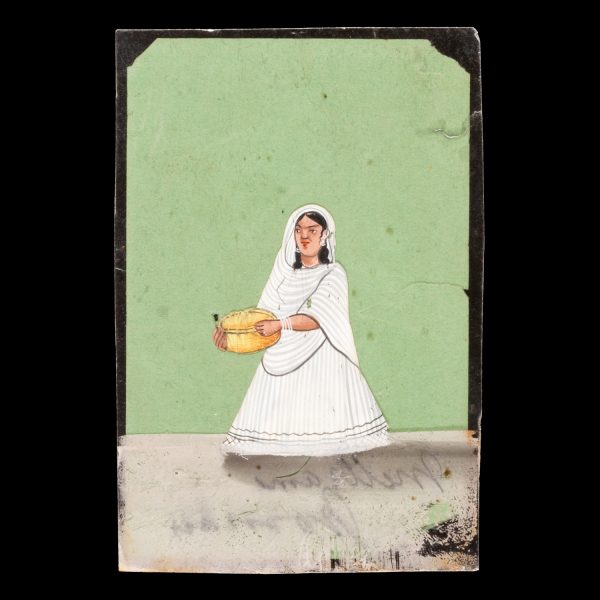 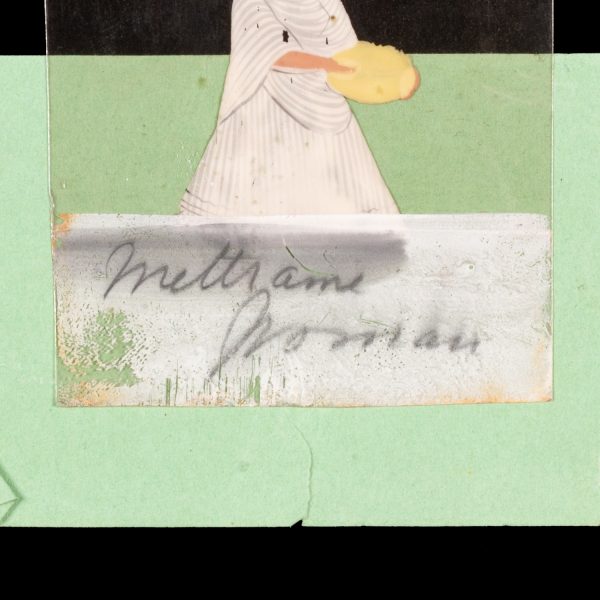 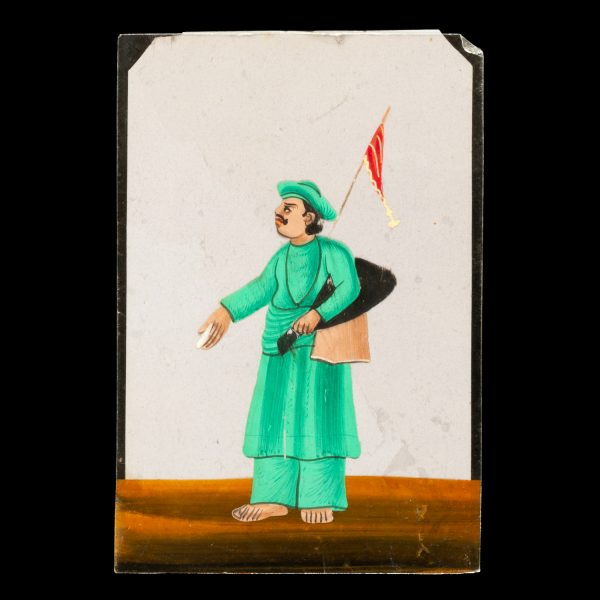 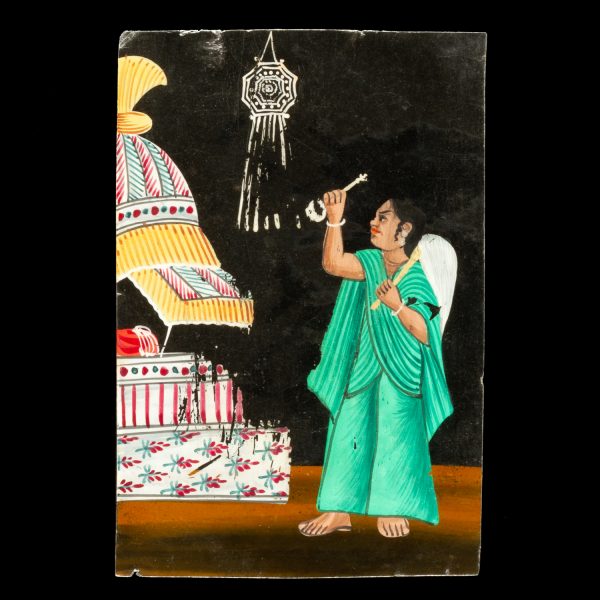 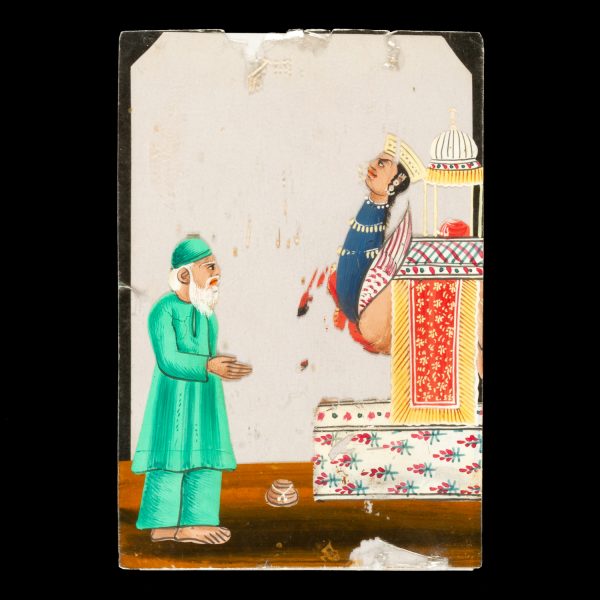 A group of nine Company School paintings on mica. India, circa 1860.

Gouache on mica sheets, in a uniform 103 x 70 mm format, with the original owner’s captions in pencil to the bottom margins of the versos; most of the delicate mica mounts have a small amount of damage at the edges, but the images of Indian types are well preserved. These paintings were carefully removed from window mounts in an early 1860s carte de visite album belonging to the family of wealthy Scottish-born Australian pastoralist Alexander Sloane, of Mulwala and Savernake Stations, southern New South Wales; we have photographed them against the original mauve and green paper backing sheets which were in the album mounts.

Indian paintings of the so-called Company School – a name derived from its association with the East India Company (1600-1858) – represent a hybrid of Mughal and European styles. Essentially an art style that developed out of the European demand for souvenirs, the Company School reached its height of popularity in the mid nineteenth century. Company paintings on mica – a colourless, transparent mineral with a crystalline structure that naturally cleaves into flexible sheets – were designed to be portable; they were generally in a very small-scale format (like the present group), and it is well documented that they were sold to tourists in the bazaars in small packets of up to a dozen. Executed by Indian artisans, their subject matter consisted chiefly of, but was not exclusively limited to, occupational types. However, the key common denominator in mica paintings is their exotic content, and it was this factor that provided most of their appeal for Westerners. Production was centred around Benares and Patna in the north, and Trichinopoly in the south, since in both regions major deposits of mica are to be found.

The present group are slightly atypical of most surviving Indian paintings on mica in that they were never mounted onto paper underlays.

The Wellcome Collection, London, houses the most substantial collection of extant Company paintings on mica.