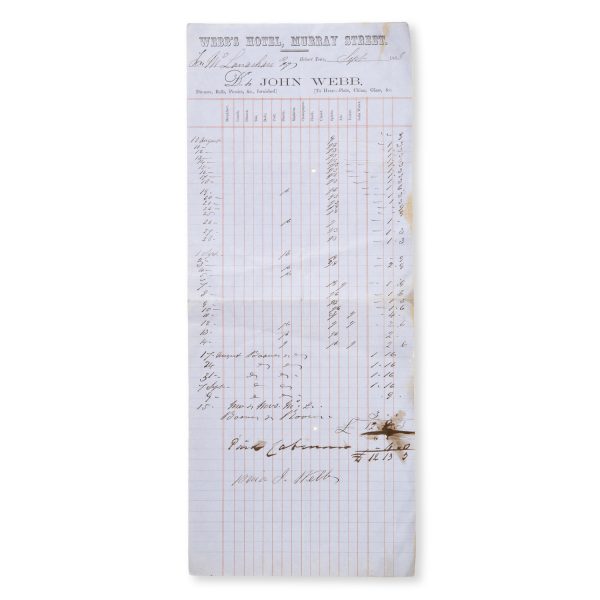 Lithographed letterhead for Webb’s Hotel, Murray Street, Hobart Town (John Webb, proprietor), 410 x 170 mm; simply dated ‘September 1868’, the manuscript entries are a running account for James McLanachan, Esq. (landowner at Tunbridge, north of Oatlands, and member of the House of Assembly), for alcoholic beverages consumed at the hotel between 10 August and 15 September, and for room and board on a succession of Mondays (accompanied once by his wife, Mrs. McLanachan); almost every day, James called in at Webb’s and drank one or two nips of spirits (probably whiskey) at 1s/3d each, and occasionally also downed a glass of sherry (6d) or a porter (1s); his monthly expenditure totalled £12/13s/3d, about £4 of which went on alcohol; the account is annotated at the foot by the publican ‘Paid / J. Webb’; original fold lines, small spike hole, in vEry good condition; a fascinating document.