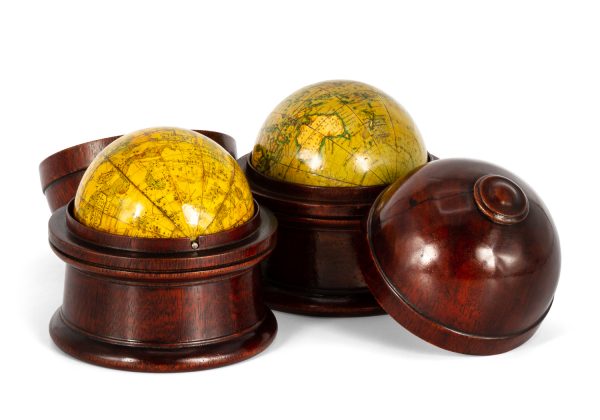 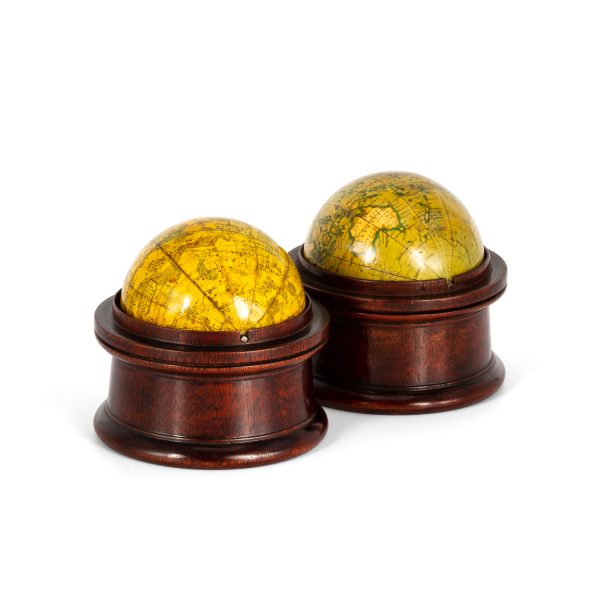 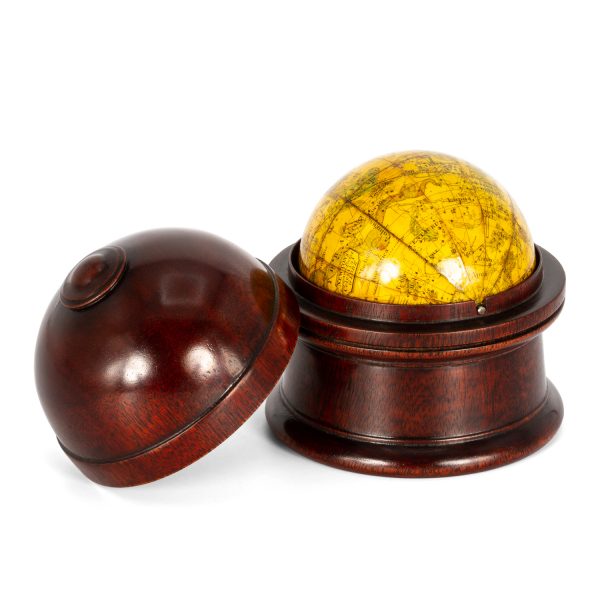 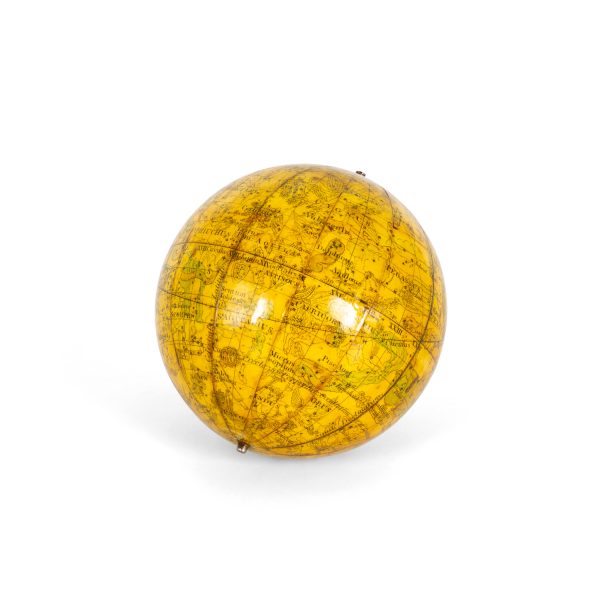 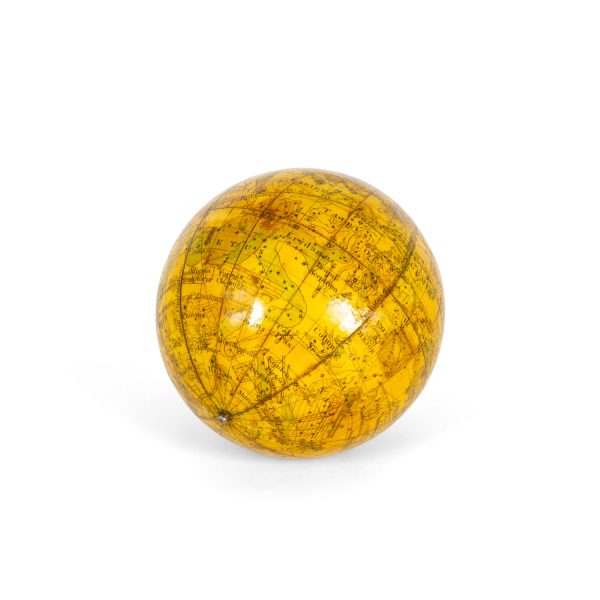 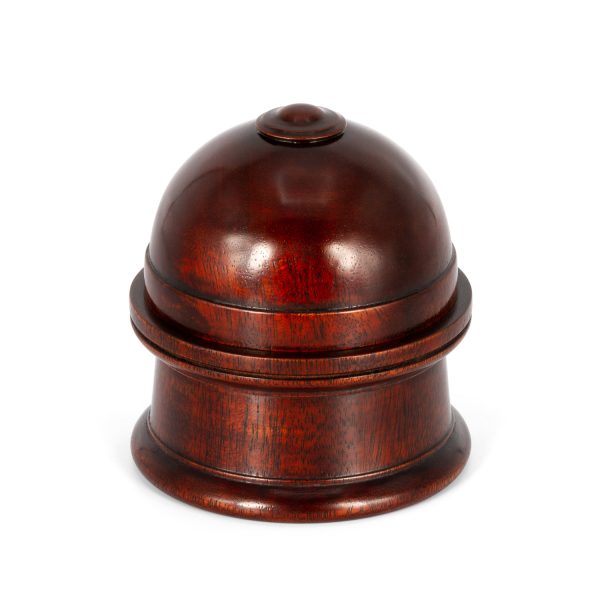 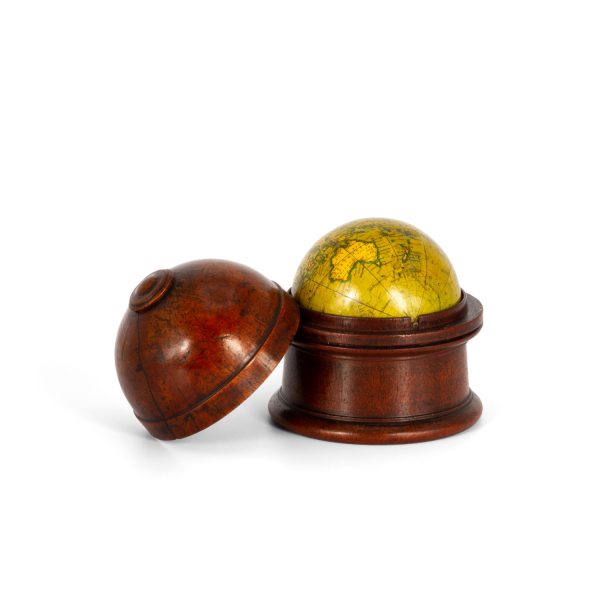 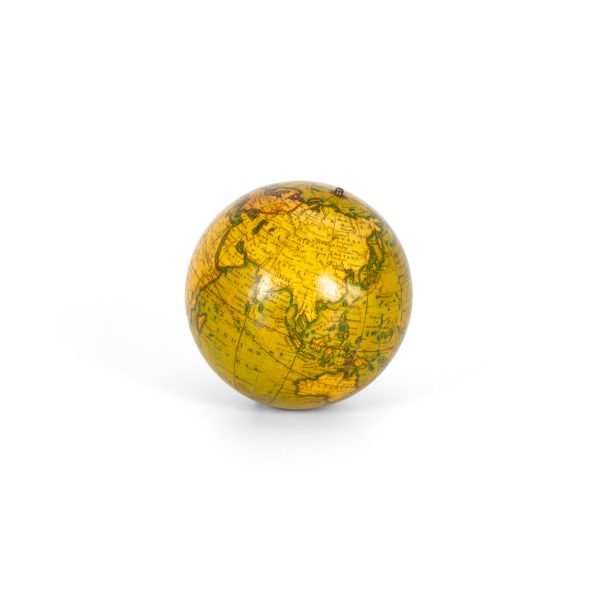 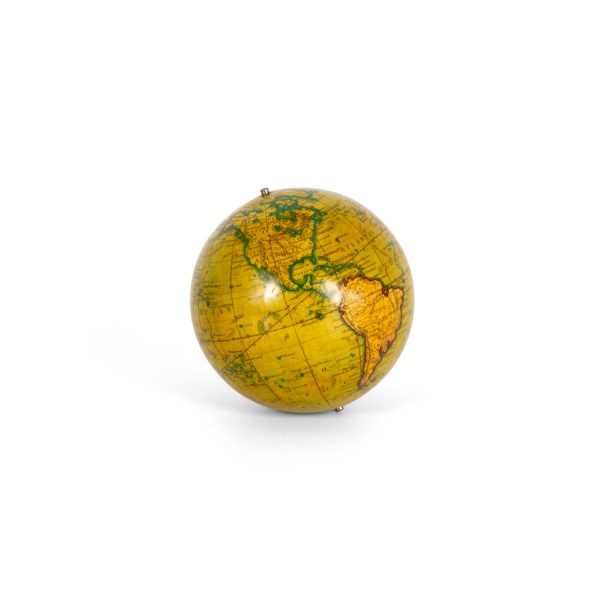 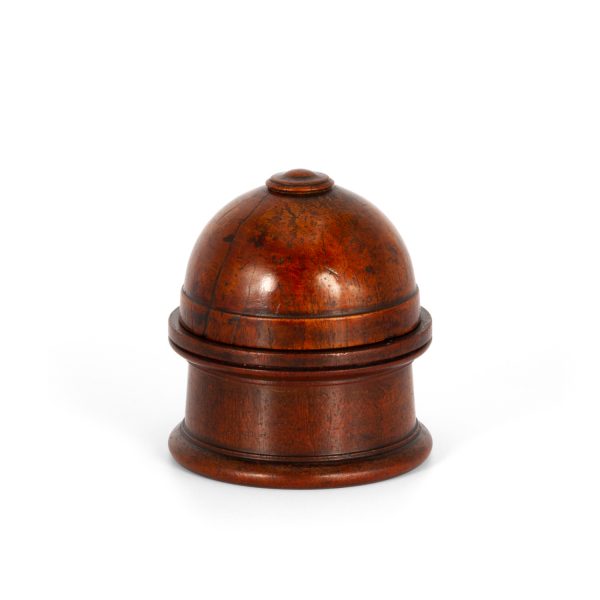 A matching pair of cased terrestrial and celestial pocket globes.

Newton’s new & improved terrestrial globe containing the latest discoveries. [London] : Published by J. Newton & Son, 66 Chancery Lane, & 3 Fleet St., Temple Bar [between 1852-58]. Terrestrial globe, 3 inches in diameter, hand-coloured printed gores over plaster base, two metal pins, housed in the original hand-turned mahogany case; inscribed on the base ‘G. Phillips, a gift from his affectionate mother, October 1858’. A couple of cracks filled in on the case, but a fine example.

Another example of this pair is represented in the Royal Museums Greenwich collection, where the celestial globe is described as follows: ‘The globe is divided into hour circles every 15 degrees, with parallels for every 10 degrees. The equator is graduated twice, in degrees and hours, and the ecliptic is graduated in degrees and labelled with the symbols of the signs of the zodiac. Stars on the sphere are represented by different symbols and marked by their Bayer notation. The Milky Way is labelled, as are 31 stars and one group of stars’.