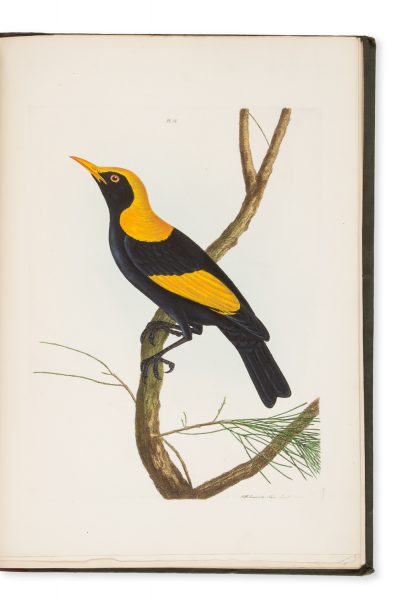 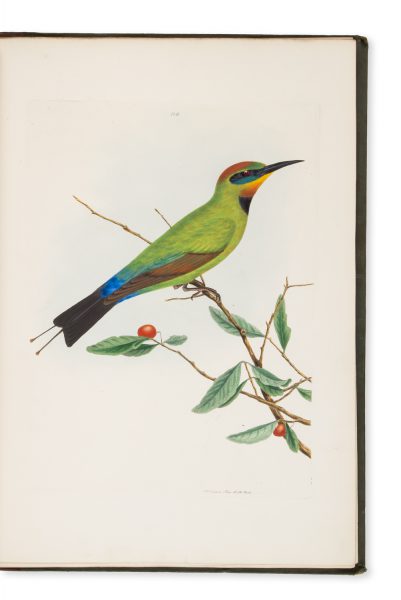 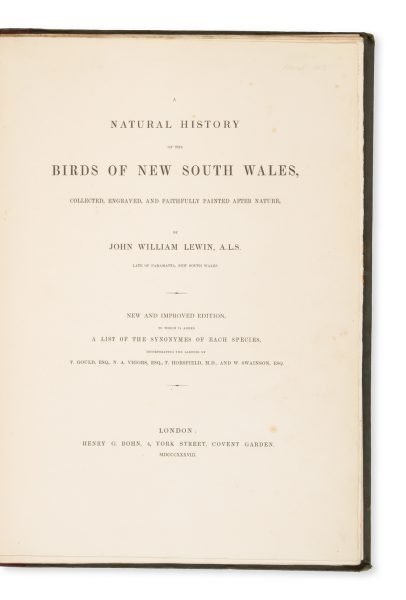 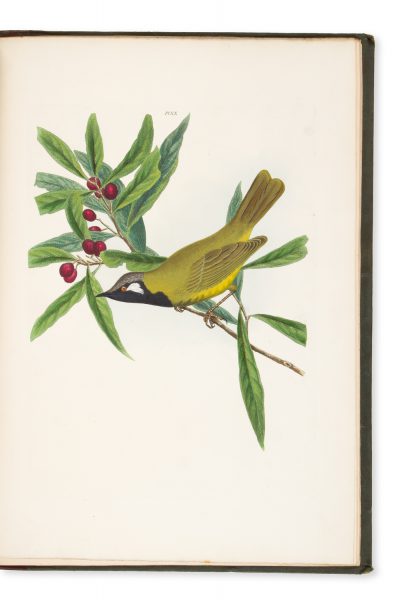 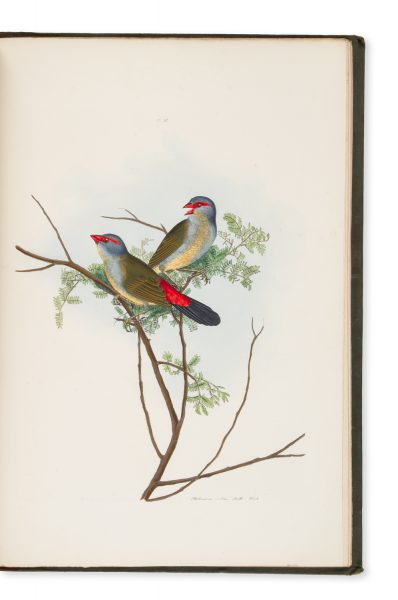 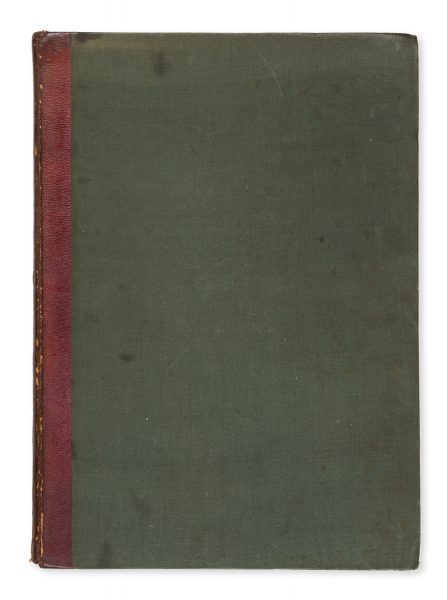 A natural history of the birds of New South Wales, collected, engraved and faithfully painted after nature. By John William Lewin, A.L.S., late of Paramatta, New South Wales. New and improved edition, to which is added a list of the synonymes of each species, incorporating the labours of T. Gould, Esq., N. A. Vigors, Esq., T. Horsfield, M.D., and W. Swainson, Esq.

A fine example, in original condition, of one of the rarest illustrated works of Australian natural history.

The naturalist and natural history artist John William Lewin arrived in New South Wales in 1800. Under the patronage of Governor King he was able to sketch and collect specimens in uncharted and exotic locations. He was allowed to join expeditions to the Hunter and to Bass Strait, as well as to make a voyage to Tahiti. His first collection of copperplate engravings, The Natural History of Lepidopterous Insects of New South Wales, was published by his brother Thomas in London in 1805. Lewin probably completed the copperplates for his Birds of New South Wales some time in 1805, and The Birds of New Holland, with their Natural History was published, again by Thomas Lewin, in London in 1808. Only six copies of this work are known to be extant, all of these, including the copy given to George III, having been distributed in London. For reasons unknown – possibly fire or loss at sea – the shipment of several dozen copies destined for colonial subscribers never arrived in Sydney.

In the wake of this disappointment, Lewin decided to compile a colonial version of The Birds of New Holland. Without access to the original plates, which were in London, and deciding to undertake the authorship of the text to accompany the plates, Lewin was compelled to commence the venture completely anew. Making use of various earlier state plates the colonial edition, printed and bound by George Howe, eventually appeared in 1813. The Birds of New South Wales with their Natural History is recognised as the first illustrated book published in Australia, and contains some of the first engravings printed in New South Wales (Wantrup, Australian rare books 1788-1900, p.278, who refers to the eight known complete copies of this phenomenal rarity, describing the first edition as “virtually unprocurable”).

A third edition of A natural history of the birds of New South Wales was published in 1822, with some of the plates printed on paper watermarked “1825”. This finely coloured volume is the fourth edition of 1838, revised by Gould, Vigors and Horsfield, presenting the birds highlighted with striking and bold gouache in contrast to the duller watercolour of the 1822 edition. In 1875 Quaritch published a fifth edition. All editions of Lewin’s Birds are rare and desirable, with the 1822 and 1838 editions being the earliest realistically obtainable, both fine Australian colour-plate books but quite different in their presentation of the birds.