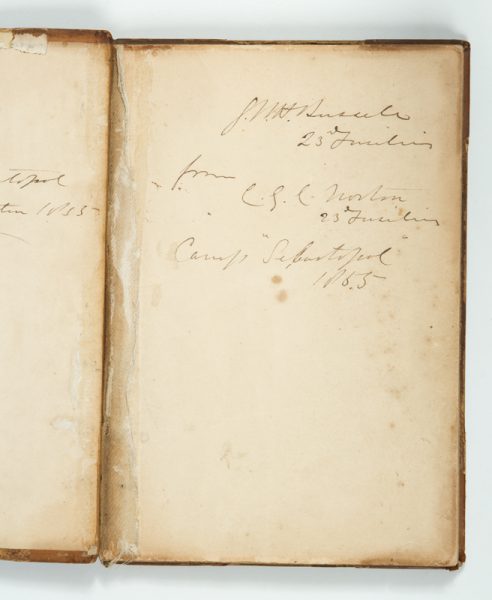 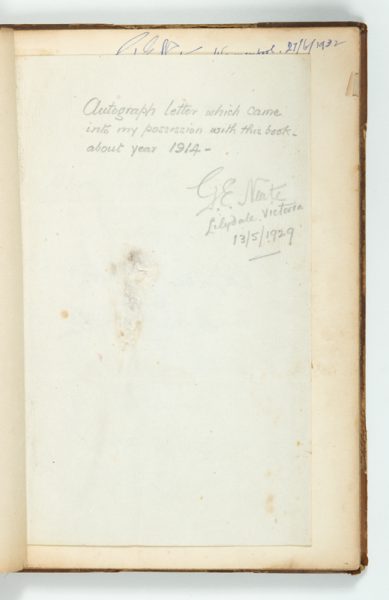 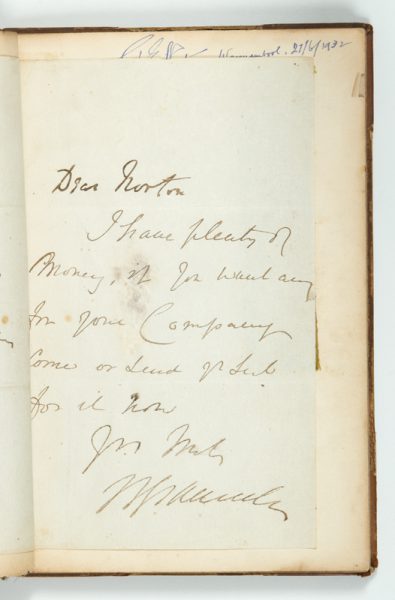 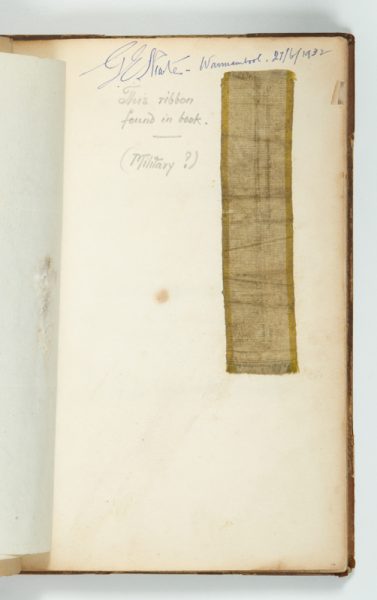 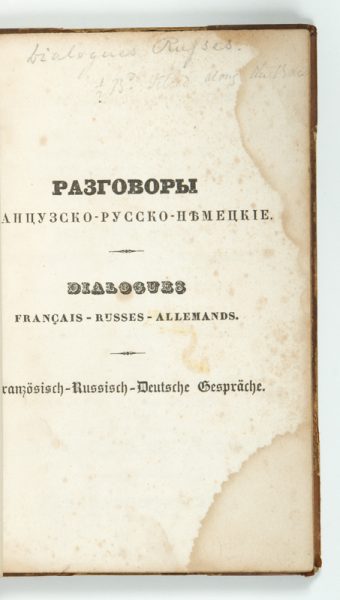 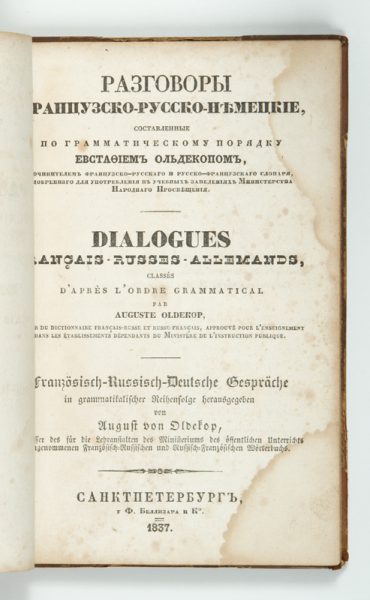 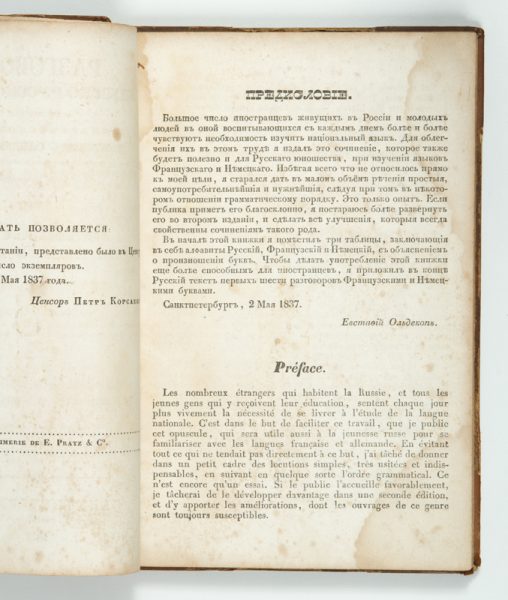 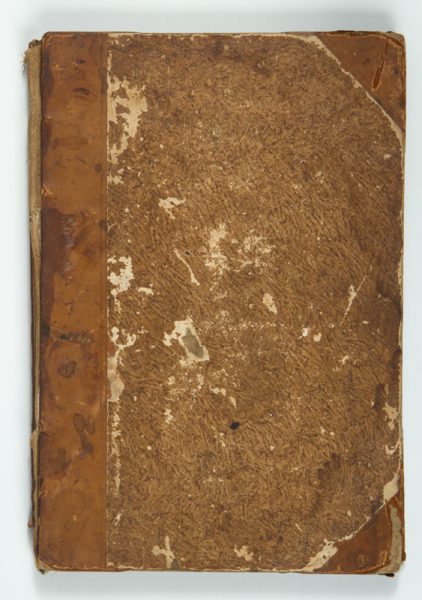 Sanktpeterburg : F. Bellizar, 1837. First edition. Octavo, contemporary half calf over papered boards (upper board detached, boards heavily scuffed and corners worn), original backstrip lettered in gilt (loss to leather at head and tail); front pastedown inscribed in ink ‘Found in Sebastopol, September 1855’; front free-endpaper with a presentation inscription in the same hand: ‘J.N.H. Russell, 23rd Fusiliers, from C.G.C. Norton, 23rd Fusiliers, Camp “Sebastopol”, 1855’; between the endpaper and first blank is a contemporary MS note, evidently written at Sebastopol in 1855 but tipped in at a later date: ‘Captain Norton. 23rd Fusiliers. Dear Norton, I have plenty of Money, if you want any for your Company, come or send yr. Lieut. for it now. [signed] Jn. McG[?] [xxxx]’, with a pencilled explanatory note on verso ‘Autograph letter which came into my possession with this book, about year 1914. G.E. Neate, Lilydale, Victoria, 13/5/1929’; on the recto of the first blank a silk ribbon is tipped in, with MS note to the page ‘G.E. Neate Warrnambool, 27/6/1932. This ribbon found in book. (Military?)’; pp xvi, 100; water staining at corners of leaves, with foxing and browning throughout; a few leaves with the remnants of pressed flowers; the book is complete and, in spite of its poor condition, speaks to us as a romantic relic of the Crimean War.

This unassuming Russian-French-German phrase book was souvenired in Sebastopol by a British officer following the entry of British and French forces into the city in September, 1855, at the end of the year-long siege – one of the most famous in military history. It was inscribed in situ and dedicated by its finder, Captain Norton of the 23rd (Royal Welch) Fusiliers, to a fellow officer, Captain Russell.

The first edition of von Oldekop’s phrase book appears to be quite a rarity in itself: no copies are located in OCLC or COPAC. A second edition by the same publisher was printed in 1838 (a single copy in OCLC, Thüringer Universitäts- und Landesbibliothek); the only edition in COPAC is a copy of the sixth edition, 1853 (University College, London).