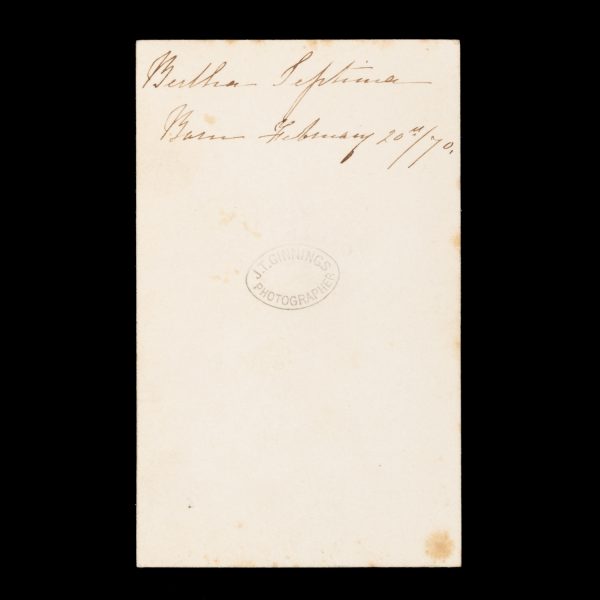 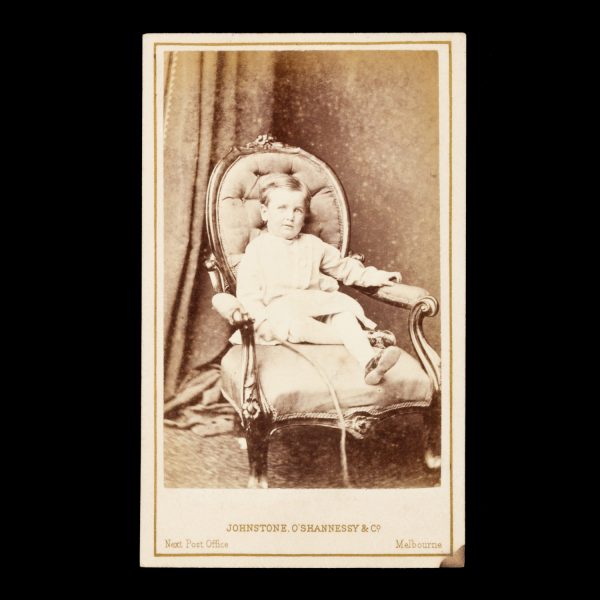 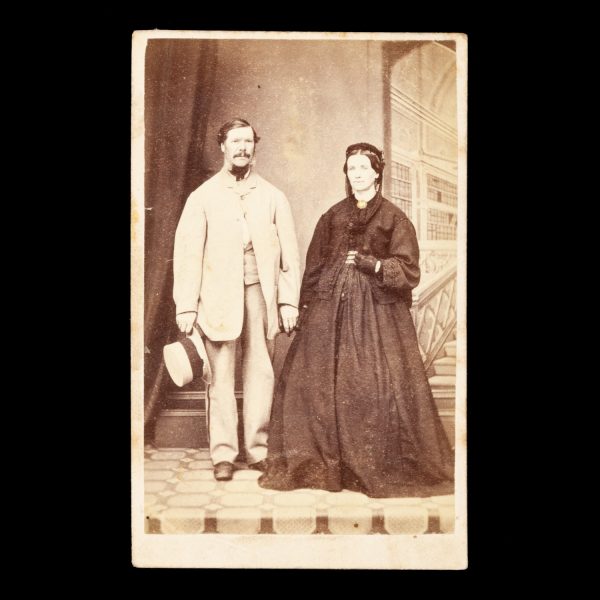 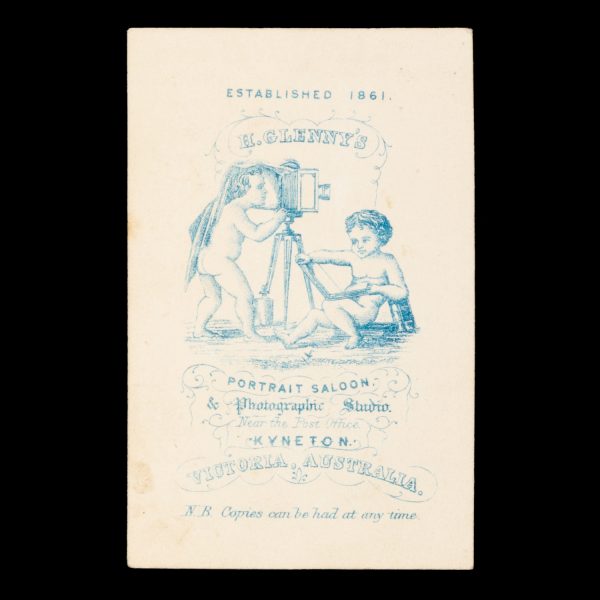 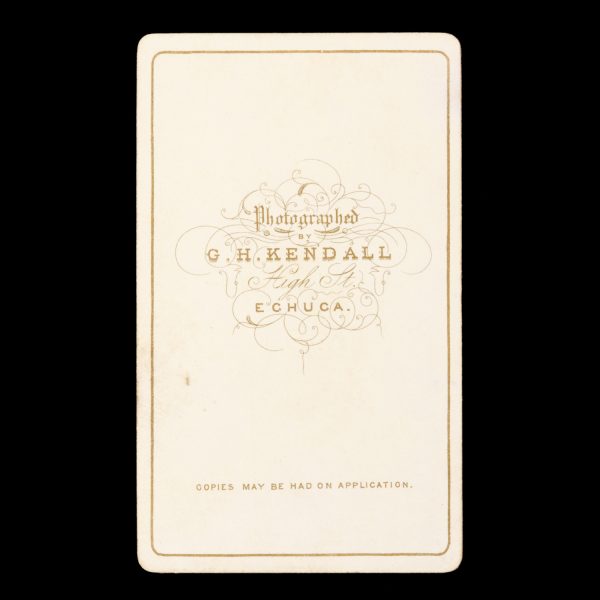 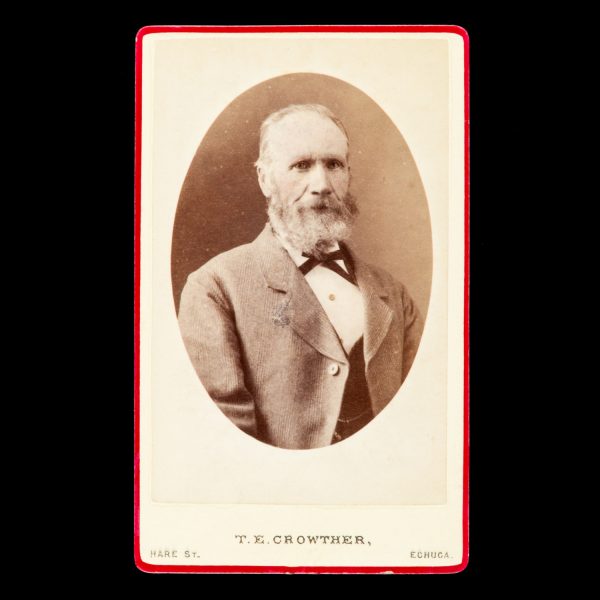 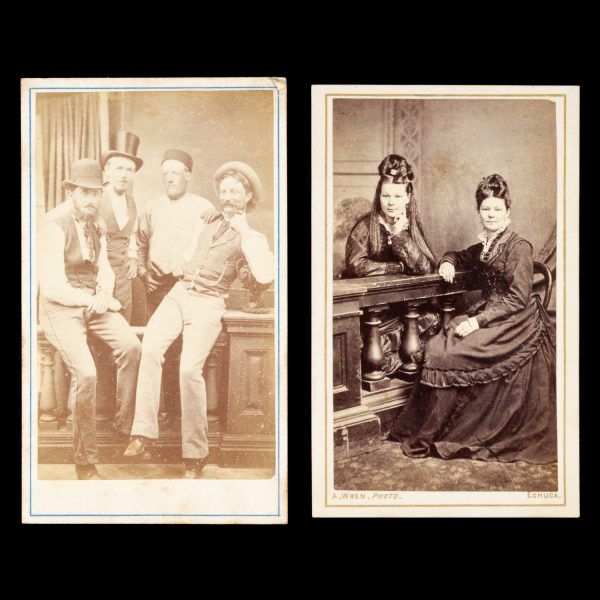 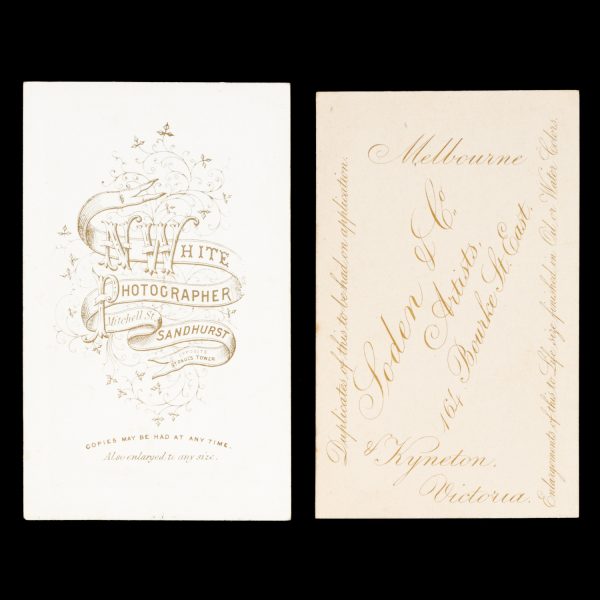 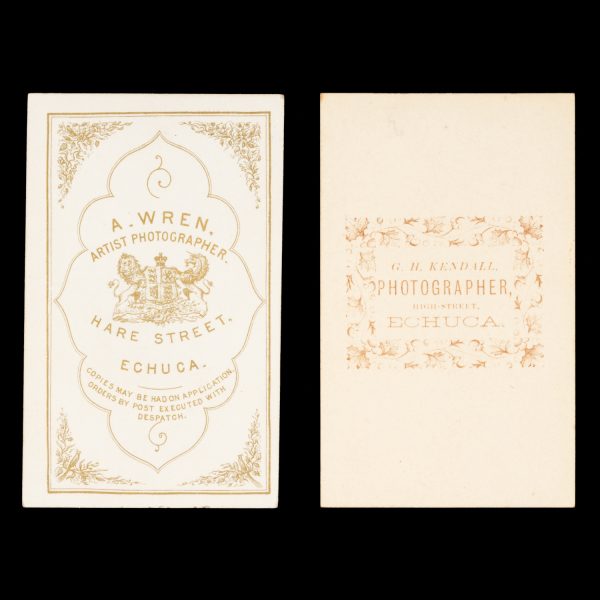 While only two of the portraits in this Victoria / New South Wales Riverina album have fully contemporary identifying captions on the back of the mount, those two clearly relate to many of the other sitters in the album and are critical in linking the album to the Officer-Blackwood and Watson clans.

From ADB: ‘Robert Officer Blackwood (1861-1940), businessman and pastoralist, was born on 24 June 1861 at Woodlands, near Crowlands in the Wimmera district of Victoria, eldest son of Richard Blackwood (d.1881), of Woodlands and Hartwood, near Deniliquin, New South Wales, and his wife Isabella, née Officer. He was a nephew of James and John Hutchison Blackwood.

Blackwood attended Melbourne Church of England Grammar School in 1878-79; he was a keen athlete and was in the football and rifle teams. In 1882 he matriculated and was admitted to Trinity Hall, Cambridge, where he took up boxing; he left the university that year. In 1886 he was runner-up for the amateur light-weight boxing championship of England. When Hartwood was put up for sale by his father’s executors in 1889, Blackwood returned to Australia and purchased it with his brothers George and Harry, taking over the management himself. In 1913 they sold the property to J. H. Patterson.’

The second key portrait in the album is one by Western District and goldfields travelling photographer J. T. Ginnings of a little girl identified as Bertha Septima / Born February 20th 1870. Owing to her unusual name, we can say with a good deal of certainty she is Bertha Septima Watson Stinson (1870-1903), the seventh daughter of James Watson, first Mayor of Deniliquin. She would marry Horace Albert Stinson (of Narrandera – residence “Loma Loma”) in the Scotch Church at Deniliquin in 1901, but she died tragically young at “Loma Loma” in January 1903. In the album, the portrait of little Bertha Septima (probably taken in 1871) is placed close to some fine portraits of her strikingly beautiful mother and older sisters. Intriguingly, they all appear to have Polynesian ancestry.

List of studios represented in the album, and their locations: