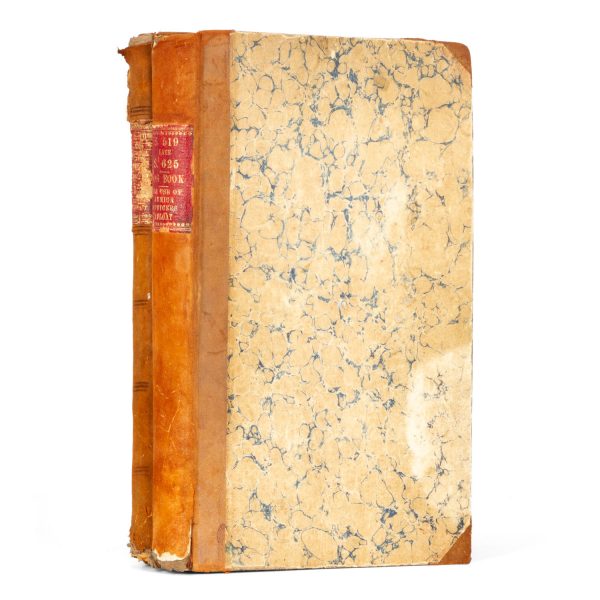 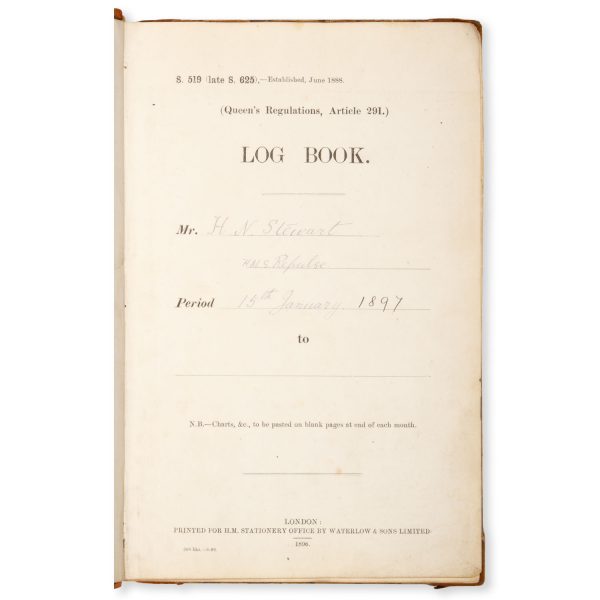 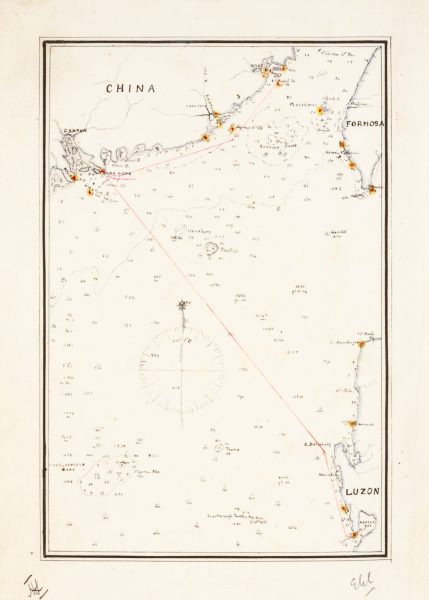 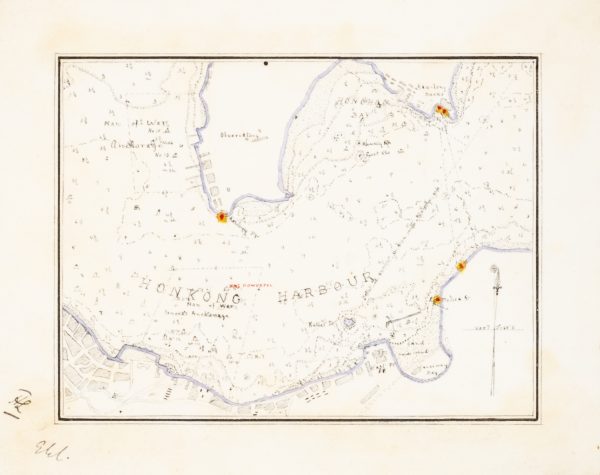 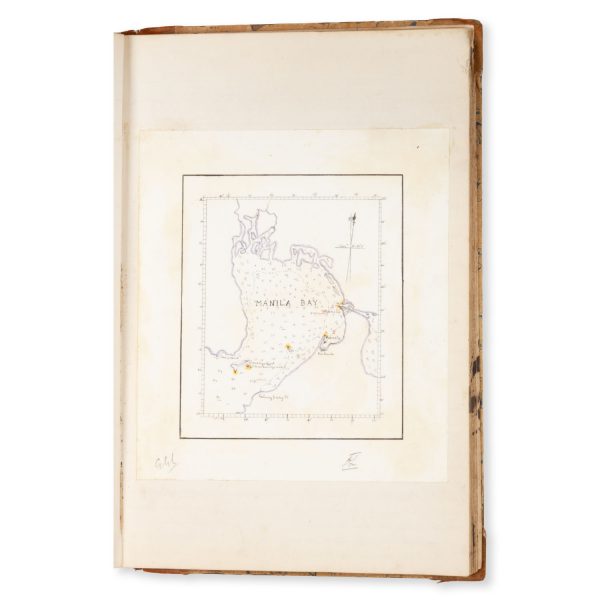 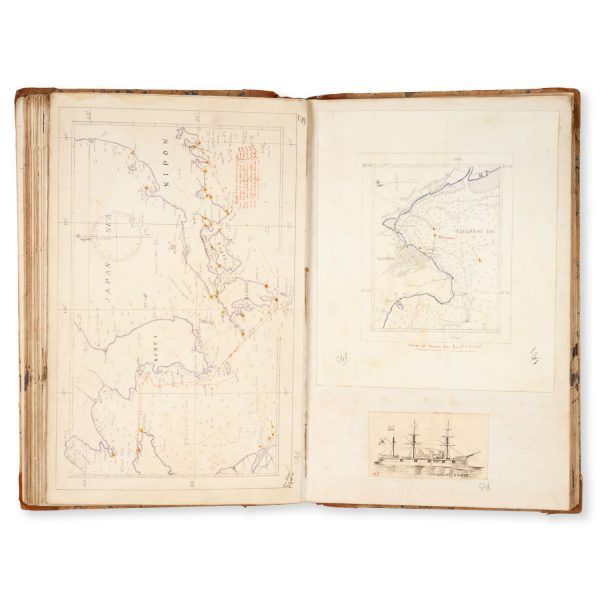 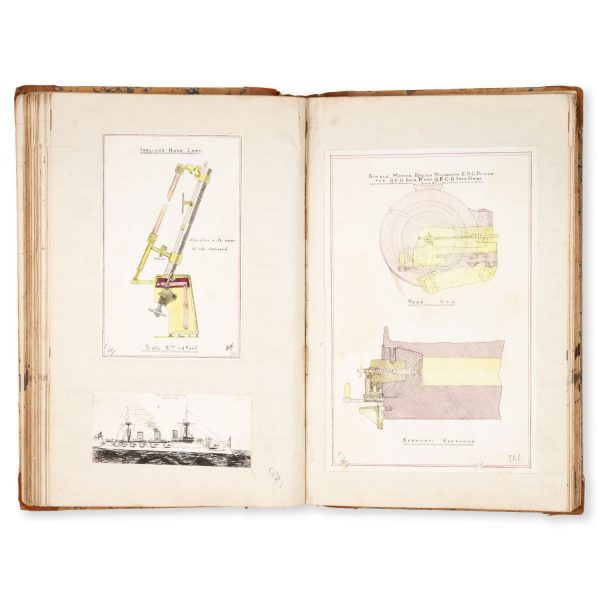 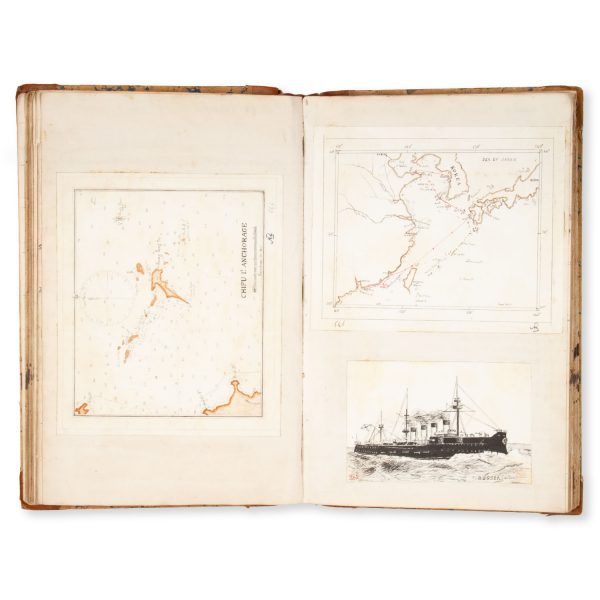 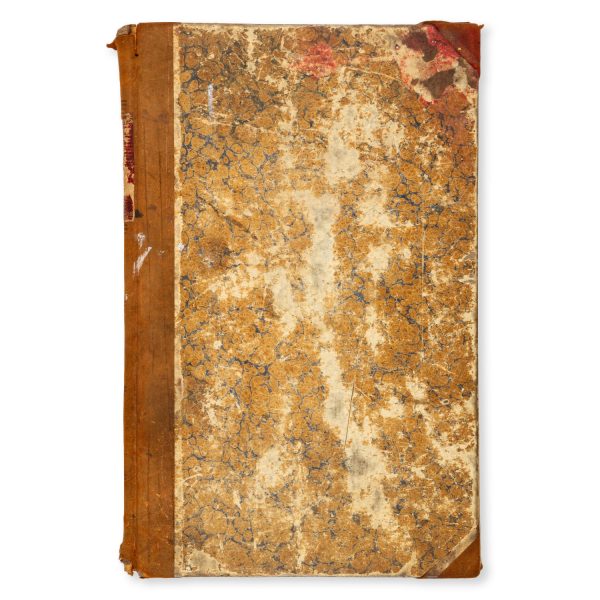 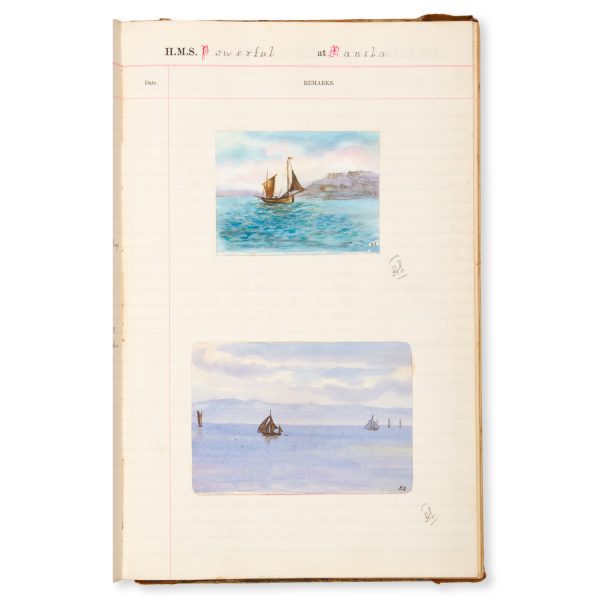 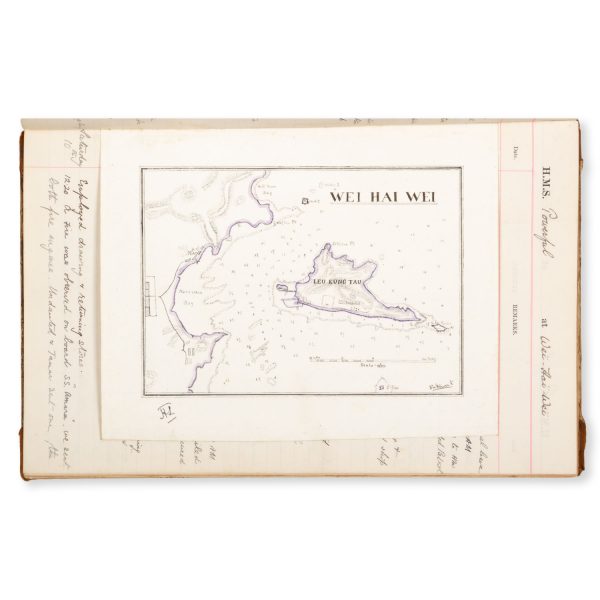 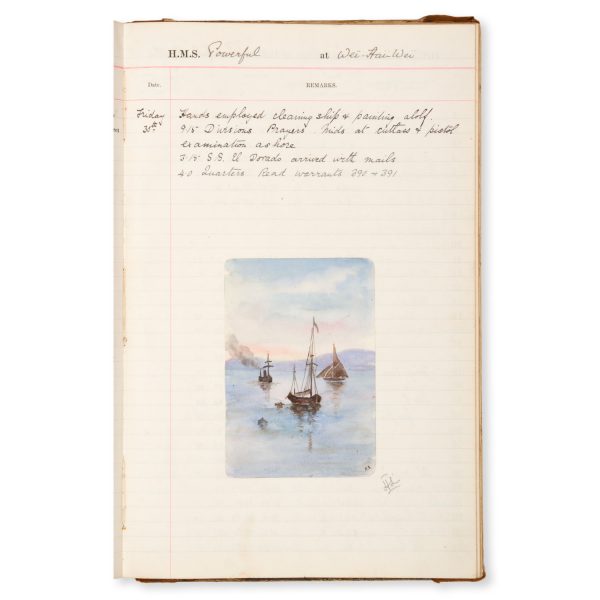 A Royal Navy midshipman’s personal logbook and journal, kept during service on HMS Repulse, HMS Powerful and other ships deployed on the China Station and in the Indian Ocean, Atlantic Ocean, and Mediterranean Sea, 1897-1900.

A pair of Midshipman’s personal logbooks containing the writings and drawings of Royal Navy Junior Officer Henry Noel Stewart, dated January 1897 to August 1900. The main section relates to the deployment of the Royal Navy cruiser HMS Powerful on the China Station from January 1898 to July 1899.

For diplomacy in the Far East, the period 1895-1905 was a particularly unstable and frequently volatile one, with several western powers, including England, France, Germany and the United States, as well as Japan and Russia, competing for influence and territory in East Asia. This resulted in the Sino-Japanese War (1894-95) and the Russo-Japanese War (1904-05). At the same time, growing resentment against foreigners in China exploded in the Boxer Rebellion in 1900, fought between Chinese militants and allied forces, which was soon followed by republican stirrings that would lead to the collapse of the imperial Qing dynasty in 1912.

HMS Powerful’s deployment on the China Station thus served an essential purpose of both defence and deterrent against unrest and aggression in the region. This also included the Philippines, where HMS Powerful was stationed for lengthy periods in September-October 1898 and March-June 1899 in support of the American Asiatic Squadron, which had won the decisive Battle of Manila Bay on 1 May 1898 against the Spanish Pacific Squadron.

Midshipman Stewart’s two journals contain 80 hand-drawn ink and watercolour illustrations of technical, nautical, topographical and historical interest, including rare, superbly drawn and highly detailed track charts and maps of Chifu, Nagasaki, Yokohama, Weihaiwei, Manila, Hong Kong and other locations. These contain topographical information which was up to date and of military and political relevance at the time.

HMS Powerful was the lead ship of two 1st class protected 14,400 ton cruisers built for the Royal Navy by Vickers Limited at their Barrow-in-Furness shipyard. She was launched on 24 July 1895 and commissioned on 8 June 1897 for service on the China Station.

HMS Repulse was a Royal Sovereign-class pre-dreadnought 14,380 ton battleship built for the Royal Navy at Pembroke Dockyard. She was launched on 27 February 1892 and completed on 21 April 1894. She was assigned to the Channel Fleet and participated in annual manoeuvres in the Irish Sea and Atlantic Ocean. Under command of Captain Ernest Rolfe, Repulse (like Powerful) was present at the Fleet Review at Spithead on 26 June 1897 for the Diamond Jubilee of Queen Victoria, and in July she again took part in the annual manoeuvres, this time off Blacksod Bay on the West Coast of Ireland, as documented and illustrated by midshipman Henry Noel Stewart in his journal. The Repulse was also Stewart’s first seagoing posting, as mentioned in a note signed by Captain Ernest Rolfe on the inside front cover of journal [Volume I].

The China Station was established in 1865 and had as its area of responsibility the coasts of China and its navigable rivers, the western part of the Pacific Ocean, and the waters around the Dutch East Indies. It usually consisted of several older light cruisers and destroyers, and the Chinese rivers were patrolled by a flotilla of suitable shallow-draught gunboats, referred to as “China gunboats”. The Commander-in-Chief, China was a senior officer position of the Royal Navy, in charge of the Navy’s vessels and shore establishments in China from 1865 to 1941. He thus directed a naval formation, which was generally known as the China Station. The formation had bases at Singapore, Hong Kong and at Liugong Island, northeast China (Wei Hai Wei station). A leased territory of the United Kingdom from 1898 until 1930, Wei Hai Wei included the walled capital city of Port Edward, the bay of Wei-hai-wei, Liu-kung Tao Island and a mainland area of coastline. Together with Lüshunkou (Port Arthur) it controlled the entrance to the Gulf of Zhili, and thus the seaward approaches to Beijing.

Admiral Sir Alexander Buller (1834-1903) was appointed Commander-in-Chief, China Station in 1895. He had to respond at this time to the Far Eastern Crisis of 1897/98 when the Russian Pacific Fleet was threatening to attack the Korean port of Chemulpo to back up Russia’s demands for a peacetime coaling station at Deer Island. Admiral Buller dispatched eight warships to Korea and the Russian forces promptly retreated.  The fact that the Japanese Government had also put three battleships and ten cruisers at his disposal also influenced the outcome.

On 18 February 1898 Admiral of the Fleet Sir Edward Hobart Seymour (1840-1929) became Commander-in-Chief, China Station, with the battleship HMS Centurion his flagship. Midshipman Stewart notes in his HMS Powerful logbook entry at Chifu on 29/4/98 “Vice Admiral Seymour K.C.B. came on board to inspect ship”. Following the outbreak of the Boxer Rebellion in June 1900, which threatened western missions in Beijing and elsewhere, Seymour assembled an armed force of 2,000 sailors and marines from western and Japanese warships in Tianjin. Following heavy fighting with losses and wounded on both sides Seymour’s forces managed to prevail.

HMS Powerful arrived in Hong Kong on her maiden voyage on 3 January 1898 and, until 17 September 1899, she was deployed throughout the region covered by the China Station, often in conjunction with other Royal Navy warships, including HMS Centurion, Victorious, Rattler, Hermione, Peacock, Plover, Undaunted, Grafton, Barfleur, Alacrity and others. She also cooperated with vessels of other navies, including the Japanese and American, such as USS Charleston, Baltimore, Olympia, Concord, and Petrel. (All of these ships are mentioned in the logbooks).

HMS Powerful departed Hong Kong on 17 September 1899 and was diverted from the shorter route through the Suez Canal to round the southern tip of Africa in light of rising tensions between the British and the Boers in South Africa. She arrived at Simonstown on 13 October 1899, two days after the Second Boer War began.