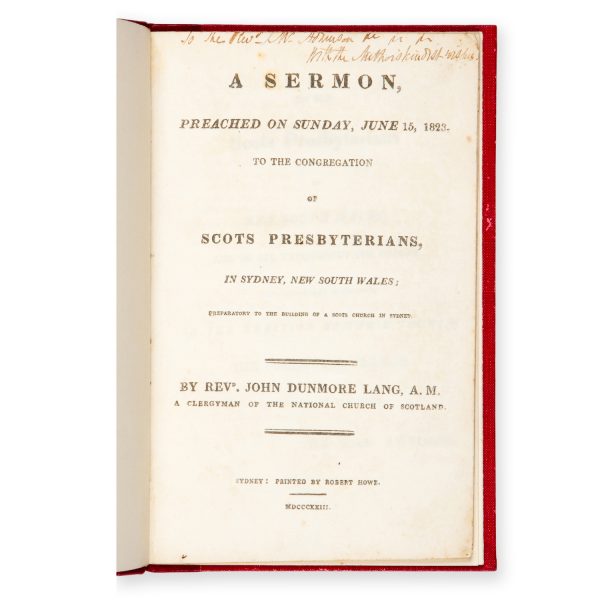 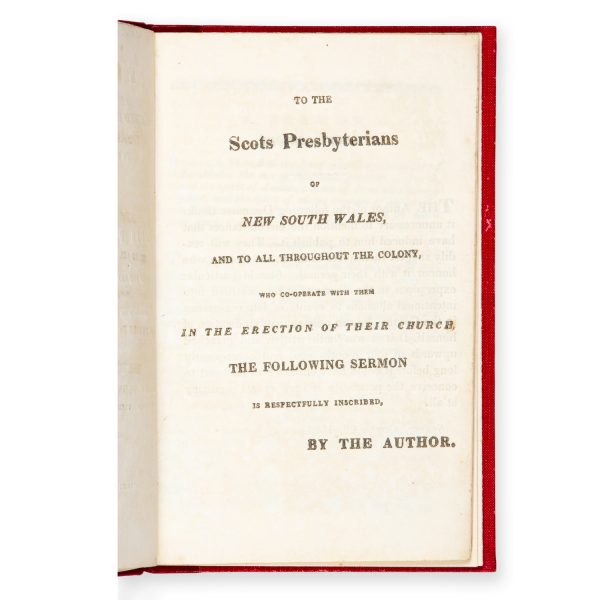 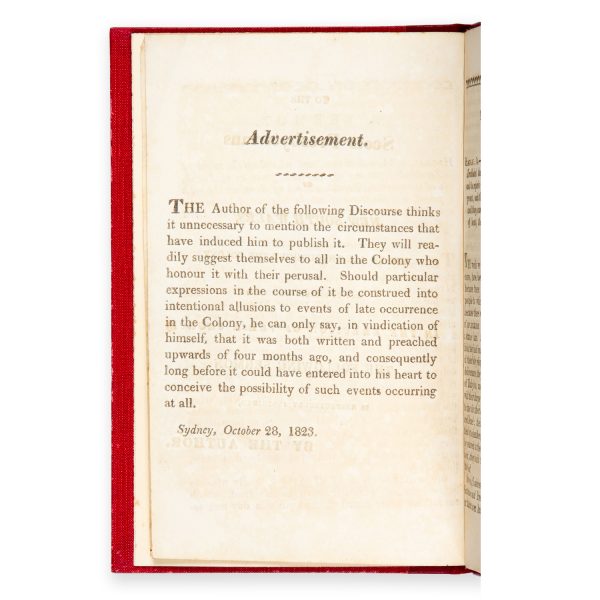 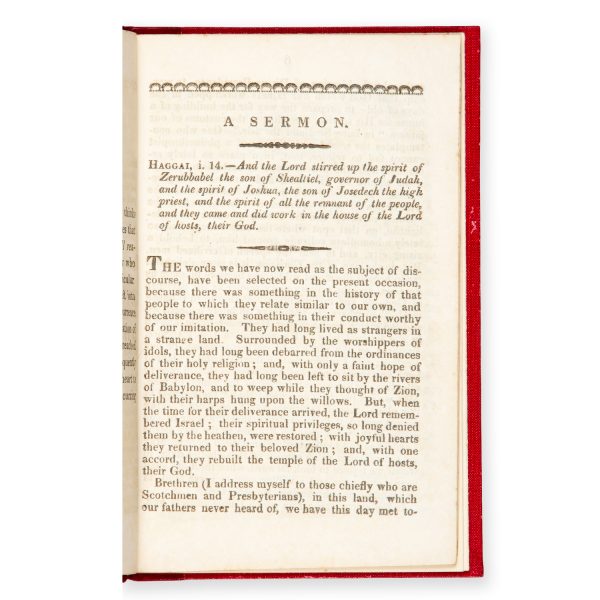 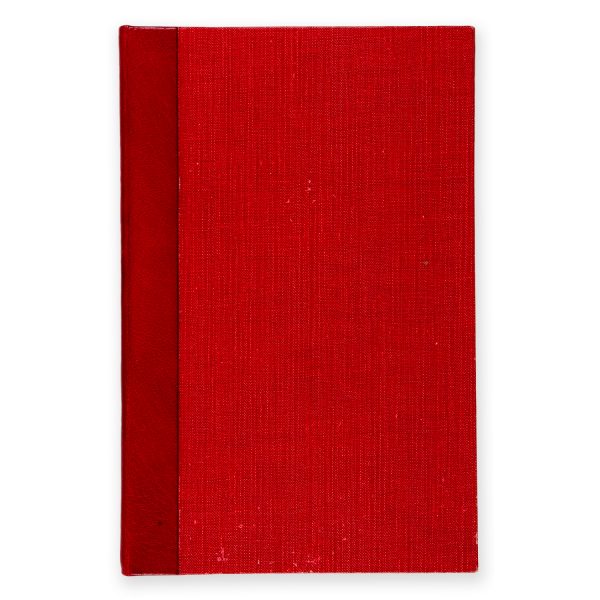 A sermon, preached on Sunday, June 15, 1823, to the congregation of Scots Presbyterians, in Sydney, New South Wales; preparatory to the building of a Scots church.

Printed by Robert Howe in the year of John Dunmore Lang’s arrival in Sydney, this extremely rare pamphlet is Lang’s first ever published work, preceding his Aurora Australis ; or Specimens of Sacred Poetry for the Colonists of Australia, by some three years. It comprises the text of a sermon delivered in the hall of the National School. The pamphlet would be reprinted, under a variant title, in London later in 1823. The present copy is inscribed for Lang’s friend the Reverend James Adamson, the first Presbyterian minister of the Scots Church in Cape Town. Lang probably presented it to Adamson in Cape Town on his voyage to or from Scotland and England in 1824. When Lang married his 18-year-old cousin, Wilhelmina Mackie, in Cape Town in 1831, the ceremony was conducted by Adamson.

Rev. John Dunmore Lang (1799-1878), clergyman, educationalist, and politician, was educated at the University of Glasgow where he graduated Master of Arts in 1820. In the same year, he was licenced to preach as a Presbyterian minister. Lang emigrated from Scotland to New South Wales at the end of 1822, arriving in Sydney May 1823, where he was warmly welcomed by the local Presbyterian community as their first minister. He saw the construction of a church as a priority, and to this end sought government financial assistance to bolster funds raised by private subscription. Despite existing government support for Sydney’s Catholic and Anglican communities, Governor Brisbane flatly refused Lang’s petition, and Lang’s subsequent outspoken criticism of this perceived inequity resulted in his alienation from the authorities and loss of favour with certain influential figures in Sydney society. The building of Scots Church was, however, able to be undertaken through private donations. The foundation stone was laid in July 1824, and the church was opened on 16 July 1826. Completed at a cost of £3000, the Norman-Gothic style building could seat a congregation of 900. Lang would remain the minister of Scots Church until his death in 1878.