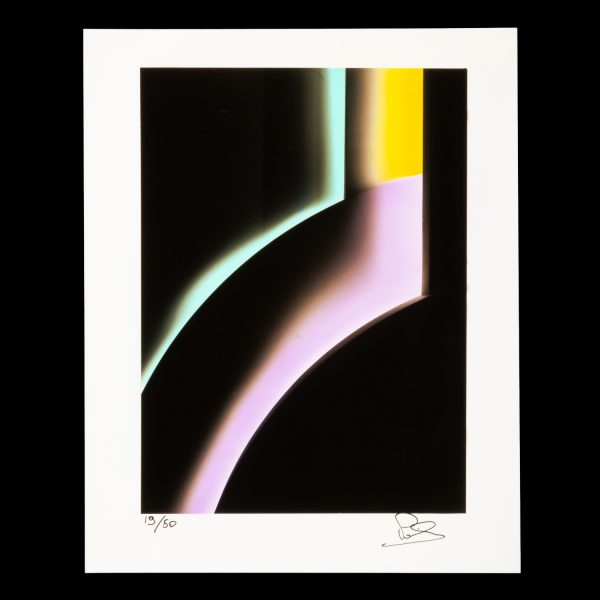 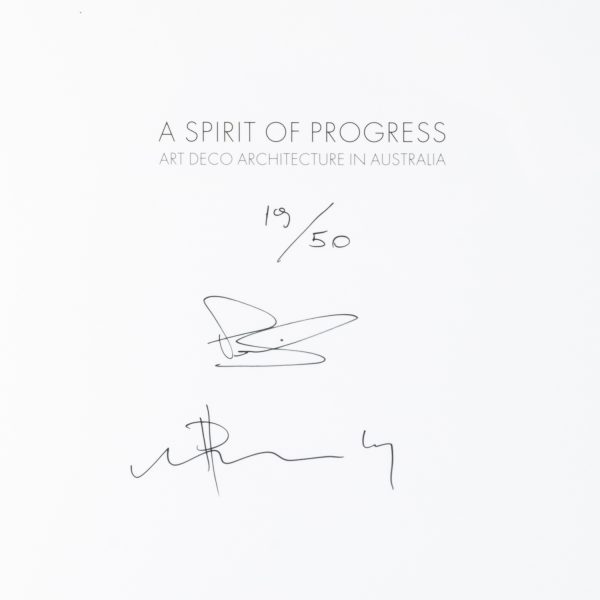 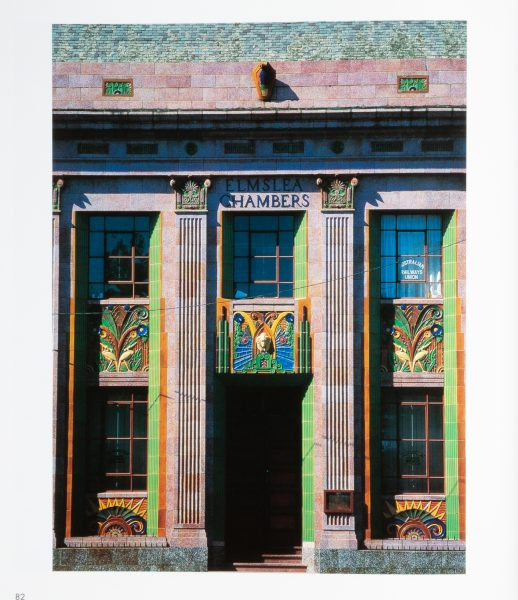 Sydney : Craftsman House, 1997. Quarto, gilt-lettered silk bound boards in matching slipcase with pictorial inlay (a couple of light marks), pp. 228, extensively illustrated. The deluxe edition, limited to 50 copies signed by the authors, specially bound in slipcase, accompanied by an original signed photograph by van Daele, limited to 50 copies. The photograph is a detail from the 1930s Kings Cinema in Sydney. Rare.

‘Until recently, scorned or ignored by many historians and commentators, Australia’s Art Deco architecture of the 1920s and 1930s endures as a unique record of its time and a mirror of the hopes and aspirations of Australians in the years between the two world wars. A Spirit of Progress: Art Deco Architecture in Australia provides a valuable insight into this significant period in Australia’s social, economic and artistic development. In his travels across Australia, photographer Patrick Van Daele has captured the wealth that is Australia’s Art Deco architecture. From the corporate splendours of tall office buildings to the engineering marvels of great dams and the domestic style of the home, the photographs mirror the achievement and the human aspect of the inter-war era in this country. They are illuminated by Roy Lumby’s authoritative text, which describes the history and development of this important style in Australia, and the fascinating times in which it appeared.’ – the publisher