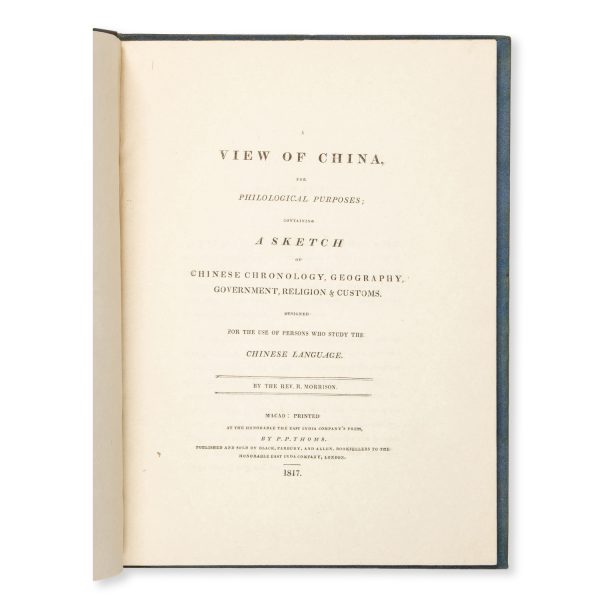 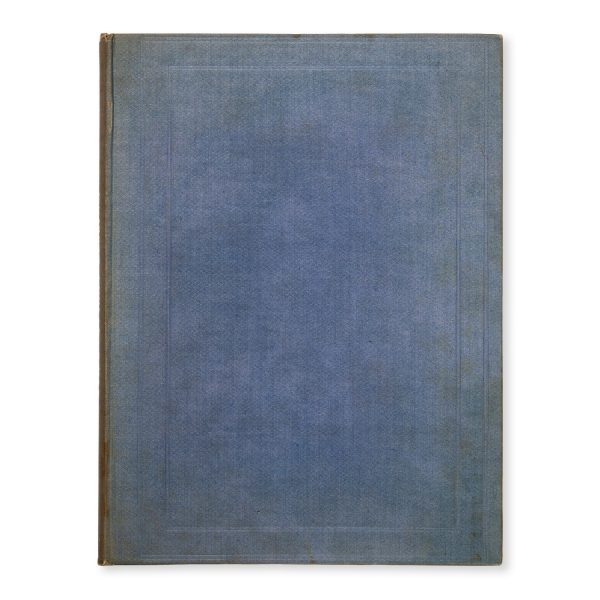 One of the first imprints from the East India Company’s Press at Macau.

‘The Materials contained in this Small Volume, were at first intended to be attached to the Chinese Dictionary [published 1815-23], Printing by Order of the Honorable the East India Company; and to be bound with it. However, as subjects of frequent reference, they will probably be more convenient, printed in the present form, as bound up by themselves’ (Preface).

Robert Morrison (1732-1834), the first Protestant Missionary to China, arrived in Canton in 1807. He became translator to the East India Company, and pursued his work on the Chinese language. His monumental Dictionary of the Chinese Language was published in three parts from 1815-23.

Peter Perring Thoms (1791-1855), printer and translator, arrived in Macau from London in 1814. He brought with him, at the East India Company’s expense, a European press, movable type, and other printing materials which were intended for use in the printing of Morrison’s dictionary, a work that would contain the largest number of Chinese characters printed to date alongside extensive English text. The first volume of the dictionary went to print in 1815, 1822 and 1823, the second and third in 1820 and 1822.