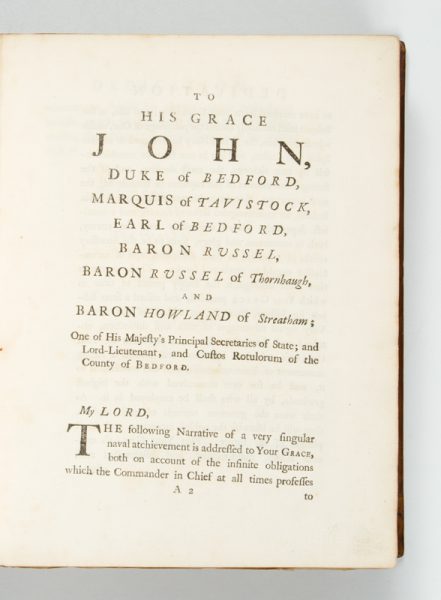 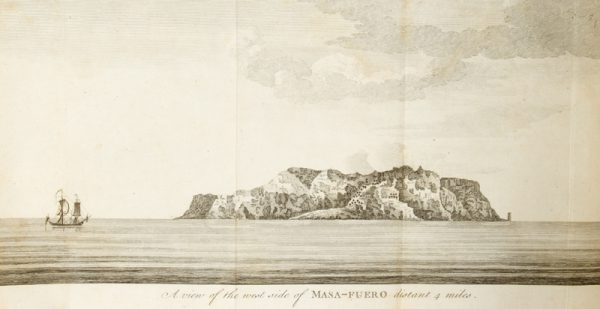 A voyage round the world in the years MDCCXL, I, II, III, IV. [Subscriber’s copy]

By George Andon Esq; Commander in Chief of a squadron of His Majesty’s ships, sent upon an expedition to the South-Seas. Compiled from the papers and other materials of the Right Honourable George Lord Anson, and published under his direction, by Richard Walter, M. A. Chaplain of his Majesty’s ship the Centurion, in that expedition. Illustrated with forty-two copper-plates. London : printed for the author by John and Paul Knapton, in Ludgate-Street, MDCCXLVIII [1748].

Quarto, contemporary speckled calf, gilt-rules, spine in compartments with contrasting morocco title label, marbled endpapers. Title page; [blank]; pp. 3 (dedication); [blank]; 12 (list of subscribers); 4 (contents); 11 (introduction); [blank]; 417 (without the terminal ‘directions to the binder’); 42 folding copperplate maps, charts and plates, some miscreasing, housed in a buckram box. A royal paper copy, of larger margins than usual, issued in a deluxe edition of 350 copies to the subscribers listed at the beginning. With page 319 misnumbered, thus, according to Cox, a ‘genuine first’. Ownership inscription of Rev. John Wright Linton B.A., who is mentioned in the list of subscribers.

A fine large paper copy in contemporary binding of the first edition of one of the most significant maritime voyages of the eighteenth century.