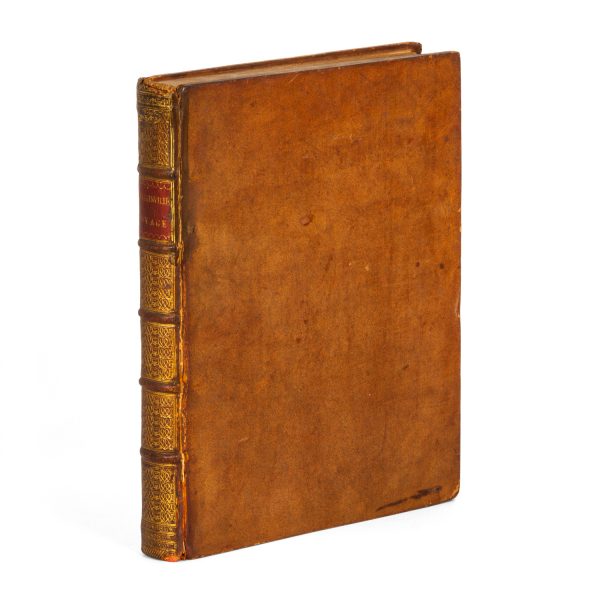 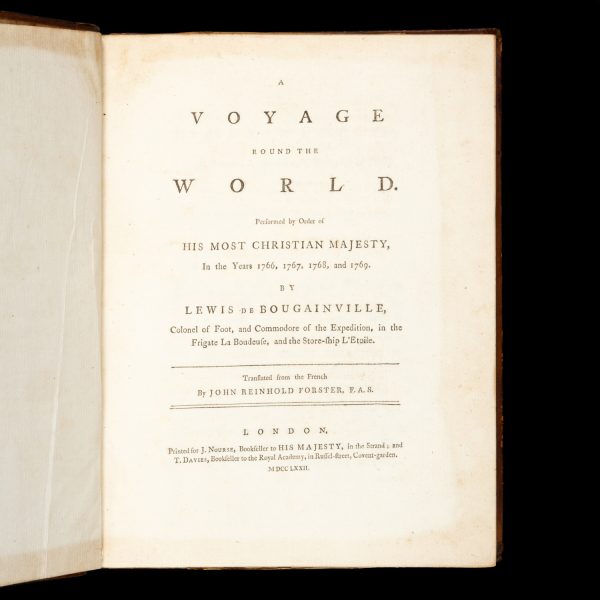 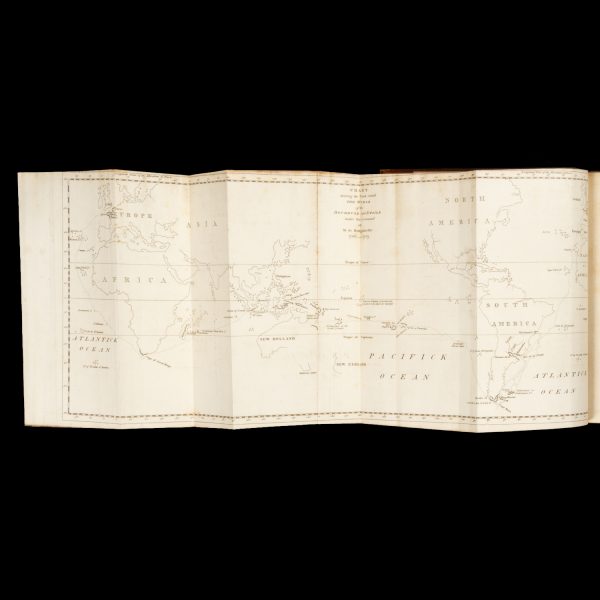 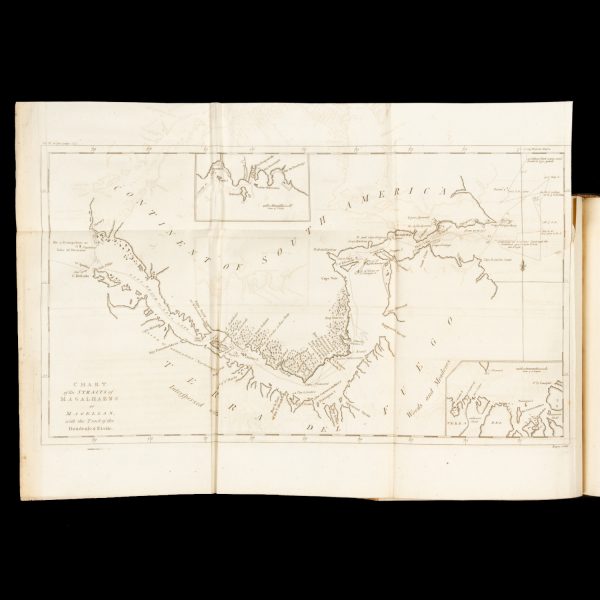 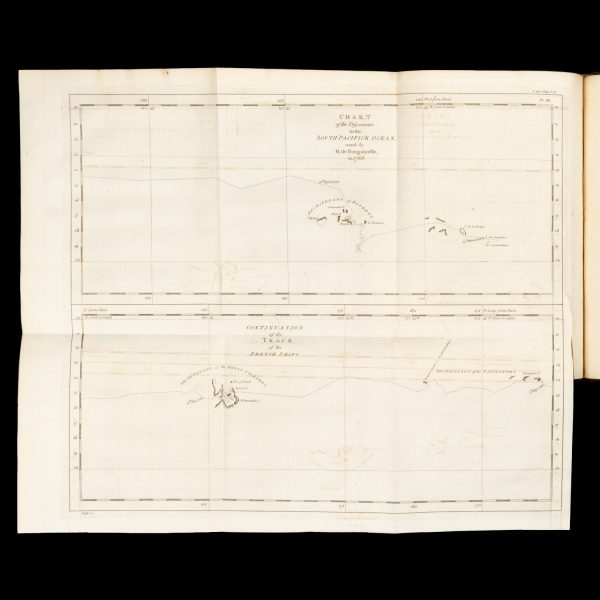 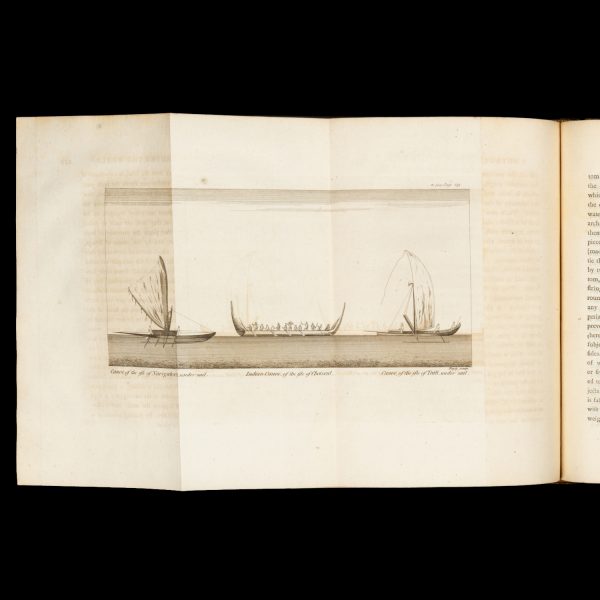 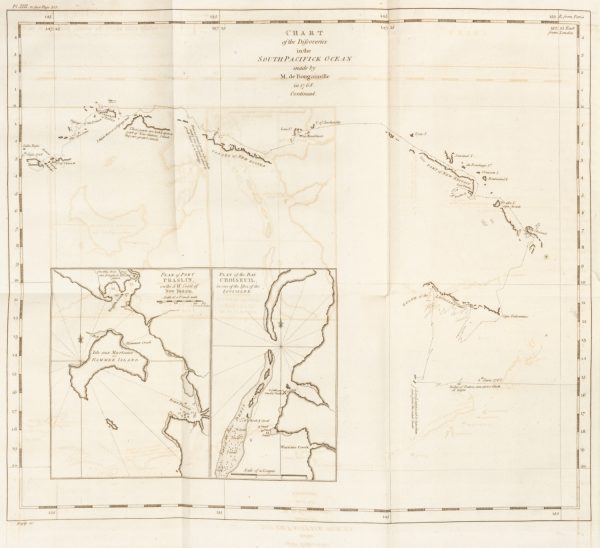 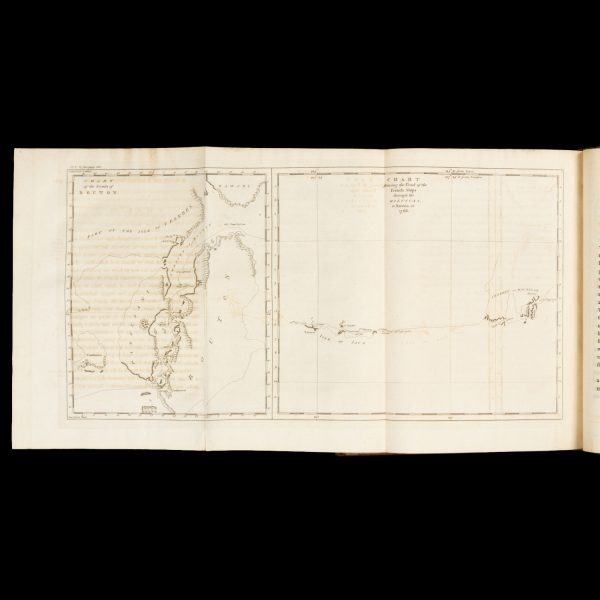 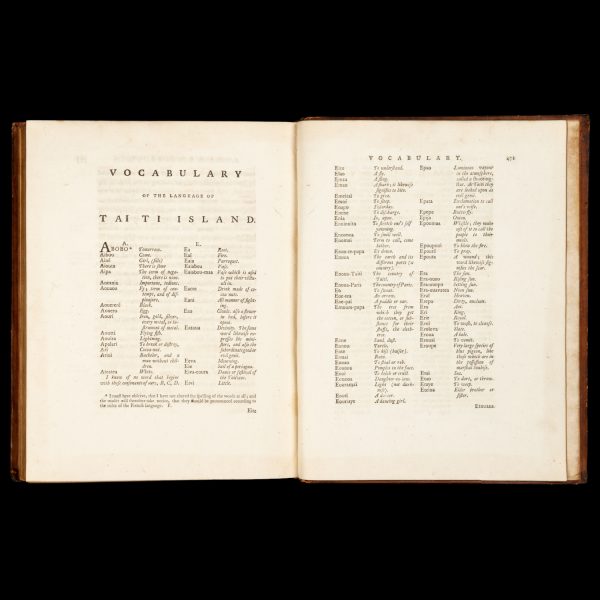 / by Lewis de Bougainville, Colonel of Foot, and Commodore of the Expedition, in the Frigate La Boudeuse, and the Store-dhip L’Etoile. Translated from the French by John Reinhold Forster, F.A.S. London : Printed for J. Nourse, Bookseller to His Majesty, in the Strand; and T. Davies, Bookseller to the Royal Academy, in Russel-Street, Covent-garden, 1772. First English edition. Quarto (275 x 220 mm), contemporary full calf (boards lightly marked) with gilt-tooled board edges, spine in compartments with gilt ornament and red leather title label lettered in gilt (joints a trifle worn); front pastedown with armorial bookplate of William P. Adams; [4 blank], xxviii, 476 pp, with 5 folding charts and 1 folding plate; top edges of last few leaves with pale water stain, else clean and crisp throughout and with the folding plates in very good condition; a near fine copy with wide margins.

First English edition of the account of the first official French circumnavigation, by Louis-Antoine Bougainville (1729-1811). The first French edition appeared in 1771.

Under orders from the French government, Bougainville formally ceded the Falkland Islands to Spain. His account includes a commentary on the discovery and occupation of the Falklands, with a chapter devoted to their flora and fauna. Bougainville then continued through the Strait of Magellan and entered the Pacific, eventually crossing it from east to west and visiting the Tuamotu archipelago, Tahiti, Samoa, the New Hebrides, the Solomons, and the Louisiade and New Britain archipelagos. His lengthy and lyrical descriptions of Tahiti, depicting it as an earthly paradise, were a major influence on Enlightenment thinkers such as Rousseau and Diderot; the appendix contains a Tahitian glossary.

Bougainville’s expedition returned to St. Malo in March 1769, a mere seven months after Cook’s departure for Tahiti in August 1768. The English translation of Bougainville’s account by John Reinhold Forster, published within a year of Cook’s return, was thus ensured an enthusiastic reception by the British reading public.