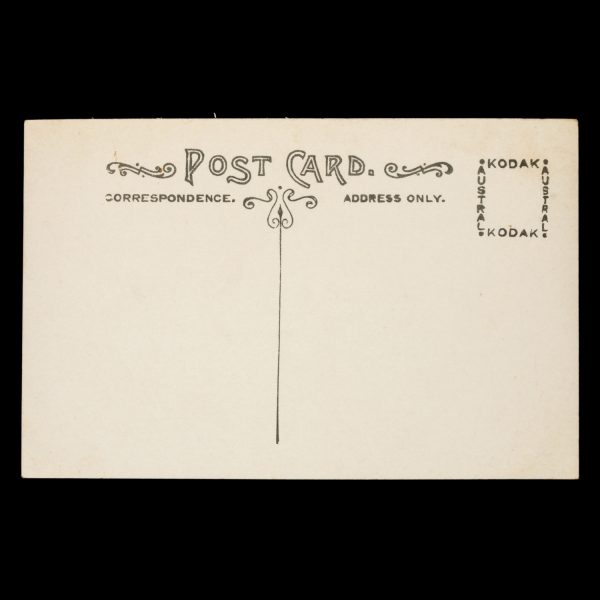 In the early years of the twentieth century a team from the Coranderrk Aboriginal station near Healesville, east of Melbourne, regularly took part in the Upper Yarra Valley Australian Rules Football league. This was a competition that was enormously popular among the local communities, including the residents of Coranderrk – and it was also, of course, a sport whose origins were closely associated with the Indigenous game known as marngrook.

Aside from the years 1906-08, when it briefly changed its name to Badger’s Creek, the team was known as Coranderrk. The all-Indigenous side achieved its greatest success in 1911, when it won the Stevens Trophy in a competition that comprised three other teams – Healesville, Yarra Glen, and Lilydale. In a play-off final that year, played on the neutral Lilydale ground on Saturday 9 September, Coranderrk defeated Healesville, whose team also happened to include several Indigenous players from Coranderrk. A huge number of supporters of both teams were able to travel to Lilydale on a special train from Healesville that day. Many of the men in the Coranderrk team were playing alongside other family members: the King, Mullett, Wandin, McRae, Campbell and Terrick families were all represented by more than one player. Giant ruckman, Paddy King, was carried from the ground by his teammates at the end of the game. The match reporter in the Healesville and Yarra Glen Guardian observed:

‘It was a great game, one of the best ever seen on the ground, and, as a Healesville player remarked, the better team won. After the match the winners were enthusiastically cheered by their supporters and King was carried shoulder high to the dressing room. Healesville barrackers and players, by no means dismayed, gave the customary cheers in a hearty manner. All sportsmen will congratulate Coranderrk on their victory, which they deserved….‘

The Coranderrk team in the photograph offered here – of which we can trace no other surviving example – is quite possibly the 1911 season trophy-winning side. It appears that this was the last year that Coranderrk fielded a team in the local league; Coranderrk station was officially closed by the Board for the Protection of the Aborigines in 1924, with most of its residents relocated to Bung Yarnda (Lake Tyers) or Cummeragunja.