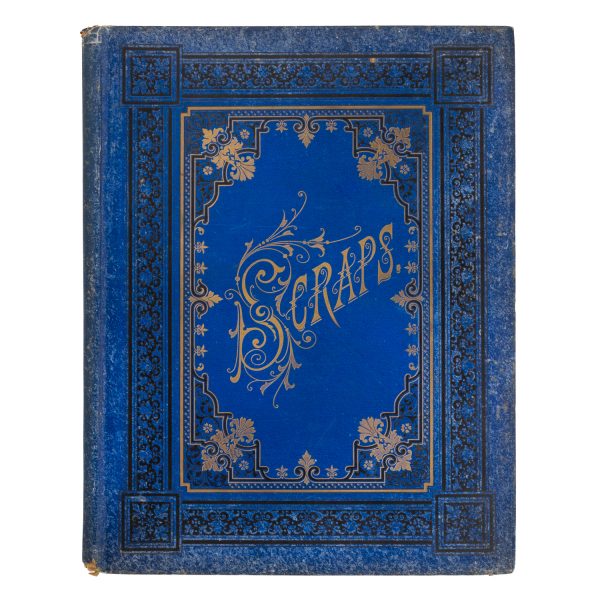 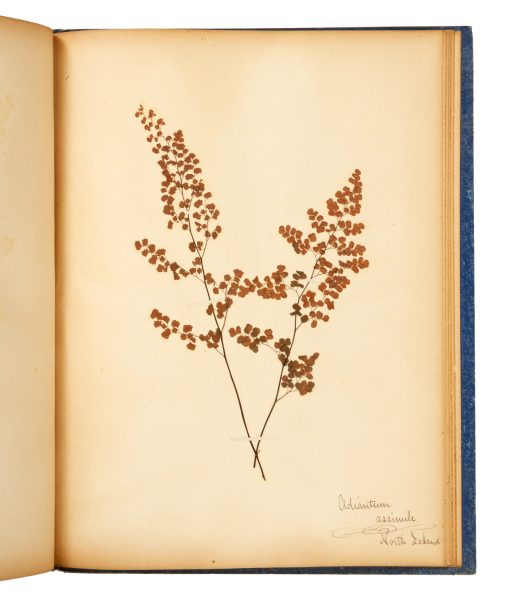 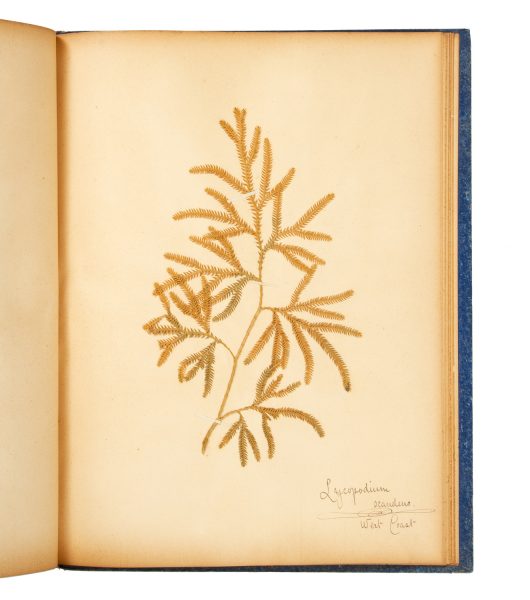 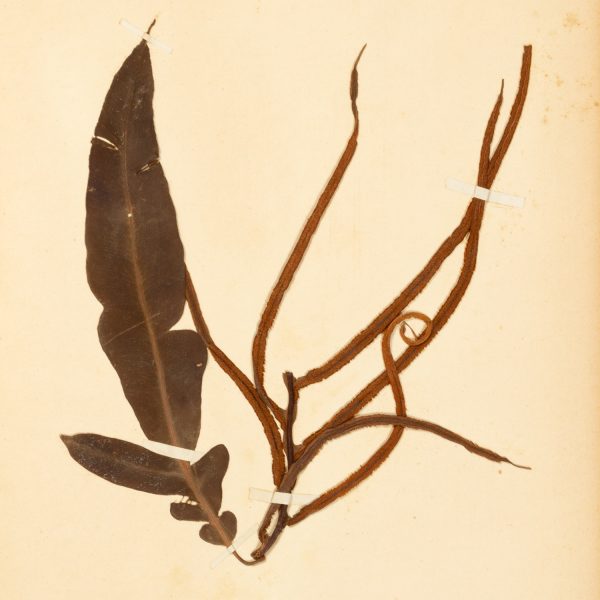 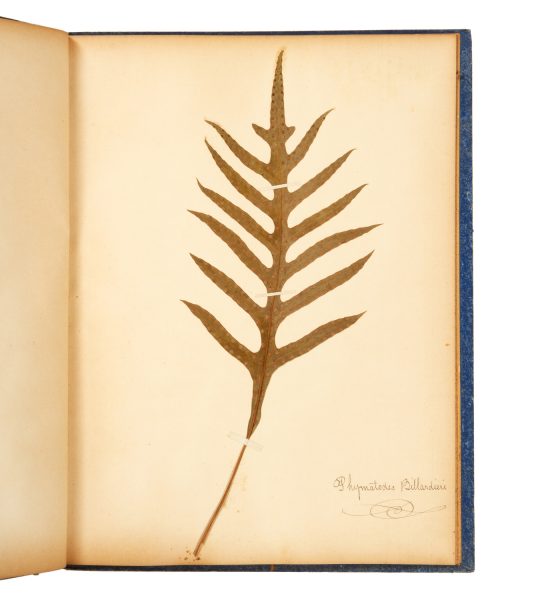 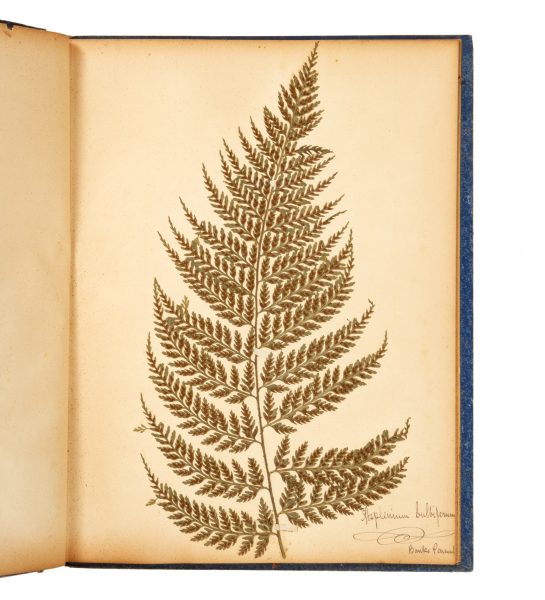 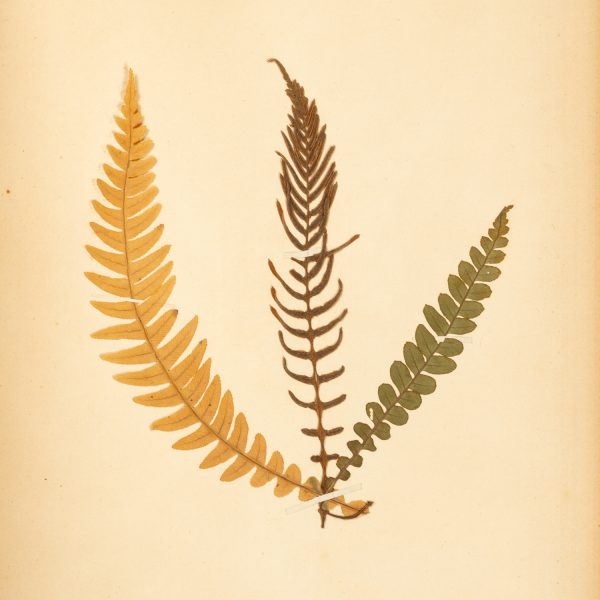 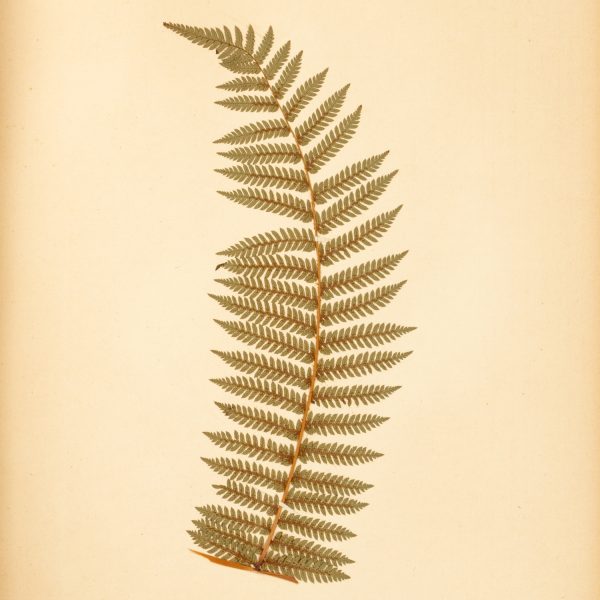 Folio (400 x 300 mm), original blue cloth over boards with blind-blocked decoration in black and gold, the upper board lettered ‘SCRAPS’ in gold, containing 30 leaves with pressed native fern specimens mounted on the rectos, each accompanied by the collector’s manuscript caption in ink giving the correct botanical name and in the majority of cases, the collection location; virtually all of the specimens are from places in the South Island, including Dunedin, Port Chalmers, Pine Hill, Water of Leith, Otago, Invercargill, Mt. Cargill, Banks Peninsula, Little River, Mt. Cook, and the West Coast; the blank front free-endpaper is torn, as is the first specimen leaf, the paper being very brittle towards the front of the album; however, the remainder of the leaves are stable and – unusually for an album of this type – almost completely free from foxing; the specimens themselves were skillfully mounted and are preserved intact and in good condition.

Collecting and pressing native fern specimens was an extremely popular pastime in New Zealand in the nineteenth century. Special presentation albums of pressed ferns, sometimes bound in native timbers such as kauri or rimu, also became a lucrative part of the souvenir trade for a small number of specialist preparators and binders such as Eric Craig and Thomas Cranwell, both of Auckland.

The present album is not, however, of a commercial type. It was clearly prepared by a private collector – perhaps even an academic? – with a keen interest in the botanical sciences: he/she was very particular about using the correct binomial nomenclature in Latin (the system developed originally by Linnaeus) to describe each specimen in the album.