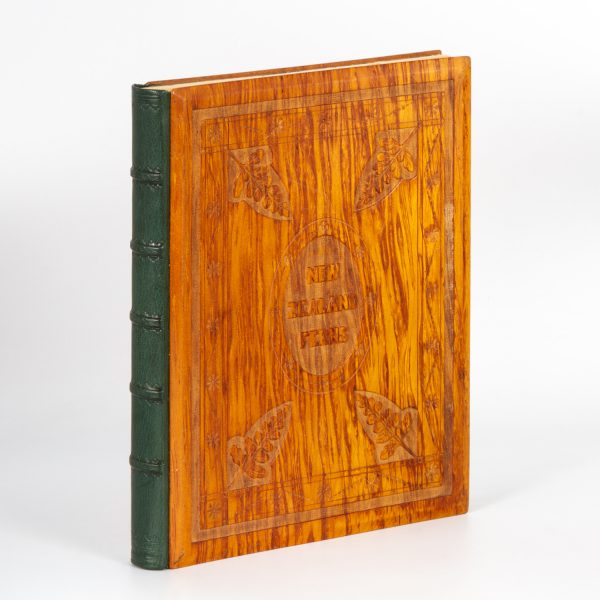 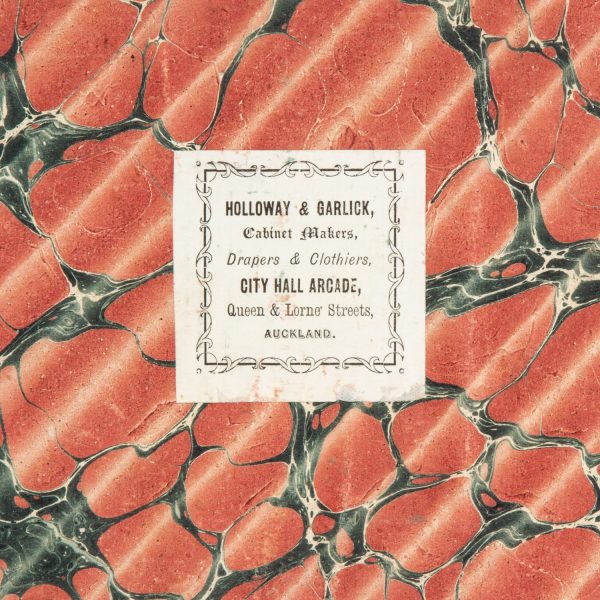 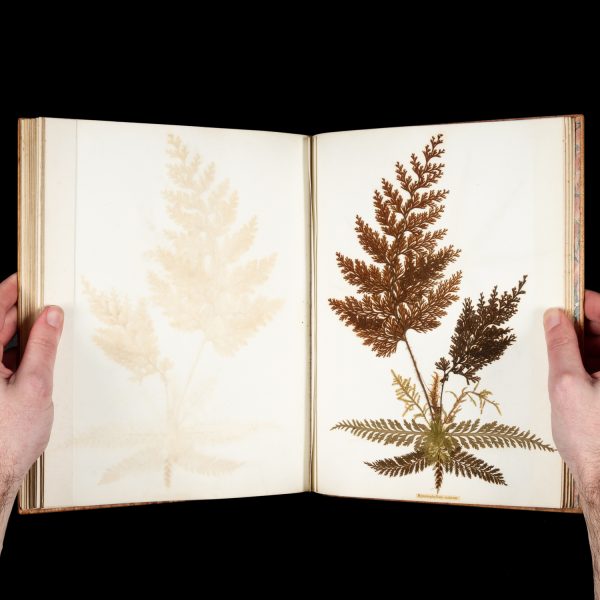 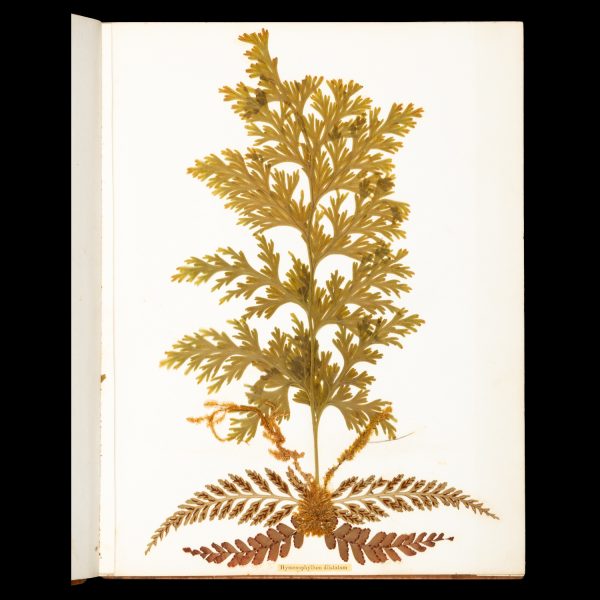 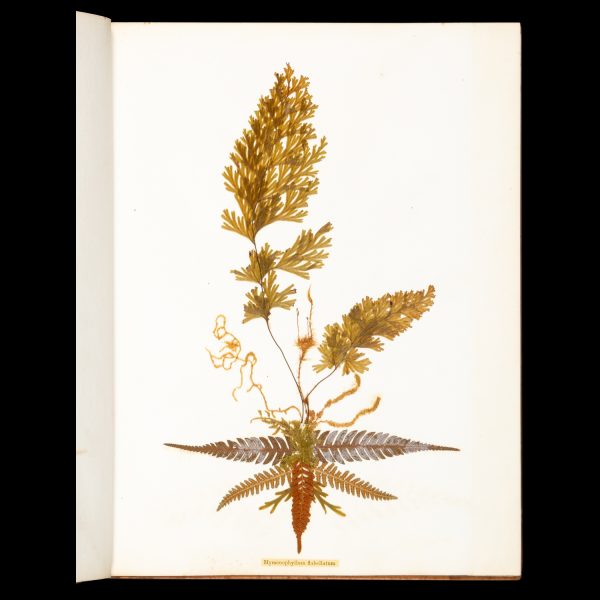 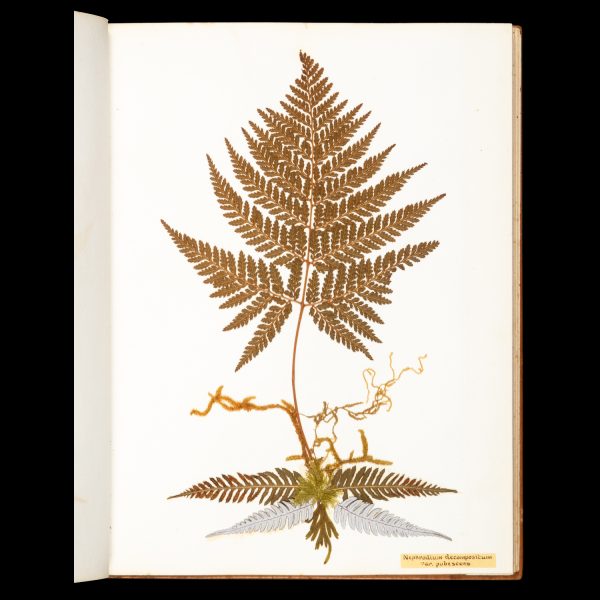 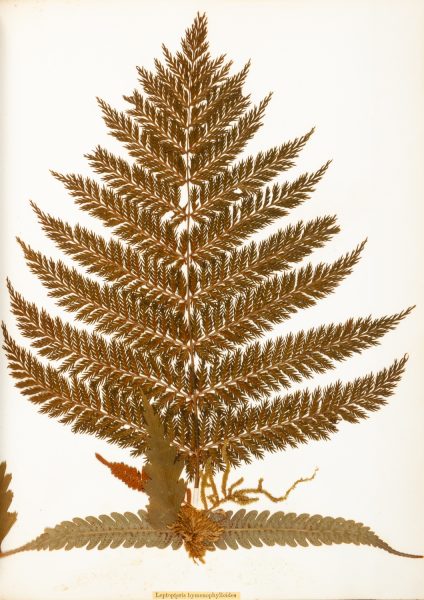 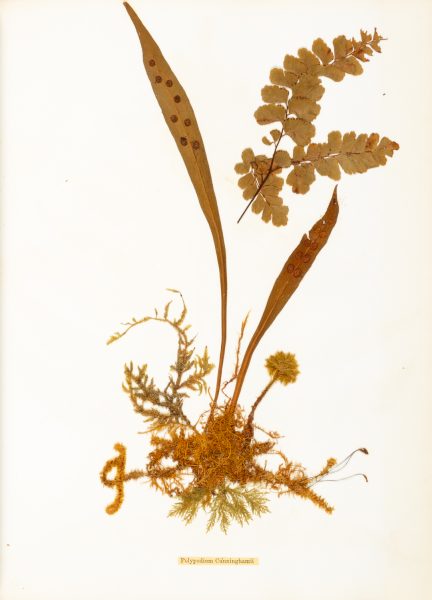 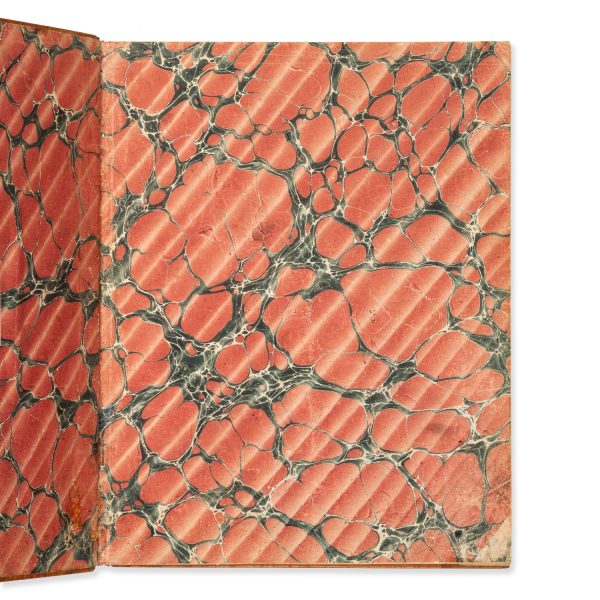 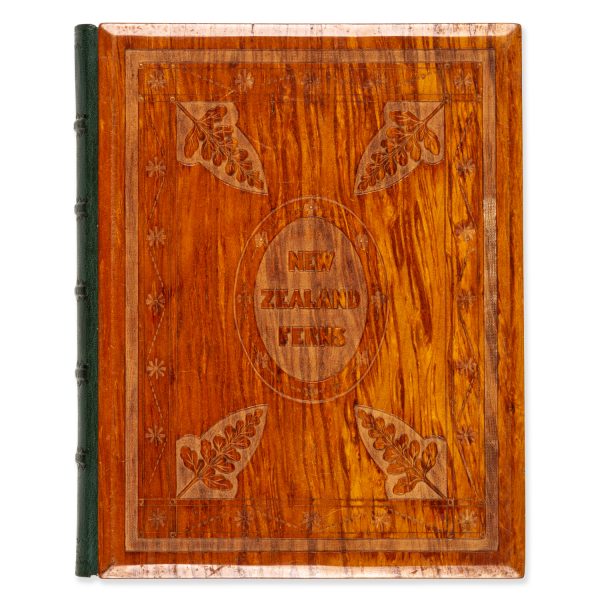 The collecting and preservation of native fern specimens was an extremely popular pastime in New Zealand in the nineteenth century. Special presentation albums of pressed ferns, typically bound in native timbers such as kauri or rimu, also became a lucrative part of the souvenir trade for a small number of specialist preparators and binders. Along with Eric Craig, Thomas Cranwell was one of the best known makers of pressed fern albums in Auckland. A singing teacher by profession, Cranwell had arrived in New Zealand from Lincolnshire in 1862. By 1875 he had established his own business at Parnell, making and selling fern albums. His collaborator, Anton Seuffert, a Bohemian cabinet-maker, produced many of the beautiful wooden bindings for Cranwell’s albums.

Although the preparer and mounter Thomas Cranwell’s name is not evident on any label in the present album, the work is unmistakably his: we have previously handled two other examples of his fern albums from the same period which were in an identical format, and bound in similarly designed rimu boards (most likely made by Seuffert). The connection between Thomas and the firm of Holloway & Garlick, whose label is affixed to the front pastedown, is also crystal clear, as Thomas was the half brother of Holloway & Garlick manager, Robert Cranwell:

‘Robert Cranwell, an upholsterer who had his own firm (Cranwell & Co) until 1876, joined Holloway & Garlick that year as manager of their furniture department (Auckland Star, 18 October 1876), and had his name join the others heading the business by 1877. Edwin Holloway left the partnership in September 1879, leaving Jonathan Tonson Garlick and Robert Cranwell to carry on. Robert Cranwell finally dissolved partnership with Garlick in August 1892’. (https://timespanner.blogspot.com/2011/12/street-stories-18-why-lincoln-road.html)

The above information allows us to date the album, with some accuracy, to 1876 or early 1877, the period just after Robert Cranwell had joined Holloway & Garlick, prior to him becoming a partner in the business.