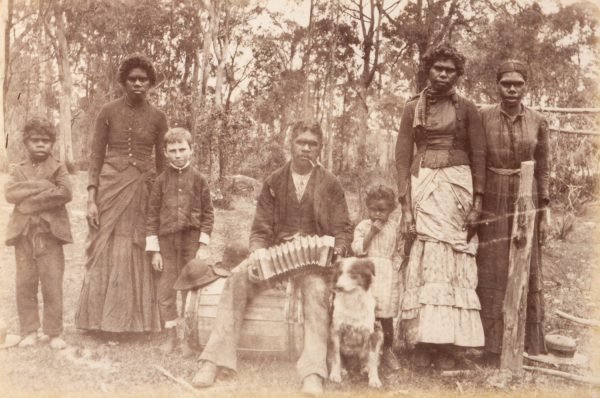 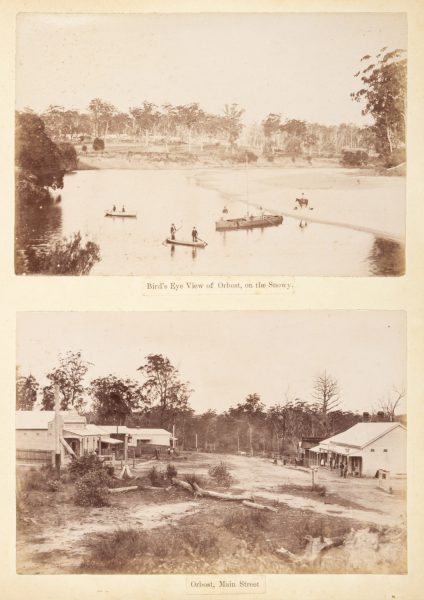 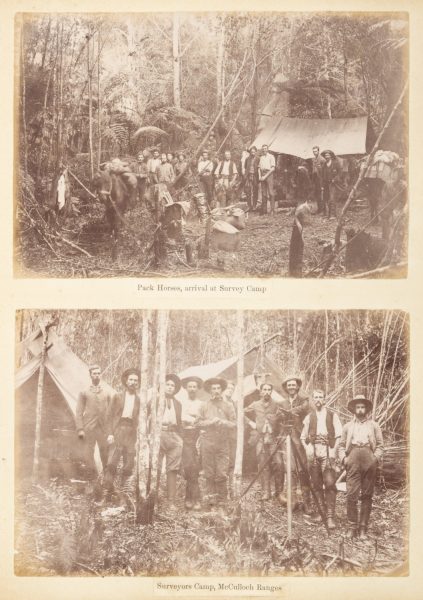 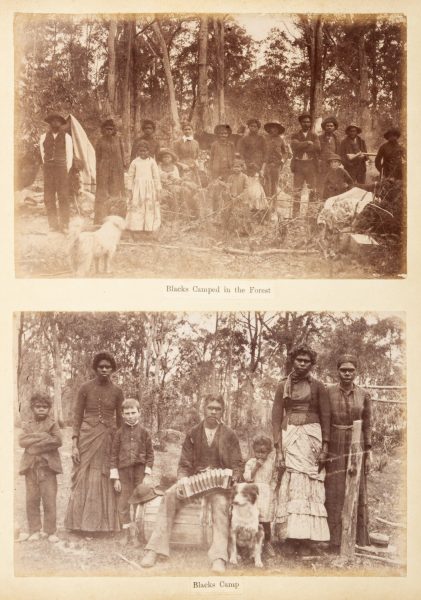 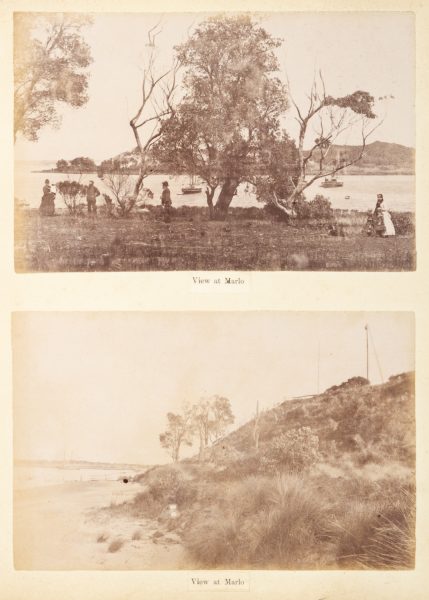 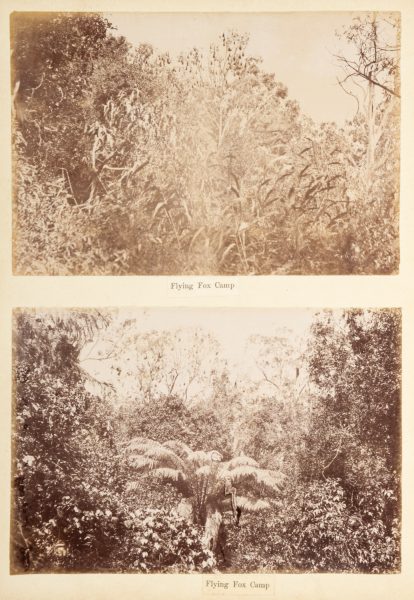 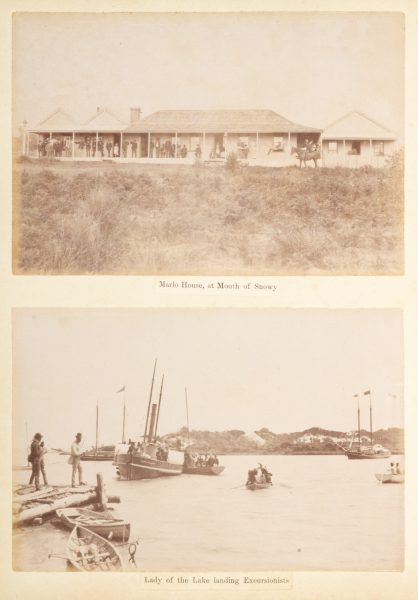 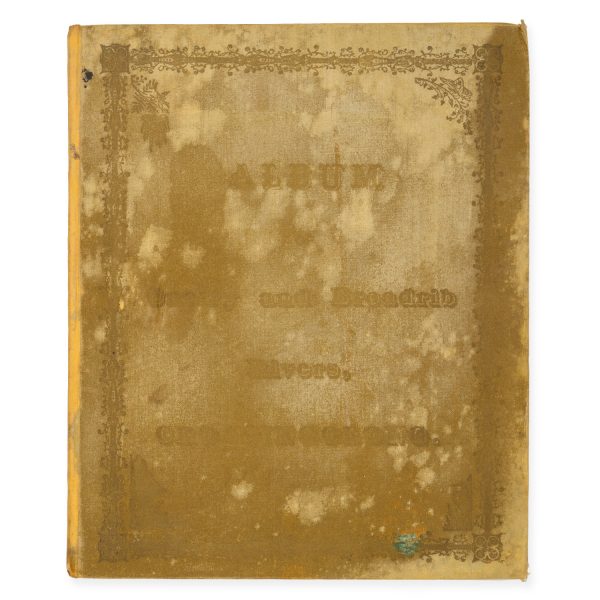 [Victoria, Australia] : s.n., [1889?]. [Title from front cover]. Nineteenth century photograph album. Quarto (245 x 205 mm), original olive-green cloth over boards, the upper board with title and decorative border printed in gold (rubbed and stained), containing [32] albumen print photographs in identical 100 x 150 mm format, mounted in pairs on [9] leaves of thick card, with separately printed captions pasted below each image; the subjects include portraits of Aborigines, settlers and surveyors, views of commercial and public buildings in bush townships, and topographical views; the photographs are in uniformly good condition (a few with slight loss of contrast), and the majority have excellent tonal range; the mounts are free from foxing.

The southern alpine and coastal region of Croajingolong in East Gippsland occupies the very far eastern corner of Victoria, near the border with New South Wales. It is the country of the Krauatungalung clan of the Gunai/Kurnai nation. At around the time these photographs were taken this wild and remote region still had relatively few European settlers, although it was beginning to be traversed by gold prospectors and surveyors. A telegraph office was established at Orbost as early as 1890, but the railway line would not reach the township until 1916. In the 1880s and 1890s excursionists to East Gippsland could take the train from Melbourne only as far as Bairnsdale; more popular was the trip by steamer to the Lakes area, followed by a journey into the rugged hinterland on horesback or by coach.

The only other example of this specially prepared photograph album we have been able to locate is one held by the Orbost Historical Society. That example has an identically worded manuscript title on the cover, but with the date 1889 added at the end. The internal evidence in the photographs is thoroughly consistent with a dating of around 1890, and gives no reason to doubt that the 1889 date is correct. Presumably only a small number of examples of the album were produced; they were perhaps sold to tourists in Orbost or Marlo, since the album contains a significant number of views of these tiny townships. The photographer and publisher – possibly one and the same person – are unidentified. However, it is worth noting that the album is very similar in format and make-up (particularly in its use of printed caption labels) to one titled Gippsland through the Camera, produced in Sale in 1889 by Brookes’ Photographic Union, the commercial partnership of brothers Albert Edward and Frederick Augustus Brookes.

[15] Blacks Camped in the Forest

[22] Lady of the Lake landing Excursionists