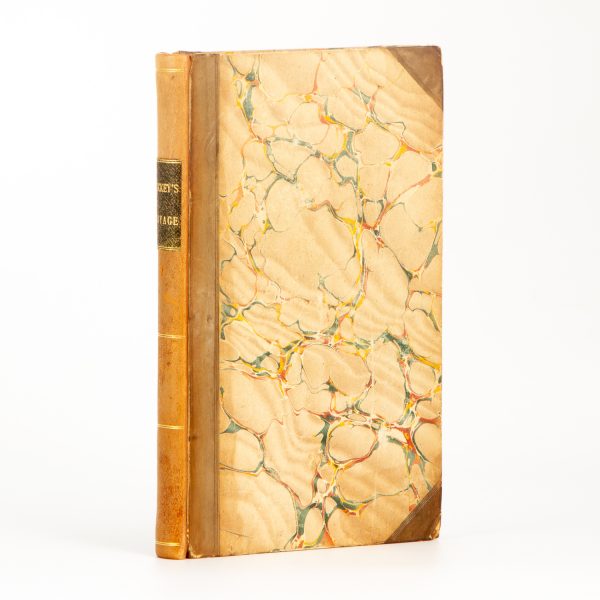 An account of a voyage to establish a colony at Port Philip in Bass’s Strait,

The rare contemporary account of the first, unsuccessful attempt to establish a settlement on the shores of Port Phillip. The expedition, under the command of Lieutenant-Governor Collins, comprised a small force of marines in charge of over 300 convicts, and some 15 families of free settlers. A settlement was initially attempted on the western arm of Corio Bay, but due to the hostility of the Aborigines this was quickly abandoned and the colonists moved across the bay to what is now Sorrento. The settlement was a dismal failure due to a combination of reasons, mainly lack of fresh water, desertion of convicts, and poor morale. Remarkably, the expedition did not explore the Yarra River nor the region around it on which the city of Melbourne was to eventually grow. However, the failure of the Port Phillip settlement is of paramount significance for the history of the colonisation of Van Diemen’s Land, as Collins’ party sailed south from Port Phillip across Bass Strait, eventually choosing the site of Hobart Town as the second place of European settlement in Tasmania (after Risdon Cove), in February 1804.