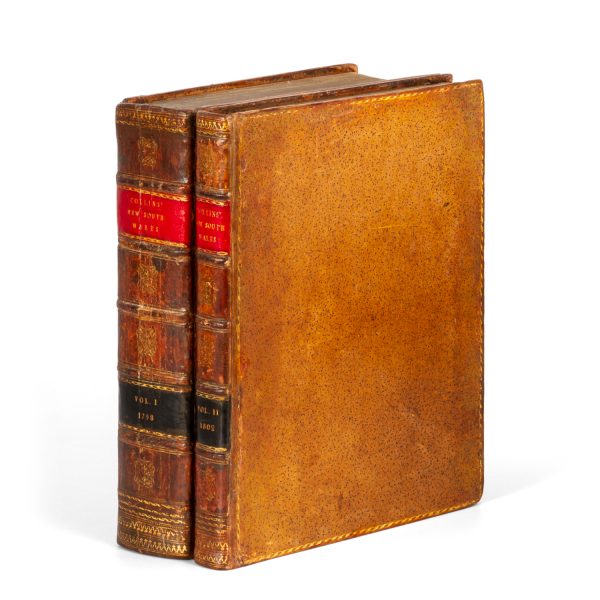 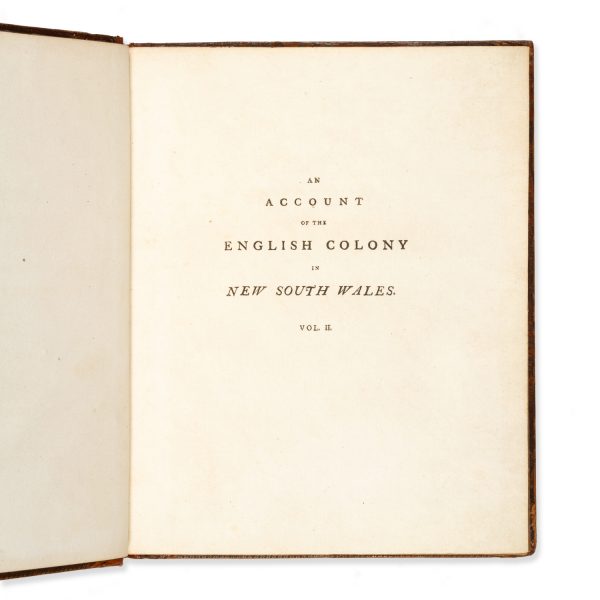 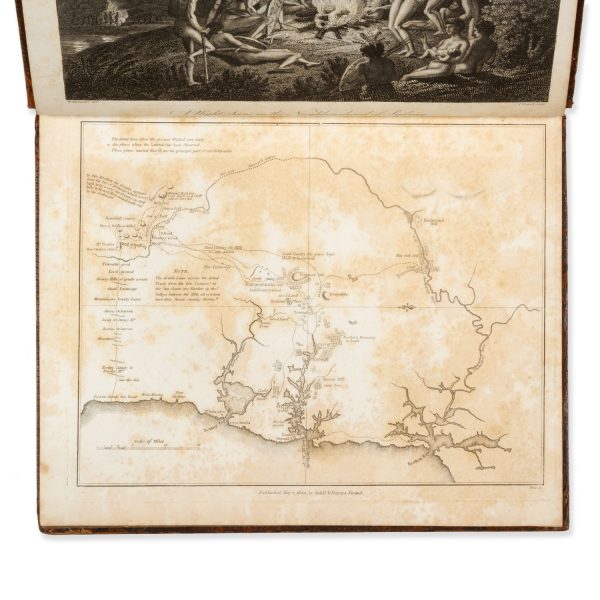 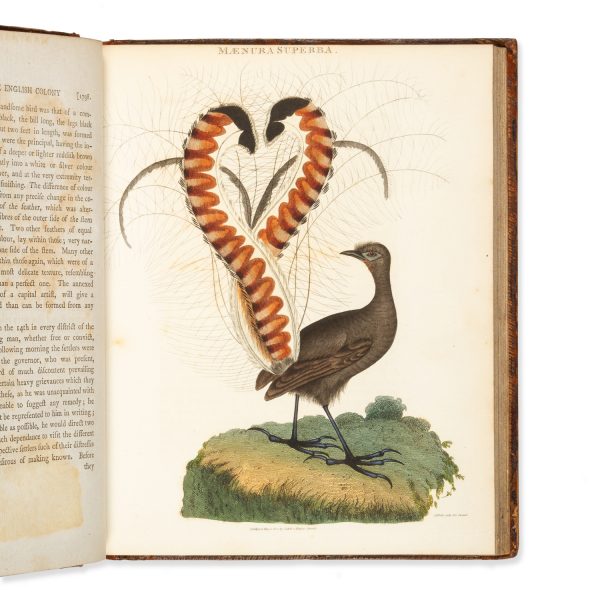 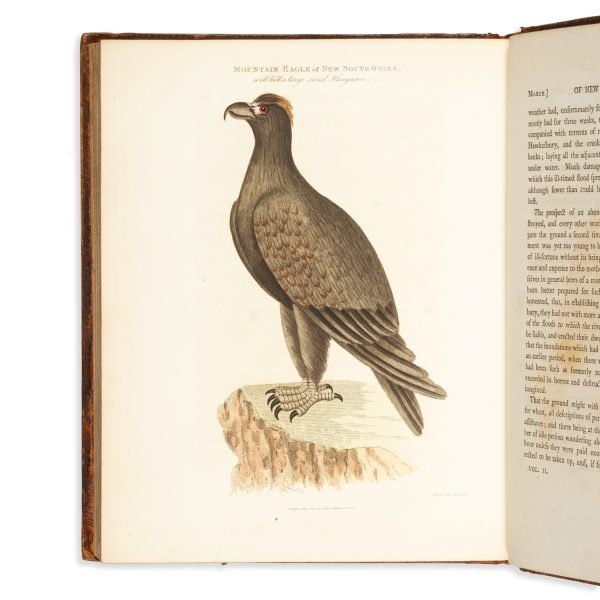 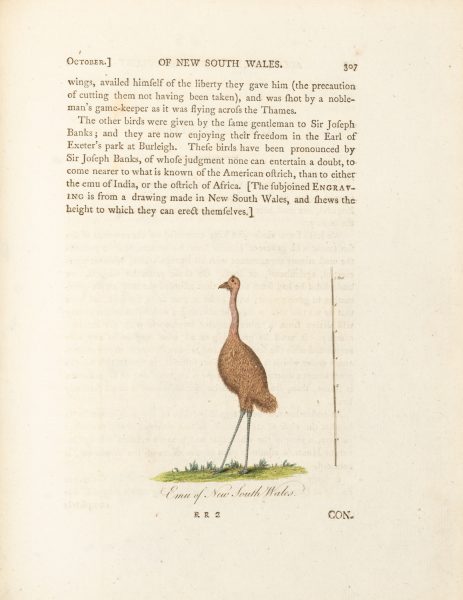 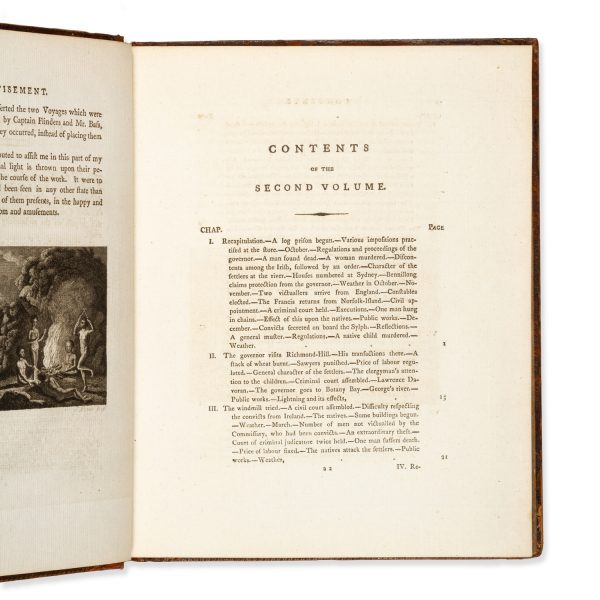 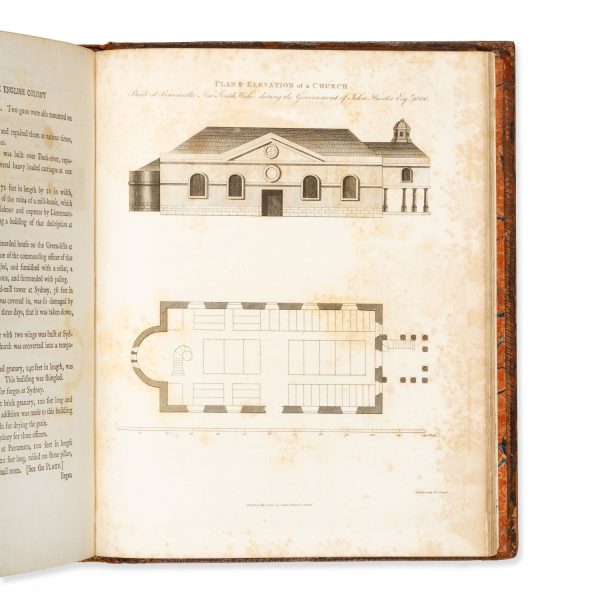 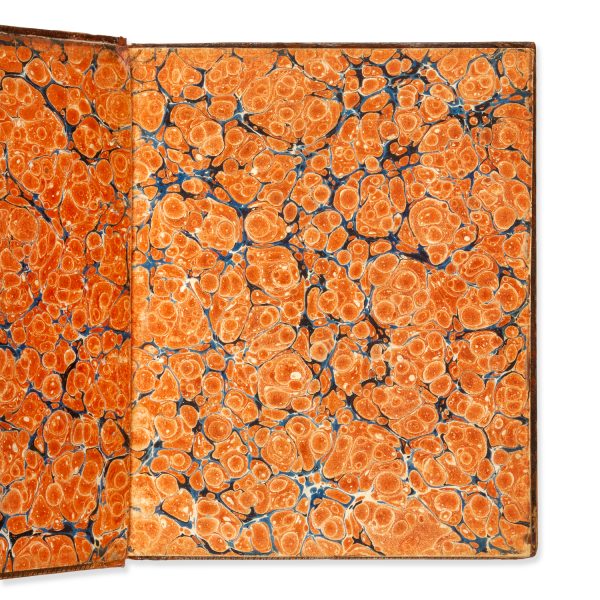 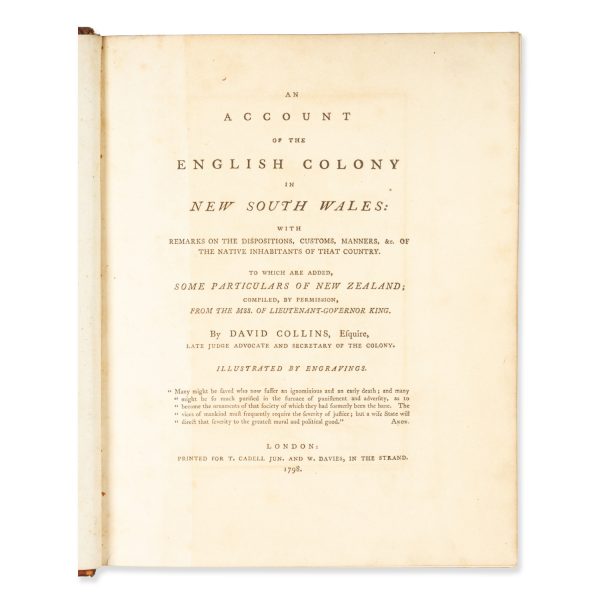 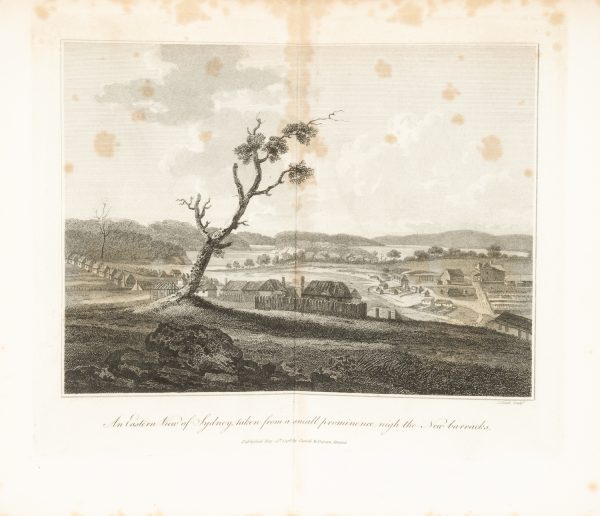 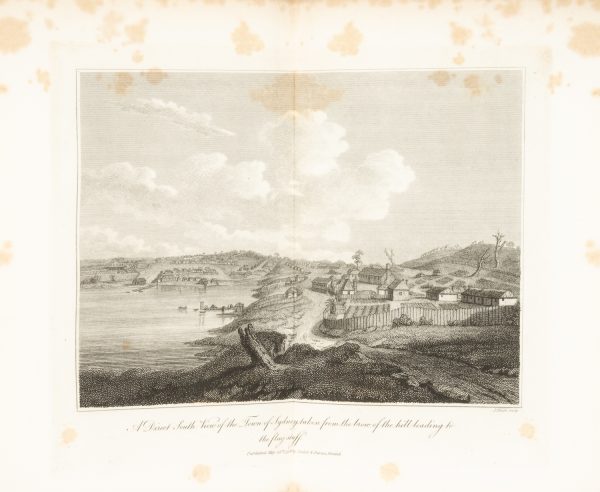 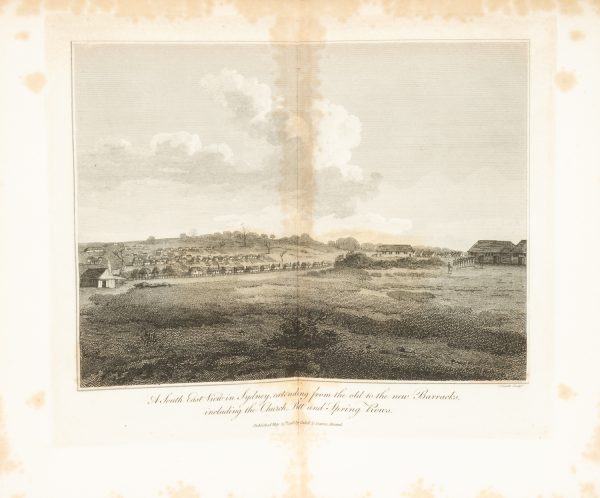 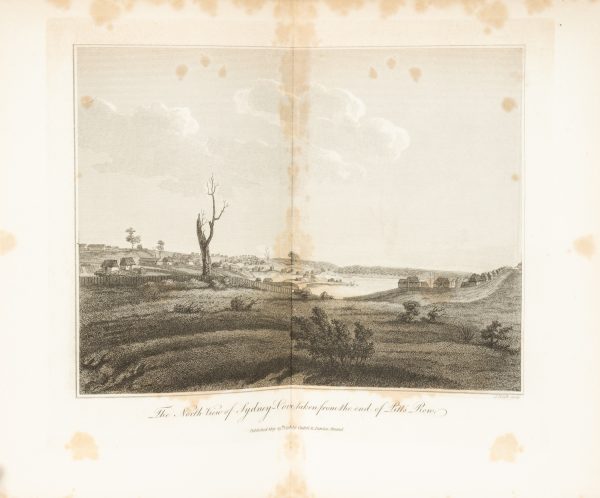 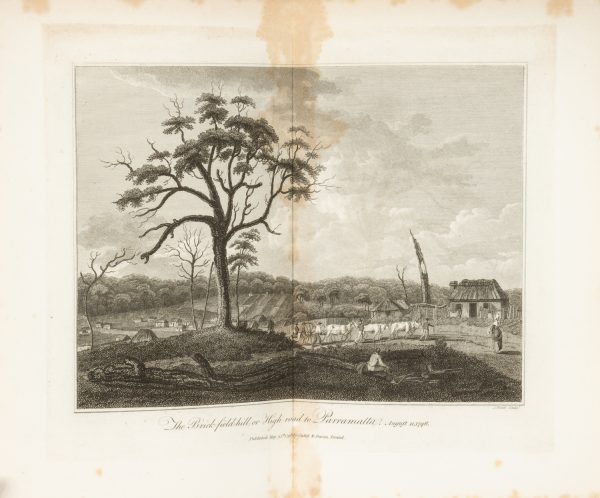 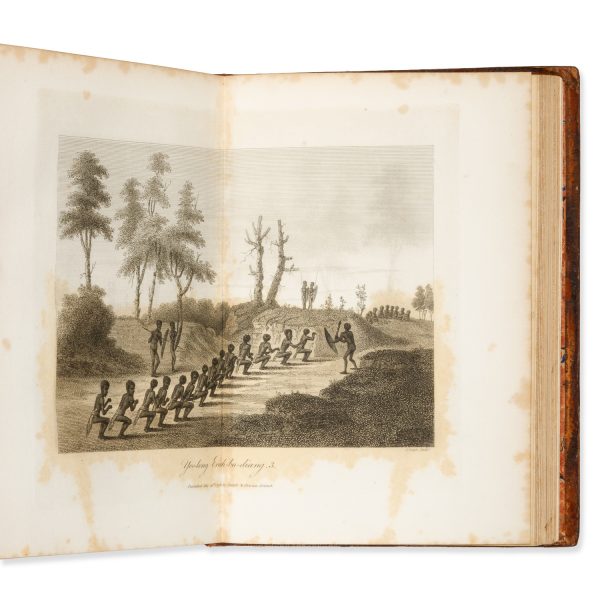 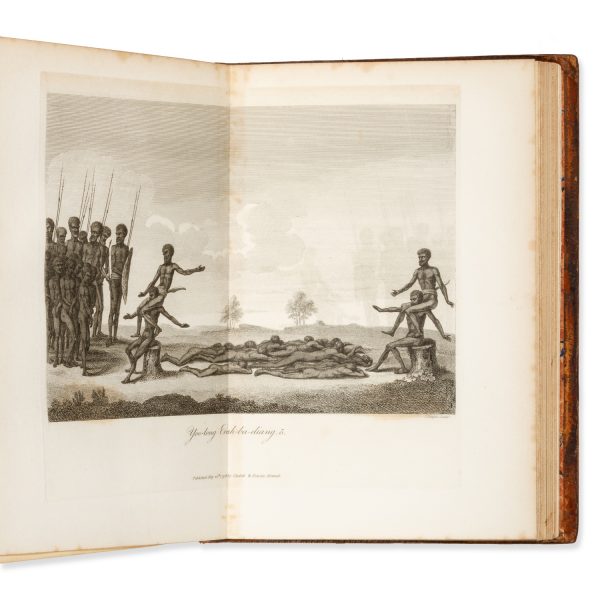 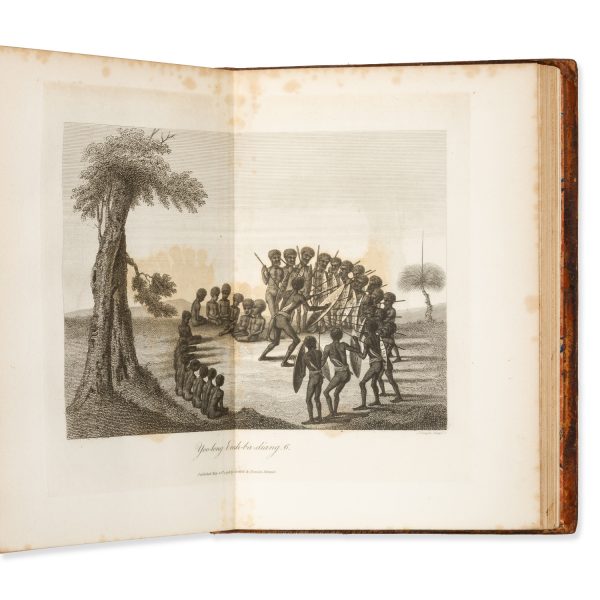 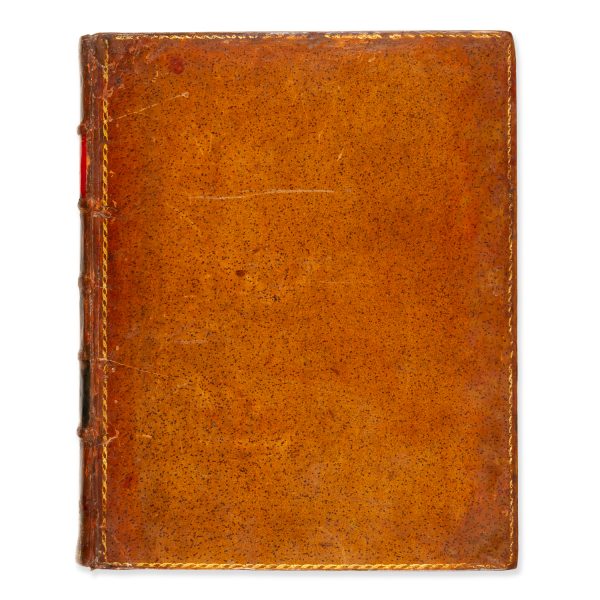 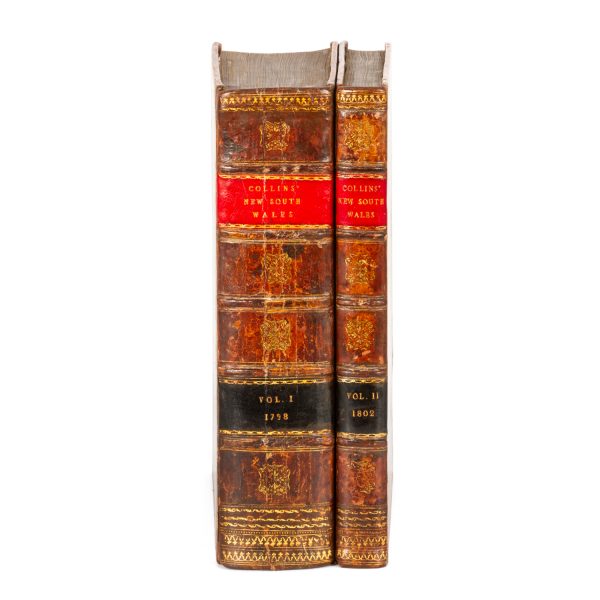 An Account of the English Colony in New South Wales :

The first edition of Judge Advocate David Collins’ journal of the First Fleet, with its striking series of plates illustrating Aboriginal people and their customs based on the sketches of Thomas Watling, supplemented by the rare second volume which describes the development of the colony in its first thirteen years. ‘The second volume is of the greatest importance, not only for its detailed chronicle of events but because of its narrative of voyages and expeditions of discovery … The journals of Bass and Flinders are of particular importance since Bass’s journal has never been recovered and … the accounts of inland expeditions recorded in the journals of John Price and Henry Hacking are singularly interesting. Quite apart from the exploration interest of these journals, they provide the first report of the existence of the koala, the earliest recorded sighting of a wombat on mainland Australia and the first report of the discovery of the lyrebird, which is for the first time described and illustrated in colour’ (Wantrup).