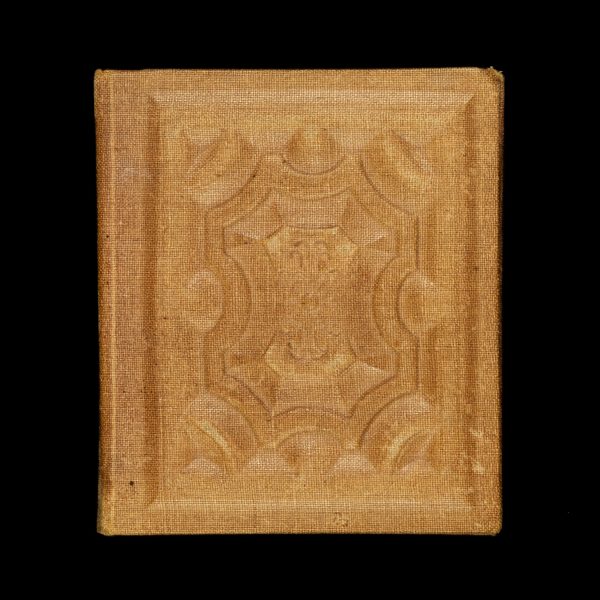 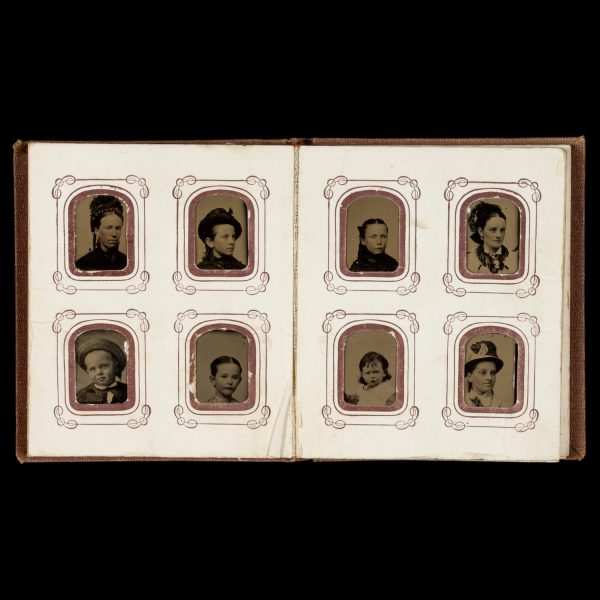 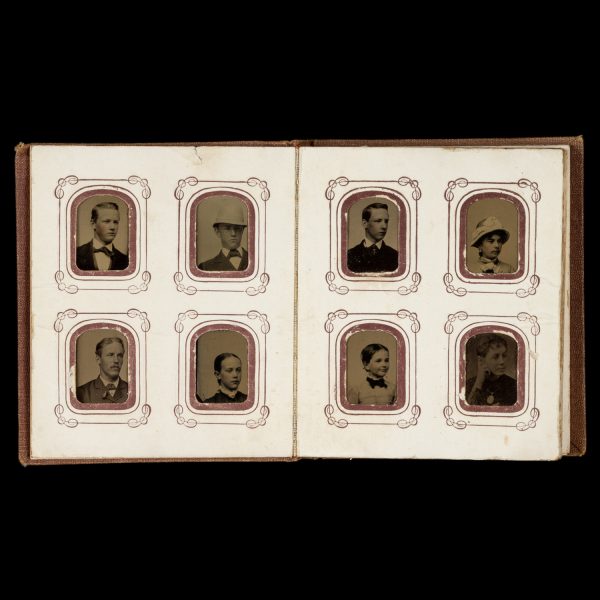 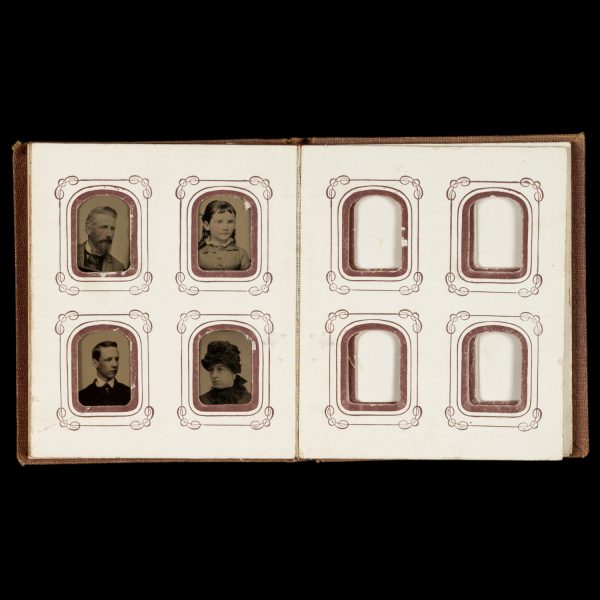 Miniature photograph album, 92 x 80 mm, original embossed plum-coloured cloth binding (fading on front and spine); all edges gilt; first leaf with pictorial advertisement for ‘Gove & Allen’s, Gem Albums & Patent Cameras, no. 324 George St., Sydney, Australia’; containing 32 window-mounted (i.e. removable) gem tintypes, each 25 x 20 mm, mounted four per side of four thickish board leaves (with two leaves unused at rear); the sitters – comprising men, women and children, most likely from one extended family – are not identified; the tintypes are all very well preserved within their mounts, which are unmarked and unfoxed; the binding is firm.

The tintype was a very cheap photographic process which never really took off in Australia in the same way that it had in North America during the Civil War period; it never seriously challenged the universal appeal of the albumen print carte de visite. In Australia it met with fairly limited success between 1880 and 1900 (although examples, mostly in the form of novelty tourist souvenir photographs, are found from as late as the 1920s). The so-called gem tintype was a tiny format image – most often a head-and-shoulders portrait – that had its heyday in the 1880s.

Gove & Allen was a San Francisco firm that specialised in tintype photography. It operated several Australian franchises in Sydney, Melbourne, Sandhurst and Brisbane up until 1885 (this end-date is suggested by photo historian Marcel Safier; Davies & Stanbury, in The Mechanical Eye in Australia, give an end-date of 1891). Gove & Allen also manufactured miniature albums for housing the tiny gem tintypes, of which the present album is an excellent example.