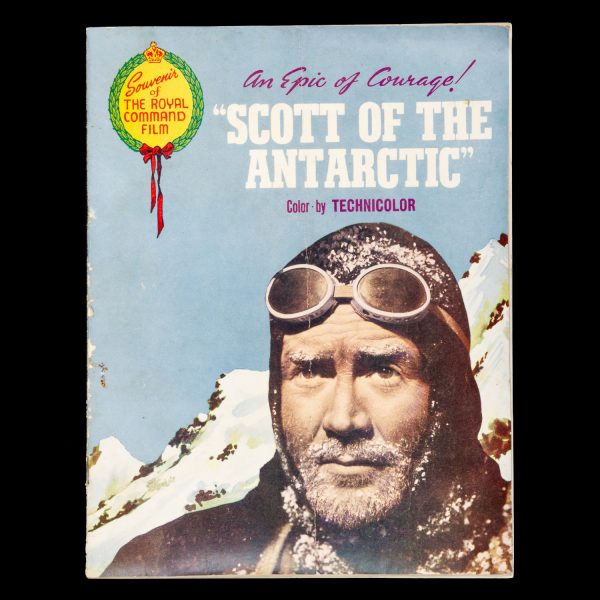 An epic of courage! “Scott of the Antarctic”.

Promotional booklet for the Australian release of the film starring John Mills, Diana Churchill, Derek Bond and others.

‘This film could not have been made without the generous co-operation of the survivors and relatives of late members of Scott’s last expedition’.