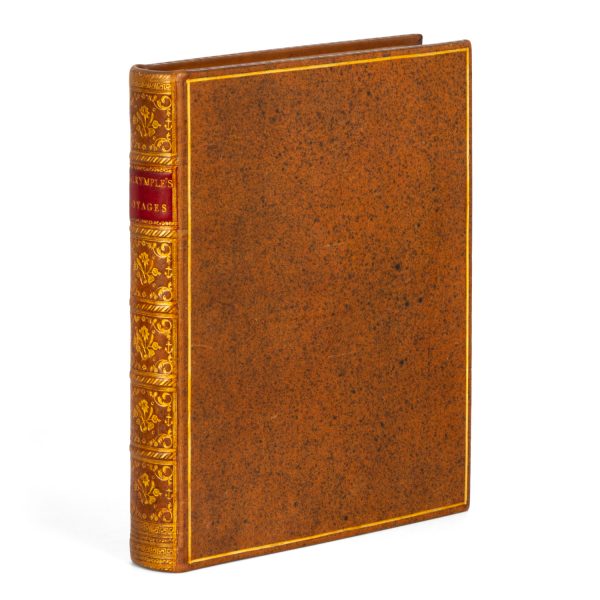 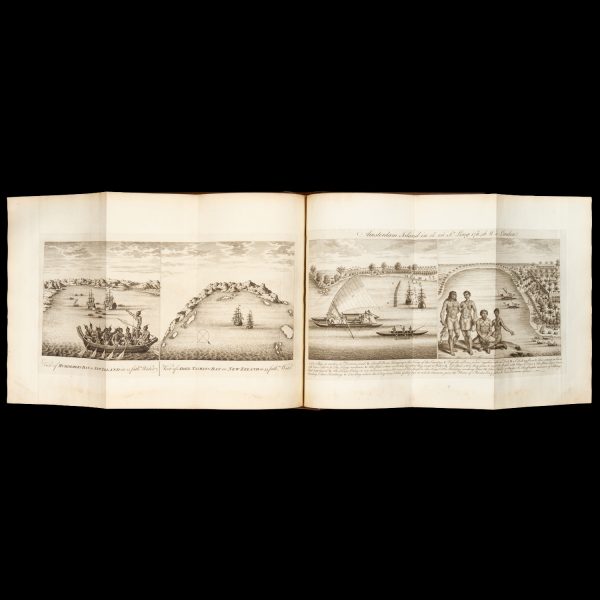 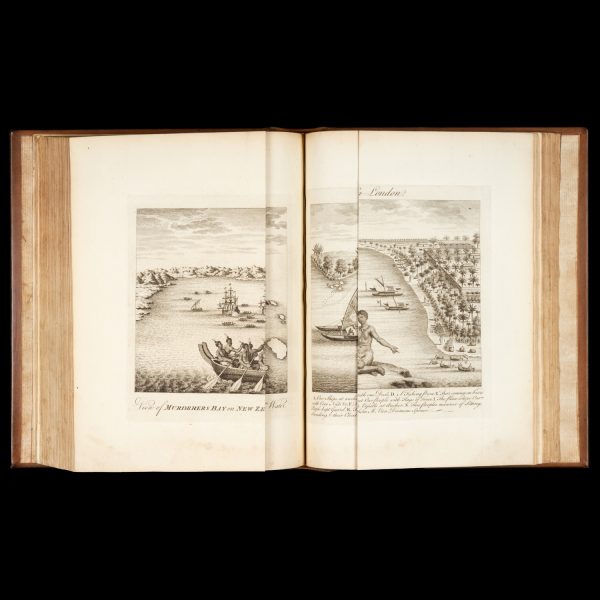 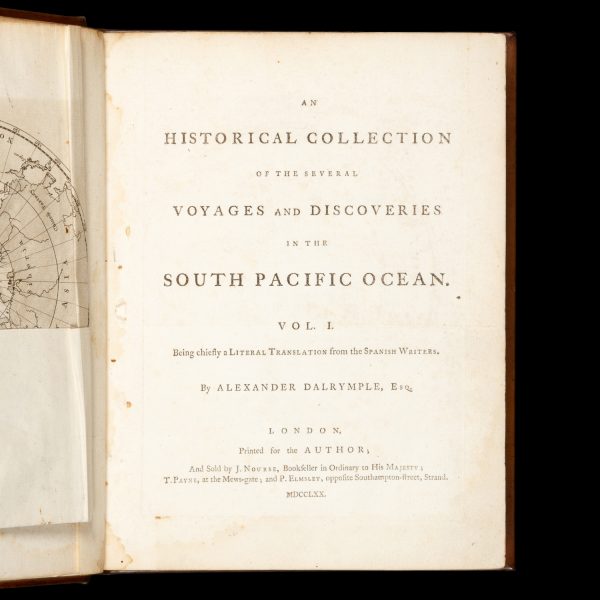 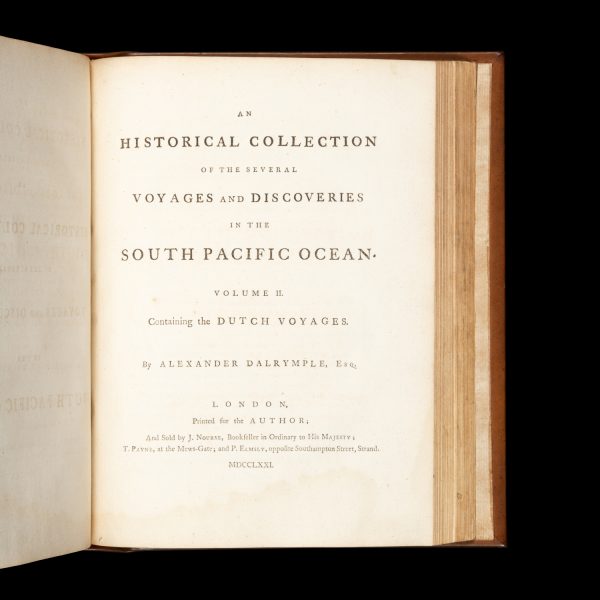 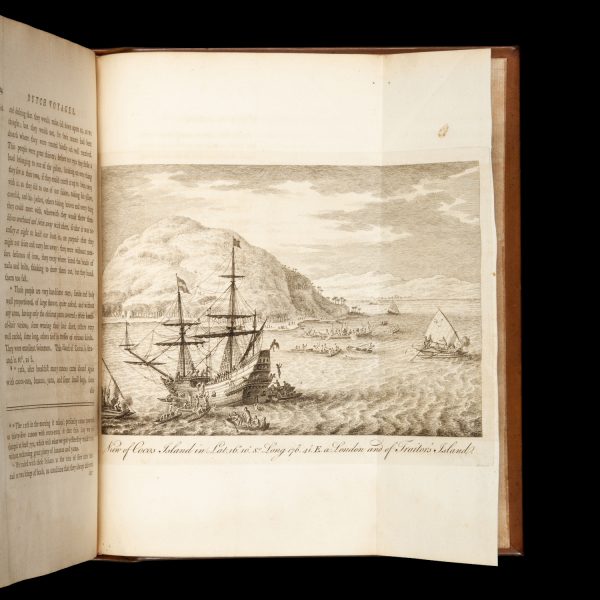 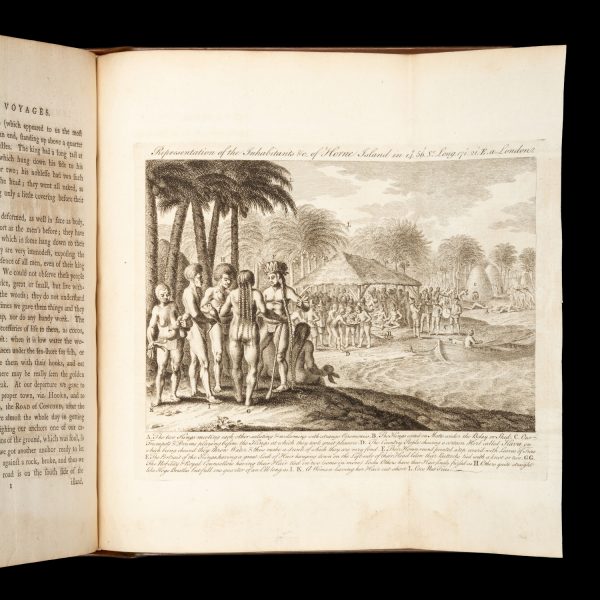 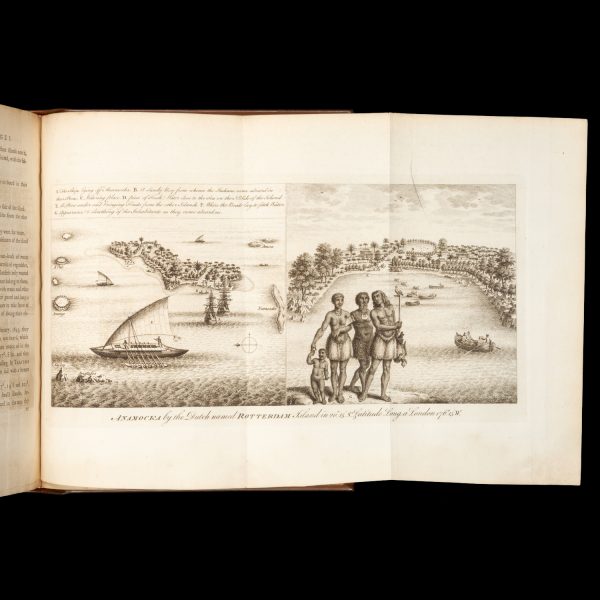 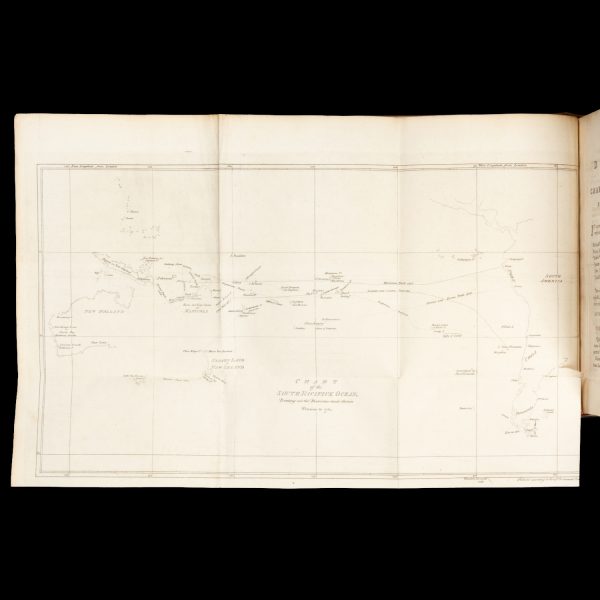 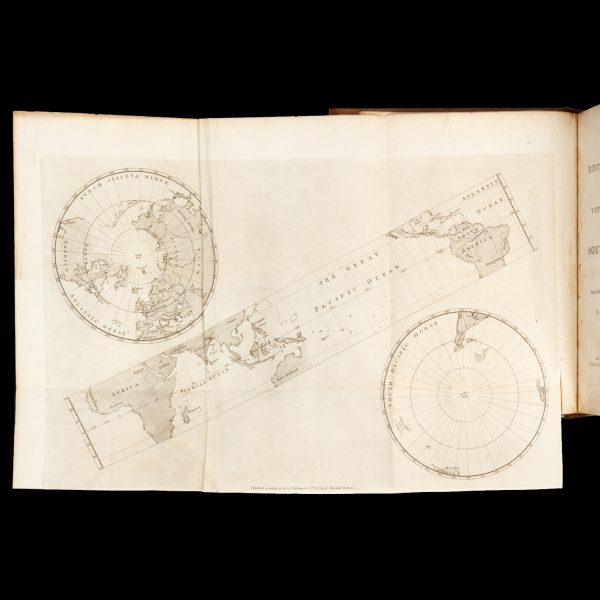 An historical collection of the several voyages and discoveries in the South Pacific Ocean.

It was to Alexander Dalrymple (1737-1808), adjudged by many as the leading hydrographer of his day, that the command of the South Seas expedition to observe the transit of Venus had originally been offered. However, Dalrymple’s difficult and demanding personality lost him favour with the Admiralty and ultimately cost him this honour, which fell instead to Cook. Dalrymple’s great literary undertaking – this collection of Spanish and Dutch voyage accounts that was to be the most comprehensive survey of European exploration in the Pacific up to that time – was already in the course of publication when the Endeavour returned. The news of Cook’s discoveries along the east coast of New Holland must have embittered Dalrymple, who had all along held a firm belief in the existence of a Great Southern Continent; although Cook’s success vindicated his theory, Dalrymple himself would not receive any of the accolades or acclaim accorded to Cook both in his lifetime and in posterity.

‘An historical collection was intended to stir up enthusiasm for the project of discovering and exploring the great southern continent (Terra Australis Incognita)… Although most of the first volume is composed of narratives of Spanish explorers of the South Pacific, Dalrymple also included navigational information on the South Seas and the Solomon Islands, and some of his own observations of the natural curiosities of Sulu… The narrative included, among others, the voyages of Magellan, Ferdinand Grijalva, Juan Fernandes (whom Dalrymple identified as the discoverer of the great southern continent), Adelanto Alvarado Mendana de Neyras, and Pedro Fernandez de Quiroz. Dalrymple did not wish for or anticipate a British conquest of the new continent. His vision of British oceanic expansion was based on trade rather than conquest and colonization… The second volume was devoted to Dutch voyagers [and] includes accounts of the voyages of Le Mair and Schouten in 1616, Abel Janszoon Tasman in 1642, and Jacob Roggewein in 1722.’ (Speake, Literature of Travel and Exploration, p.306)