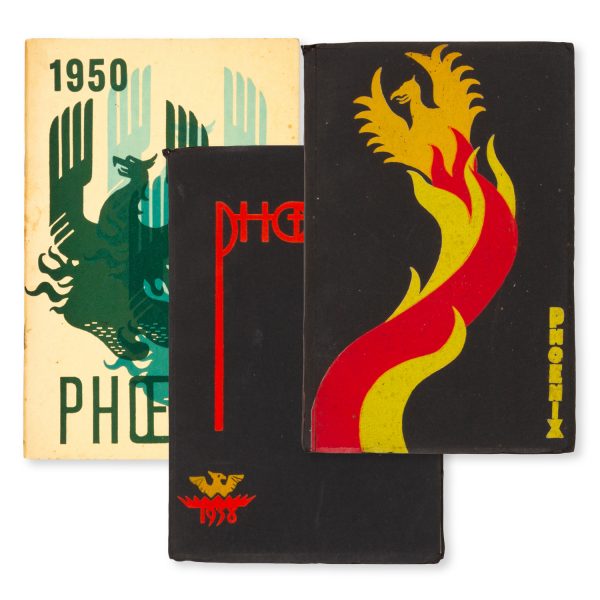 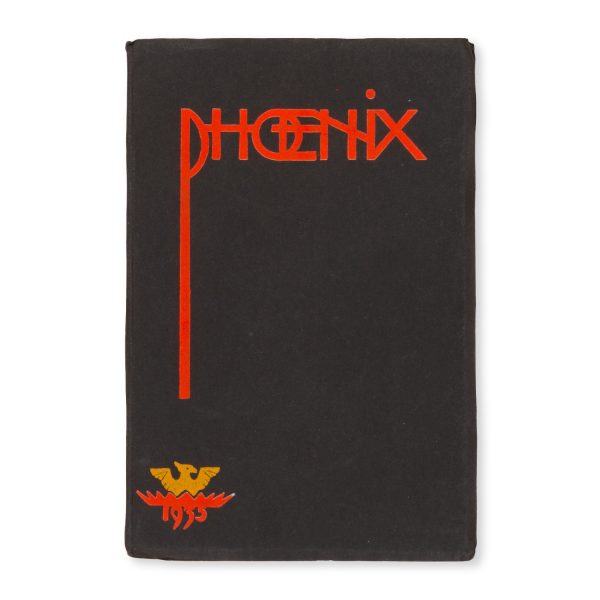 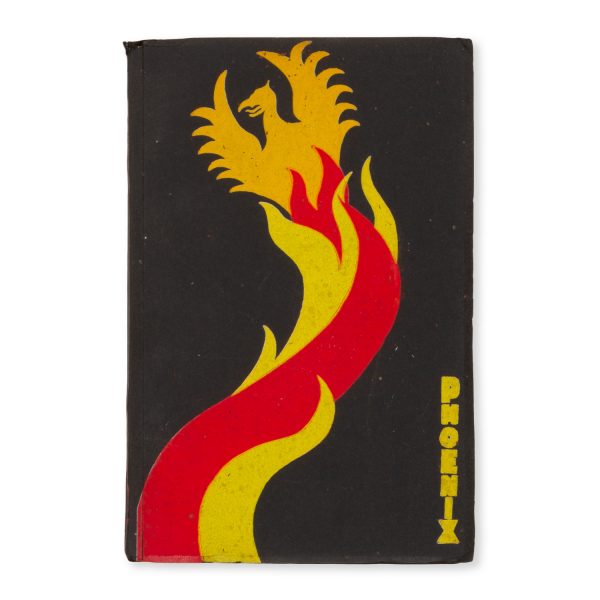 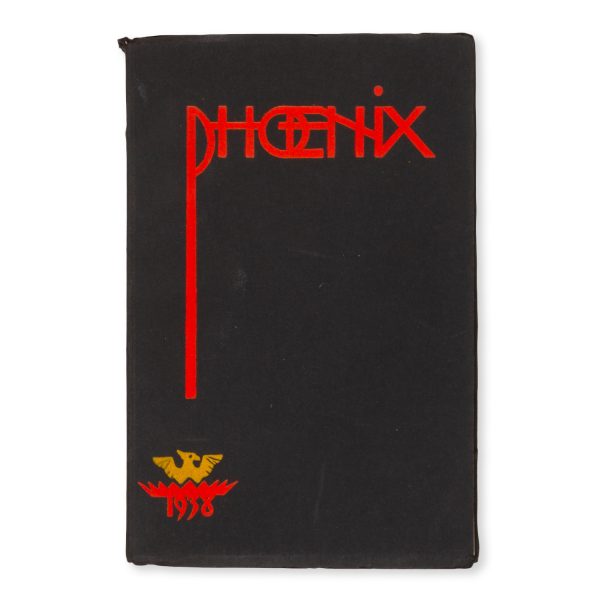 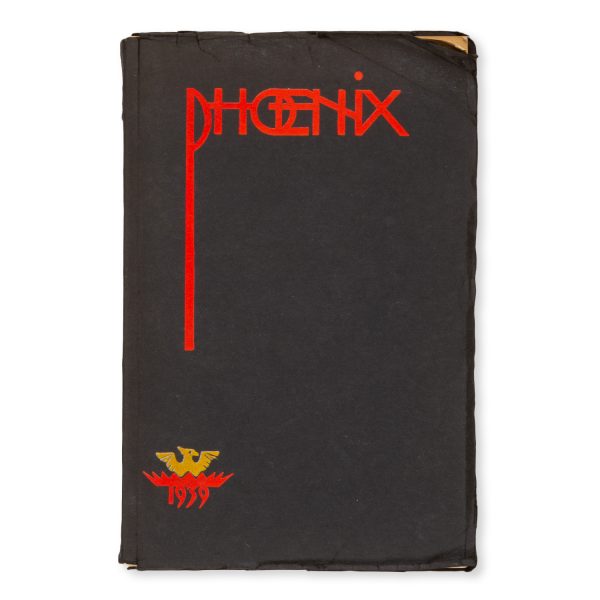 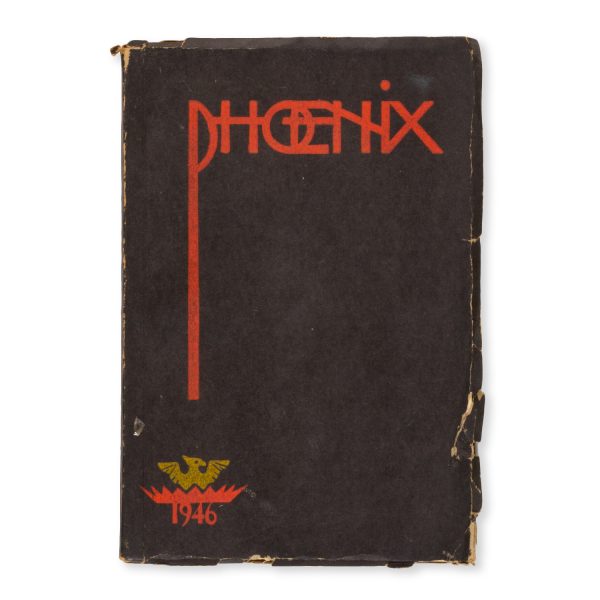 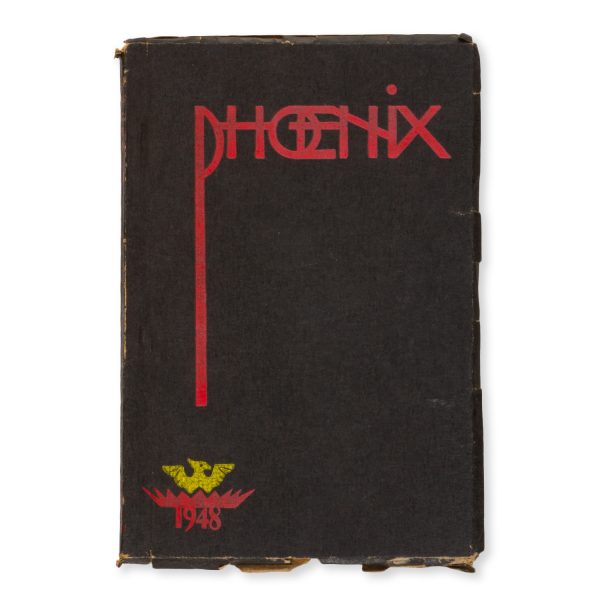 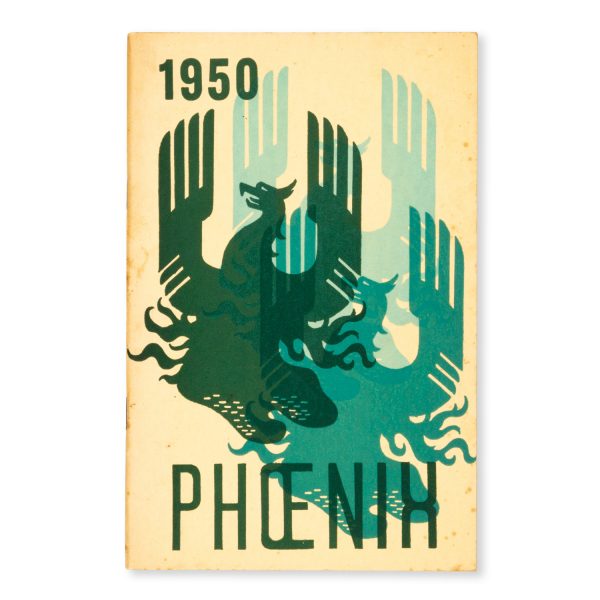 [The annual literary journal of the University of Adelaide]. Adelaide : Adelaide University Union, 1935-1948 (publication suspended 1940 – 1945, and not issued in 1947), and Adelaide University Students’ Representative Council, 1950). Eight volumes (of nine, lacking the 1949 issue), a near-complete run of this significant journal. Octavo, illustrated card wrappers (a couple marked and edges chipped, two from the library of academic John Tregenza, signed by him). A very good near-complete set of Phoenix including the five significant pre-war issues of this journal, the precursor to the Angry Penguins magazine. Scarce.

The stridently modernist and hugely influential Angry Penguins group emerged from the Adelaide literary scene of the late 1930s. Its key early figures were the poets Max Harris, D.B. Kerr, Paul Pfeiffer and Geoffrey Dutton. The editorship and contents of the journal Phoenix were dominated by these and numerous other like-minded anti-conservative writers and artists for five years up until 1939. The journal was the mouthpiece for a loosely knit group of radical, avant-garde and talented Adelaide students. These issues of Phoenix spanning the period 1935-39 are in a real sense the precursors of the Angry Penguins magazine, which was founded in Adelaide in 1940 as a reaction to the University of Adelaide’s ruling to cease publication of Phoenix due to its subversive nature. The first joint editors of the Angry Penguins magazine were Max Harris and D.B. Kerr. (Both Kerr and fellow student Pfeiffer were precociously gifted poets who died tragically young in the Second World War). When the Angry Penguins magazine moved to Melbourne under Max Harris’ editorship, the movement was to attract its four most celebrated artists: John Perceval, Arthur Boyd, Sidney Nolan and Albert Tucker.

The five pre-war issues represent the germination of arguably the most fertile period in Australian literature and art, with the post-war issues complementing the set.