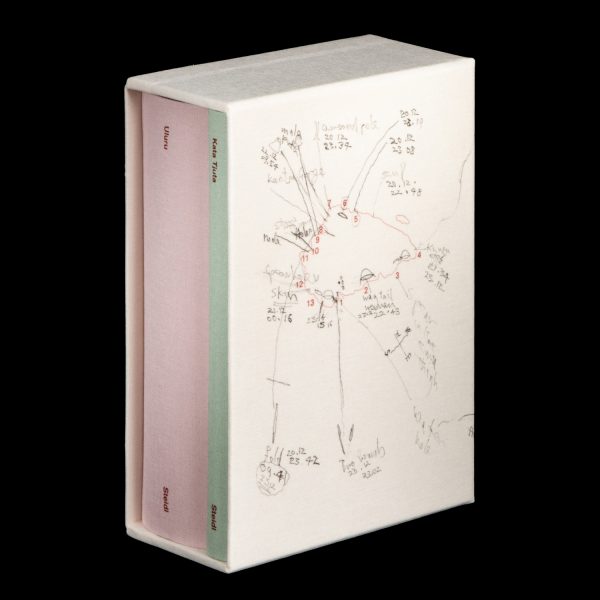 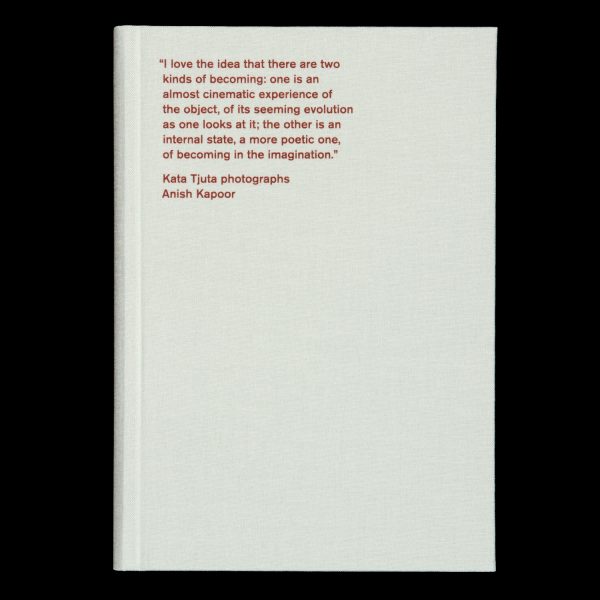 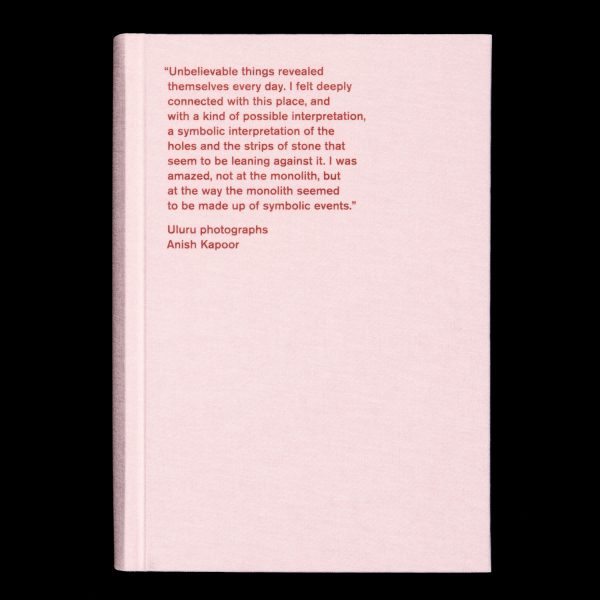 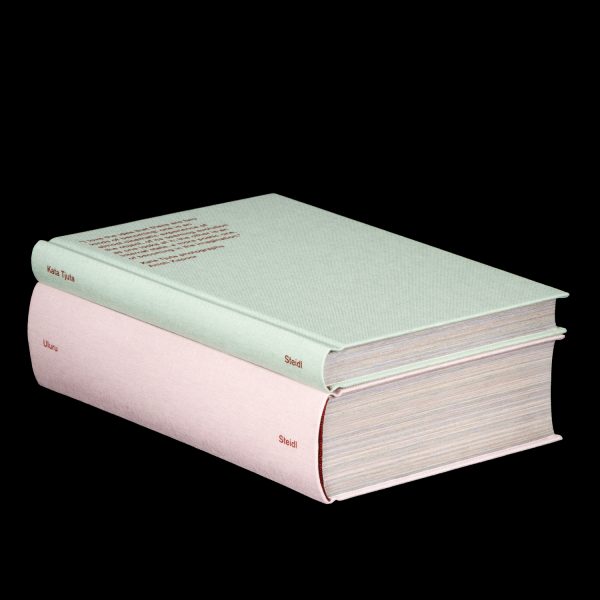 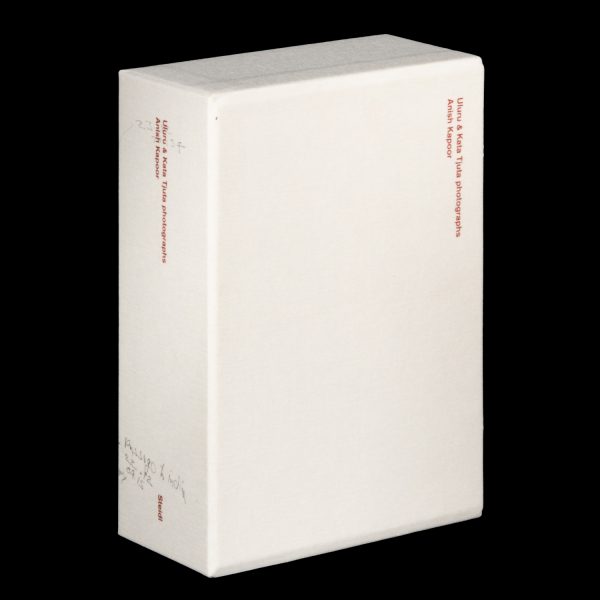 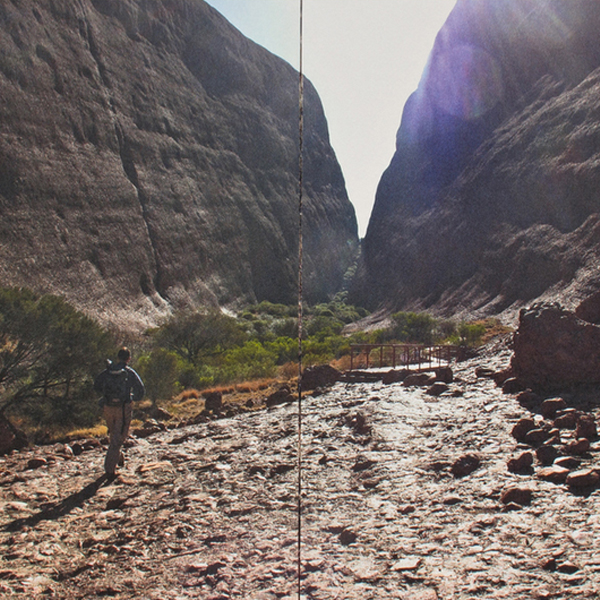 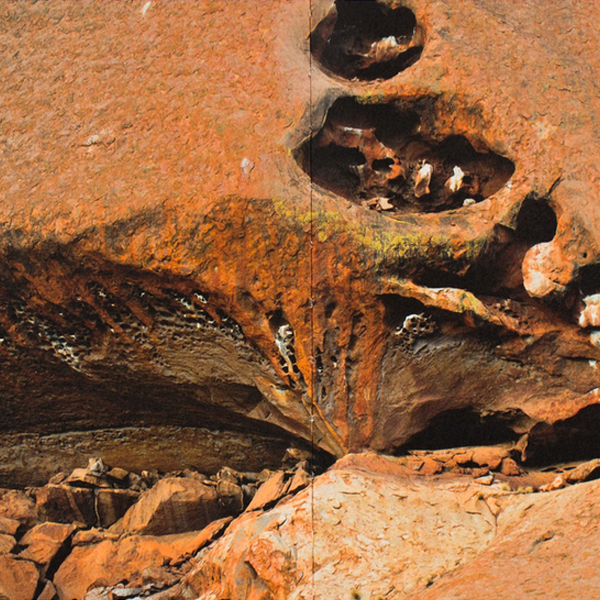 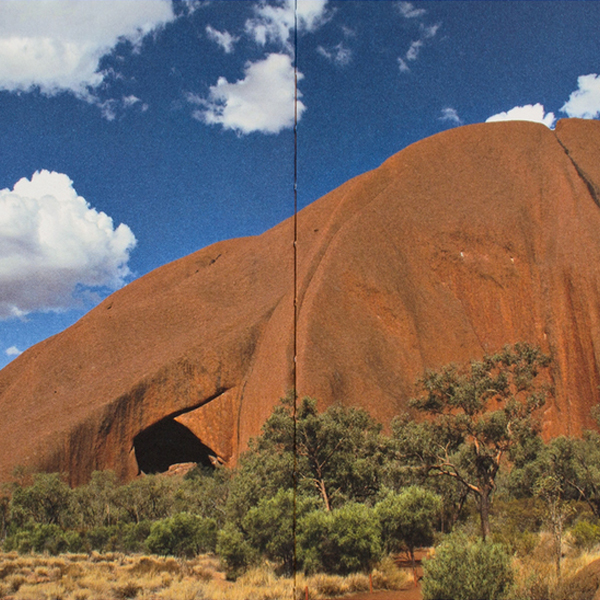 The powerful religious sites of Uluru and Kata Tjuta in the Northern Territory of Australia have been of deep interest to the artist Anish Kapoor since he first visited them in the 1980s. At Uluru he found a landscape of monumental scale which contained intimate and ritually resonant sites. A landscape of hollows and voids which he has read as resonant of primal or even “original” structure. Kapoor describes Uluru as “an object with a perforated skin which lends itself to mythic meaning.”

On his visit in 1991, Kapoor noted in his sketchbook “a white bump on a white wall.” He later made the sculpture When I am Pregnant (1992), describing it as “an object in a state of becoming.” The idea of the proto-object is central to Kapoor’s work. In 2012 Kapoor returned to Uluru and Kata Tjuta. These two photographic volumes trace his journey. They reveal through his eyes the artist’s pre-occupation with form and pre-form, skin and surface in relation to deep interior.

‘Unbelievable things revealed themselves every day. I felt deeply connected with the place, and with a kind of possible interpretation, a symbolic interpretation of the holes and the strips of stone that seem to be leaning against it. I was amazed, not at the monolith, but at the way the monolith seemed to be made up of symbolic events.’ – Anish Kapoor.