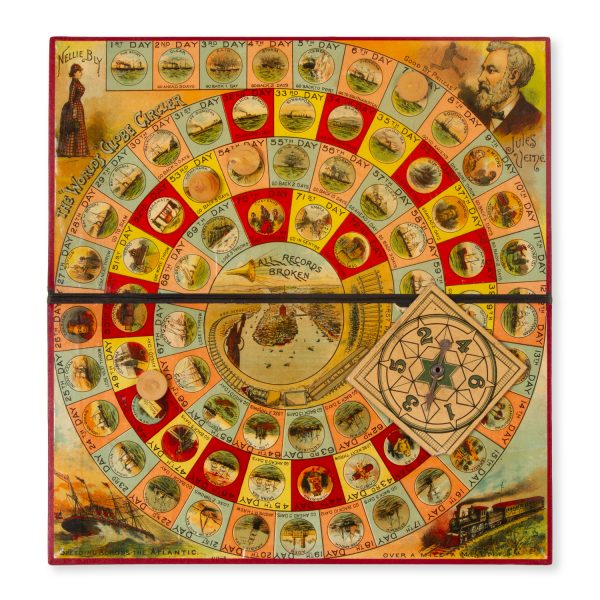 Around the world with Nellie Bly

“Famed woman journalist Nellie Bly (Elizabeth Jane Cochran) gained her reputation through two feats. She wrote “Ten Days in a Mad-House” after an undercover visit to an insane asylum, and she circumnavigated the globe; setting a new world record. She set this record in 1888, although it only stood for a few months. Still, these achievements bought her much noteriety in the late 19th century. And the largest manufacturer of games at this time, McLoughlin Brothers of New York, made a board game to commemorate her travels. The game’s traveling theme fits well with other travel games of the period. Playing such a game allowed stay-at-home players to experience a pretend journey. This particular example is just the game board only, of several Nellie Bly Game editions produced by McLoughlin. It allows a view of the concentric race pattern used for this game.” (Museum of Play website http://www.museumofplay.org/online-collections/3/48/107.3540).

Scarce, particularly in the box.