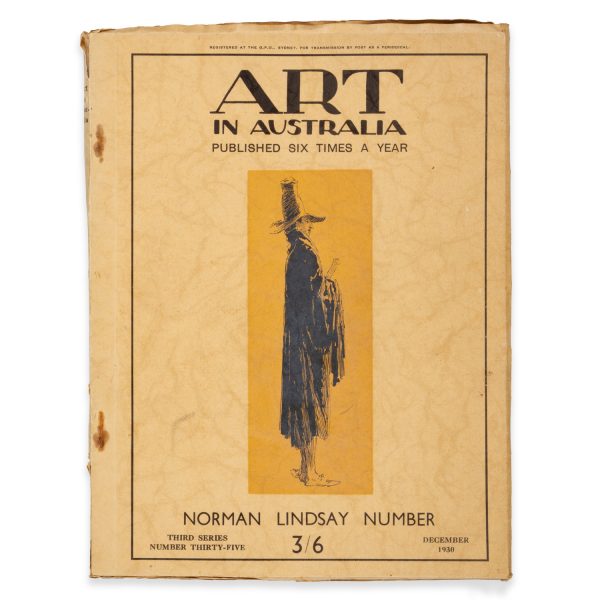 From the collection of close personal friend Margaret Coen, with her Norman Lindsay designed bookplate to front pastedown.

Art in Australia was conceived by Sydney Ure Smith as a flagship for Australian painting and graphic art, and has become the most important resource on Australian art in the first half of the twentieth century. Robert Holden writes ‘The magazine became a showcase of Australian printing ability and set new standards of advertising excellence …’ Artistic layout, quality graphic work in colour, an harmonious choice of typography and carefully worded text were all combined …’ (Cover Up, Sydney: 1995, p. 74).

For over a quarter of a century, and through its different formats, Art in Australia reviewed and discussed all aspects of Australian art exhibited in both commercial public galleries. Its longevity as a journal was due to its modern approach to design, with many covers being icons of art deco style in themselves