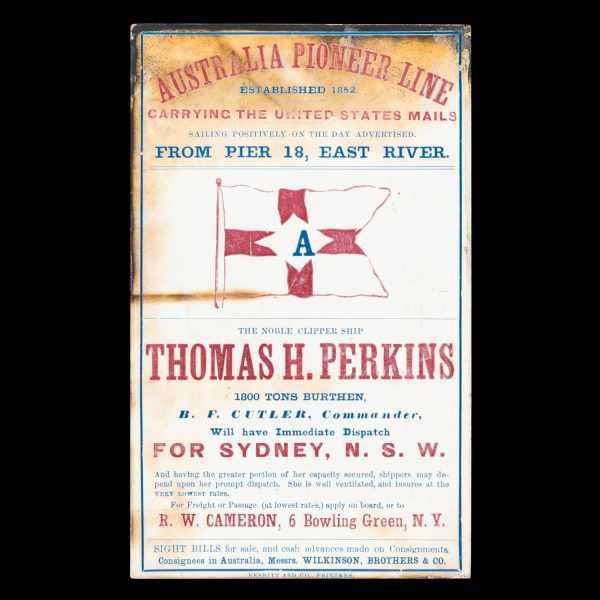 Scarce clipper card advertising a sailing of the ship Thomas H. Perkins from New York to Sydney in October 1859. The Thomas H. Perkins was one of the fast mail clippers of the Australia Pioneer Line, which had been founded by Canadian entrepreneur R. W. Cameron in 1852 to take advantage of the boom in trade between the United States and the Australian colonies created by the gold rushes.

‘Australia Pioneer Line – established 1852. Carrying the United States mails … The fine ship THOMAS H. PERKINS, loading at Pier 18 East River, will be despatched for Sydney, N.S.W., 20th October. For freight or passage apply on board, or to R. W. CAMERON, No. 6 Bowling Green. Sight bills for sale, and cash advances made on consignments. Consignees in Australia, Messrs. Wilkinson Bros. & Co.’.