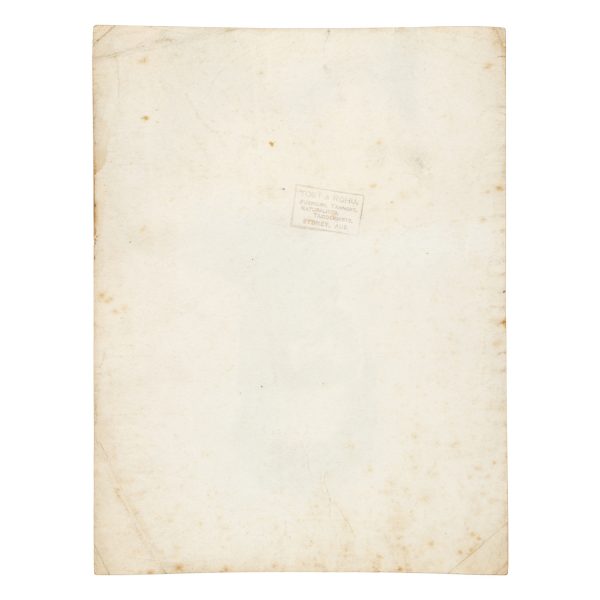 The taxidermist Jane Tost (1817-1889) emigrated to Tasmania in 1856, initially working at the Tasmanian Museum in Hobart Town. Throughout the 1860s she was employed by the Australian Museum in Sydney, and her work was held in the highest regard by her peers. Her daughter, Ada (1845-1928), also became a skilful taxidermist and in 1878 they founded the firm of Tost and Rohu after Ada had married the naturalist Henry Rohu. This eccentric but highly successful business, which specialised in taxidermy, Aboriginal and South Sea Island artefacts and curios and natural history, was run by Ada up until 1923, when it was sold to the bookseller James Tyrell. Tyrell purchased the glass negatives of the photographer Henry King after his death in 1923 (these negatives now reside in the Powerhouse Museum, Sydney).