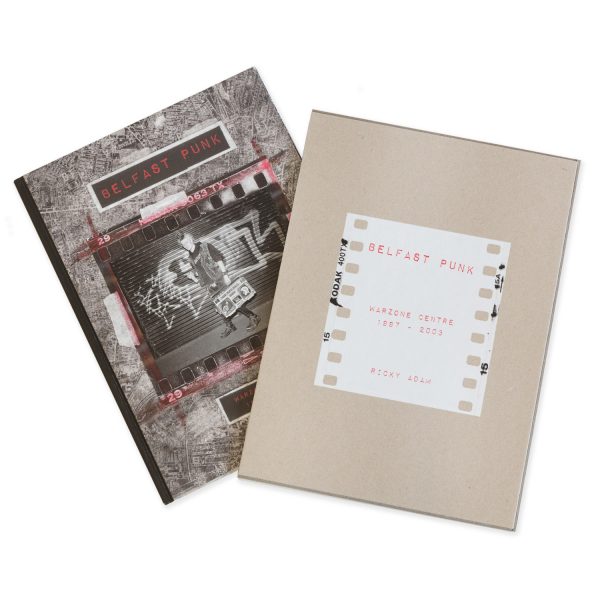 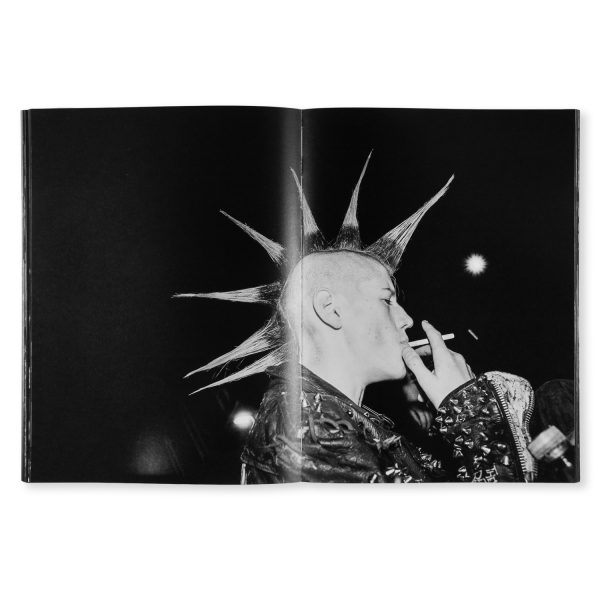 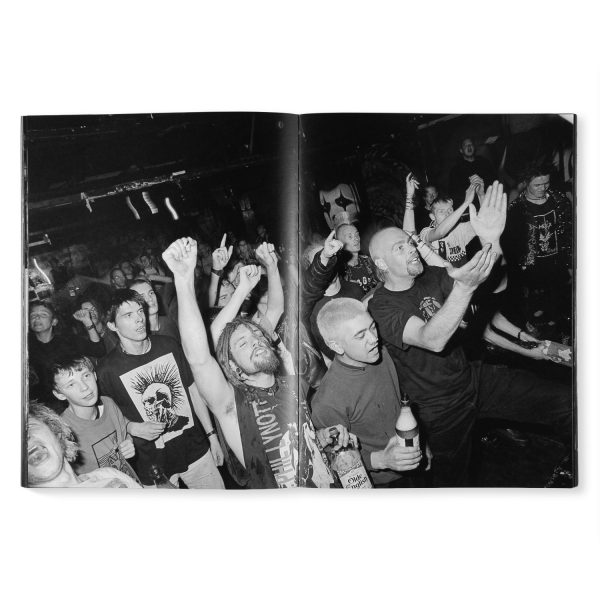 Bologna : Damiani Editore, 2017. Quarto, illustrated boards in cardboard slipcase, button, limited to only 15 copies, with an original photograph by Ricky Adam, signed and numbered in an edition of 15. New copy, still sealed in shrinkwrap.

‘The Warzone Collective began in 1984 in Belfast, Northern Ireland, when a few local punks decided to consolidate their efforts and find their own venue, practice, and social space. In 1986, the Collective opened Giros, its first premises in Belfast, which contained a vegetarian cafe, practice space, and screen printing facilities. It soon became a focal point for anarchists and punks. In 1991 the Collective moved Giros to a larger and more ambitious venue, the spot where all of the photographs in this book were taken. Over the years, thousands of people passed through Giros’ doors. A strong D.I.Y. ethic defined the way gigs and events were organized. It didn’t have an alcohol license, and it was an all ages venue. The Warzone Centre, or The Centre as it was called by some, became the countercultural hub for the greater Belfast area and beyond. Bands from all over the world played there, and it was famous for being one of the best in Europe for D.I.Y. punk. The photographs in this book were taken between 1997 and 2003. Toward the end of 2003, the Centre closed, leaving a huge gap in radical Belfast culture. It reopened in 2011, in a different venue on the opposite side of town and is still going strong today.’ – the publisher