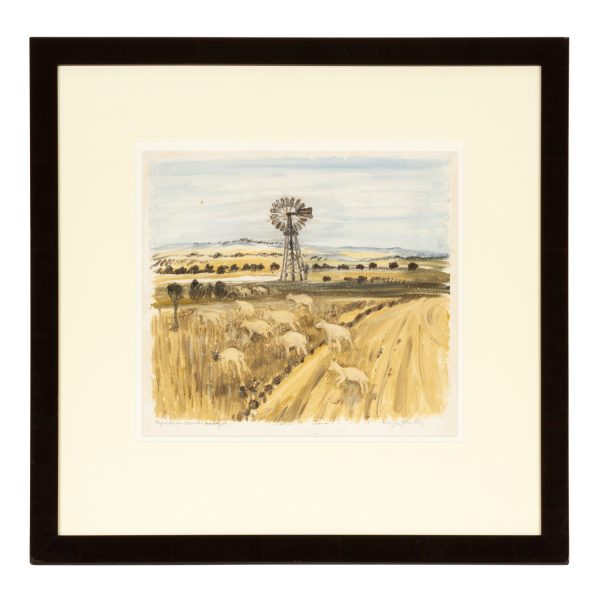 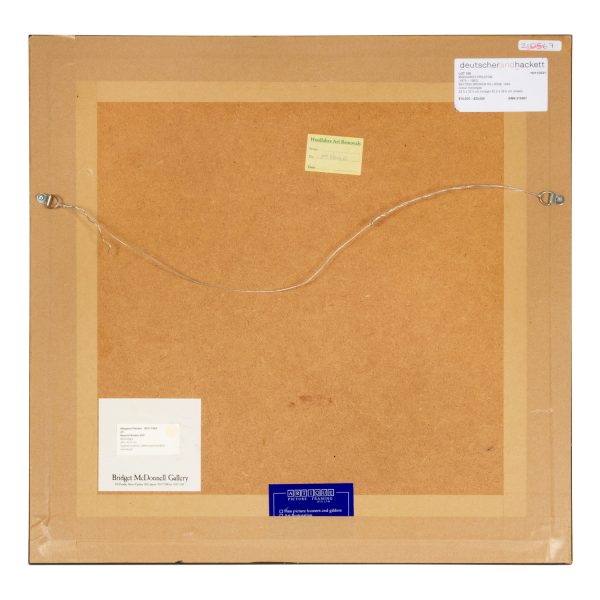 ‘During the 1940s Preston experimented widely in printmaking techniques. In 1932 she began to use the rough side of Masonite as a printing surface, and in 1946 had a brief flirtation with screenprinting, later spending six months producing monotypes. There was no formal exhibition of the artist’s monotypes, but they were collected together and catalogued by Sydney Ure Smith who published the book Margaret Preston monotypes in 1949, shortly before his death … The monotypes were generally well received,  with examples being purchased by the public galleries of New South Wales, Queensland and Victoria. Other monotypes were acquired by art historians Sir Kenneth Clarke and Professor Joseph Burke, and artists such as Adrian Feint, Lloyd Rees and Douglas Dundas. Indeed, the book noted that all examples had been sold’ – Roger Butler, The Prints of Margaret Preston, 2005, p. 30.

Preston painted the monotypes in three main series, flowers, Aboriginal inspired designs, and bush landscapes. The art critic G. W. Hutton wrote in Meanjin, Summer 1949 ‘Because the flower pieces are best known, the landscapes strike one most forcibly with theie feeling of the rough texture of the bush, their harsh, broken foregrounds, their soil and unyielding masses. The softening atmosphere, with its tricky romantic effects, has been wiped away to show the essential structure and the essential colour of the country’ – Butler, p. 32.

BUTLER, Roger. The Prints of Margaret Preston: a catalogue raisonne. Canberra: National Gallery of Australia, 2005, catalogue no. 332a, p. 279 (illustrated)