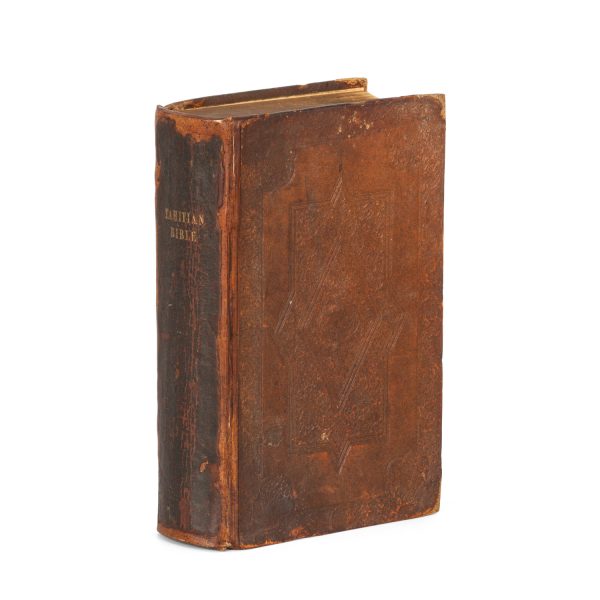 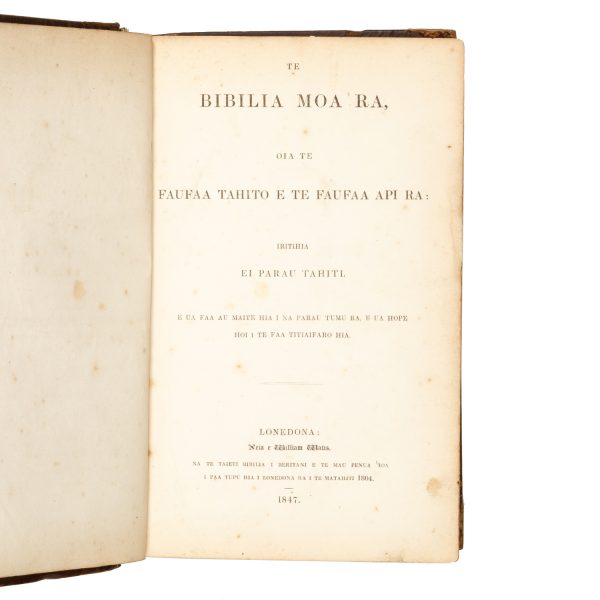 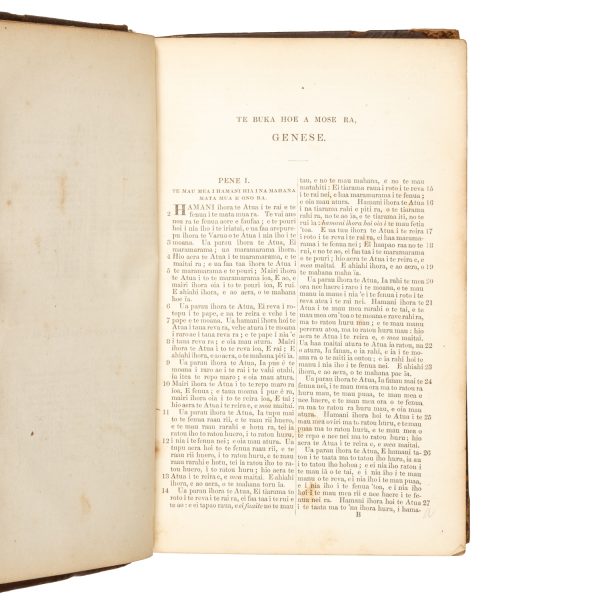 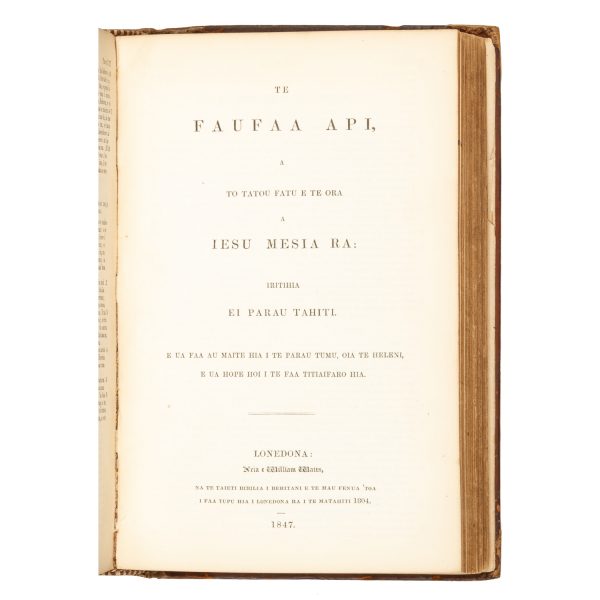 An early Tahitian Bible with a significant Australian association.

MacGillivray’s first voyage was on the expedition of HMS Fly (1842-1846), under Captain Owen Stanley, which spent over three years around the Australian and New Guinea coasts, and carried out extensive surveys of the Great Barrier Reef and Torres Strait. His appointment was paid for by the Earl of Derby and his specimens were sent to Knowsley Hall.

MacGillivray next joined HMS Rattlesnake (1846-1850), under Captain Owen Stanley, as one of three naturalists, one of whom was none other than Thomas Huxley. The Rattlesnake, like the Fly, surveyed the Queensland coast and the Great Barrier Reef, the southern coast of New Guinea and the Louisiade Archipelago, and also visited Bass Strait and Port Essington. Early in 1852 MacGillivray published his Narrative of the Voyage of H. M. S. Rattlesnake.

On his first two voyages, MacGillivray had demonstrated a keen interest in native peoples and had collected glossaries of various languages. It was probably this interest that led to his being presented with the current work by the London Missionary Society on 8 June 1852, just before his departure on HMS Herald (1852-1856), which would carry out surveys in South America and the South Pacific under Captain H. M. Denham. However, MacGillivray suffered from periods of alcoholism, and he was dismissed from the expedition at Sydney in early 1855. He remained in Australia, making a meagre living as a naturalist and writer. For a time he was employed in cataloguing the shell collection of conchologist Dr. James C. Cox; he also appears to have been secretary of the Horticultural Improvement Society in Sydney. He made trips to the New Hebrides and to Cape York, and from 1864 settled in Grafton, where he became a collector of natural history specimens in partnership with J. F. Wilcox. He died at the age of 46 in Sydney in 1867.