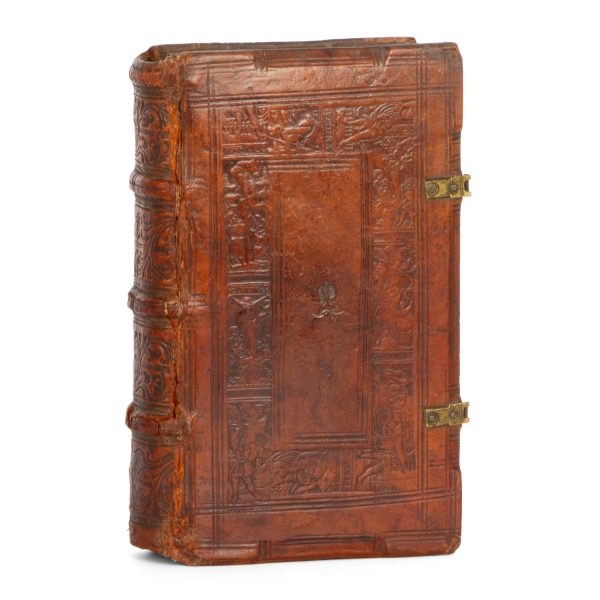 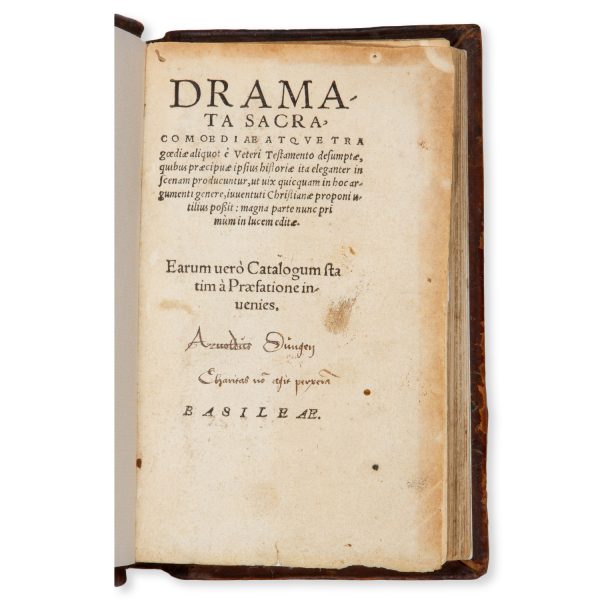 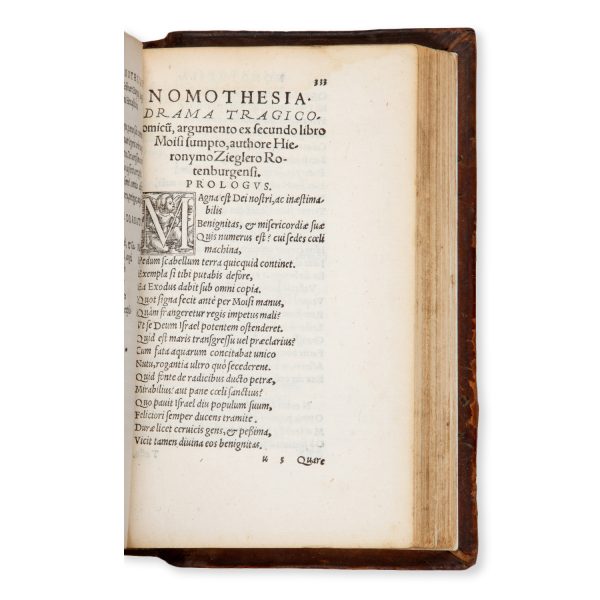 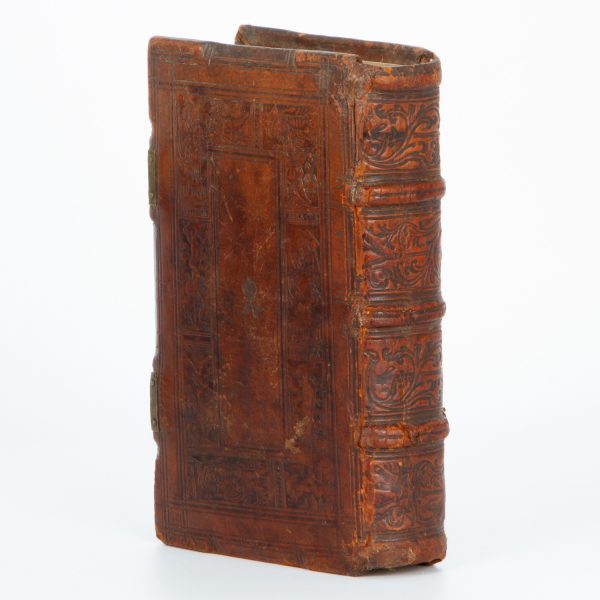 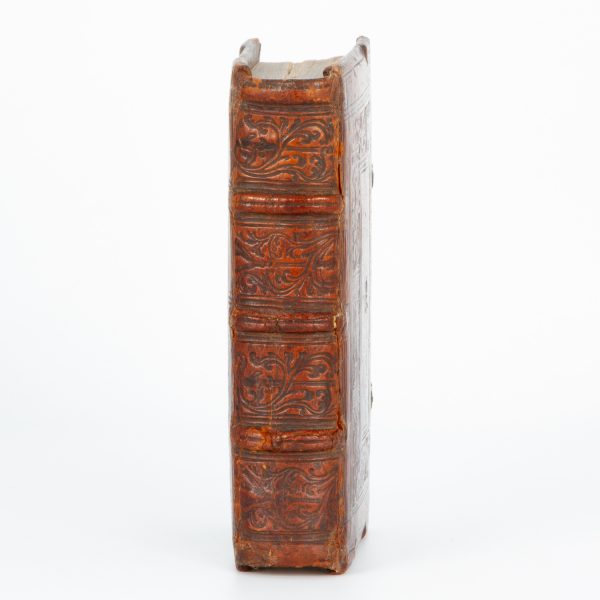 Basileae : [Ex officina Joannis Oporini], [1547]. Duodecimo (163 x 98 mm), contemporary elaborately blind-tooled calf over wooden boards, both covers with floral decoration at centre within rectangular panel with triple fillet border, framed by a sequence of figural elements depicting Biblical scenes separated by narrow spaces with blind tooled lettering; the front cover has seven complete and four incomplete scenes with saints, apostles, angels, a Crucifixion scene and a Garden of Eden scene; these are separated by eight panels, five of which have lettering: ABRA-CRE (x2), IUSTIFICA (x2) and INRI (partially legible); the rear cover has nine of the same Biblical scenes, including the Crucifixion scene and the Garden of Eden scene (x3), with seven of the eight narrow panels lettered in a similar manner to the front cover; the scenes on both covers are framed by two sets of crossing triple fillets; spine in compartments with blind-tooled decoration in the form of flowing, curvilinear floral designs; two brass clasps (lacking the leather strap); title with early ownership inscription of Arnoldus Sungey, Basel; pp [16], 561 (i.e. 541, due to erroneous pagination in several places), [3] pp; illustrated with 11 historiated 5-line woodcut initials (one large, 28 mm square) in the style of Holbein, and three smaller 3-line decorated woodcut initials; fine typesetting in italic humanistic style, with Roman type for headwork; text in Latin. Signatures: *8, a-z8, A-L8 (L8 blank); collated and complete in itself (but without the second volume); a few minor scratches to lower spine and back cover, endpapers renewed; clean and crisp throughout, a superb copy in a beautiful and well preserved contemporary binding.

A work containing eight plays dramatising stories from the Old Testament. Intended as a Latin aid for students, it includes the stories of Adam and Eve, Isaac, Joseph, Moses, Samson, Ruth, and Samuel. Five of the plays were written by Hieronymus Ziegler (1514-1562), a German Catholic humanist from Augsburg who would be appointed to professor Poetry at Ingolstadt in 1548; one is by fellow Augsburg humanist Sixt Birck (1500-1554), and the remaining two were authored by Dutch Catholic humanists Cornelius Crocus (1500-1550) and Jacobus Zovitius (1512-?).

The work was edited and published in Basel in March 1547 by Johannes Oporinus (1507-1568), who also supplied the dedication. The precise publishing date is known from the colophon in the second volume (not offered here). Oporinus had earlier published the first Latin translation of the Quran (1542-43).