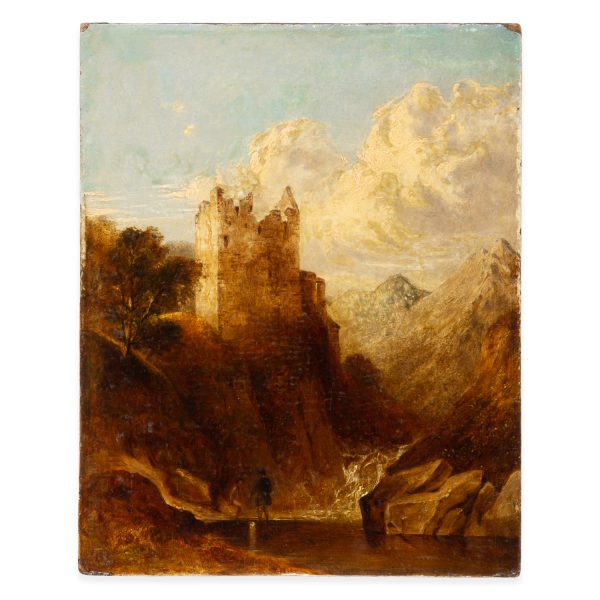 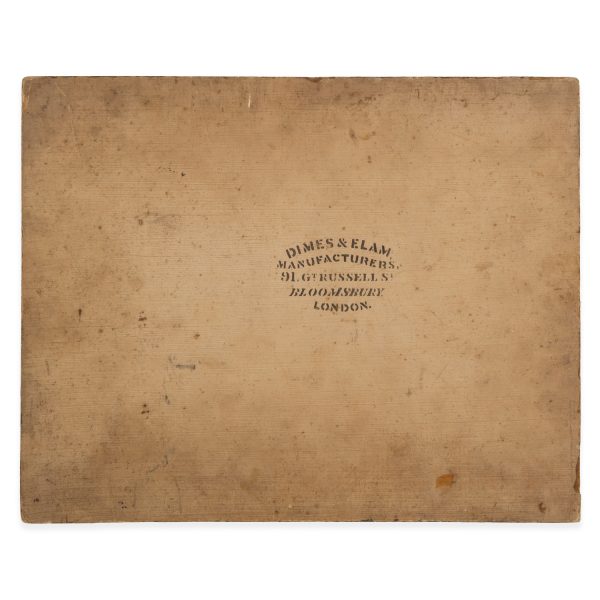 Castle ruins with waterfall and mountain scenery. Circa 1845.

[English school, probably 1843-45]. Oil on board, 315 x 250 mm, unsigned; unframed; aside from some wear at the corners, the painting is in good condition, well preserved under the original layers of varnish; verso with the stencilled mark of London artists’ suppliers Dimes & Elam, 91 Great Russell Street.

This atmospheric landscape painting, which was perhaps done from life, was painted by a highly competent English artist who unfortunately remains unidentified. (We searched in vain for the initials ‘JMWT’ ….). However, the work can be dated with some degree of certainty owing to the fact that Dimes & Elam’s business partnership lasted only a little over two years, from March 1843 to October 1845. While the earliest date for the painting is therefore 1843 the artist could, of course, have used the board some time after the board manufacturers went out of business.