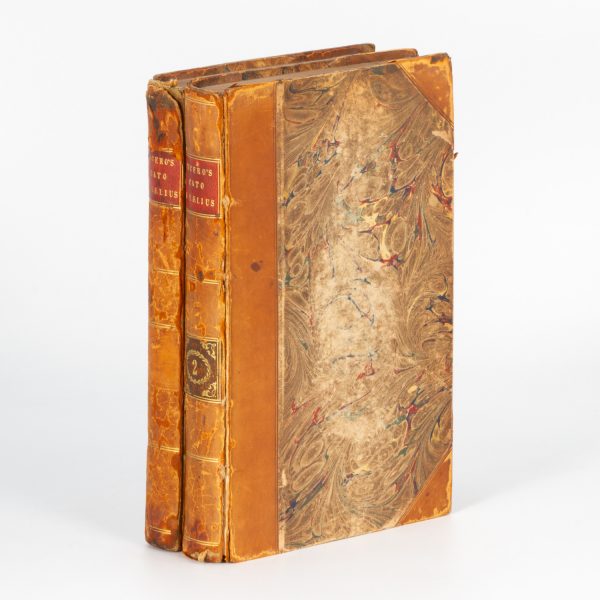 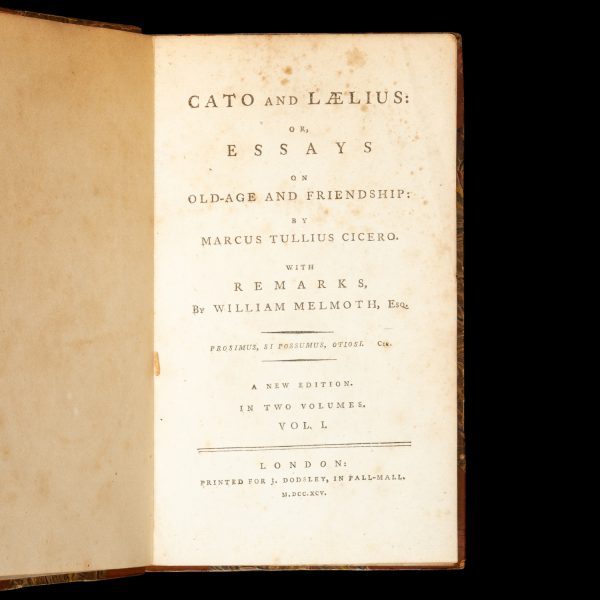 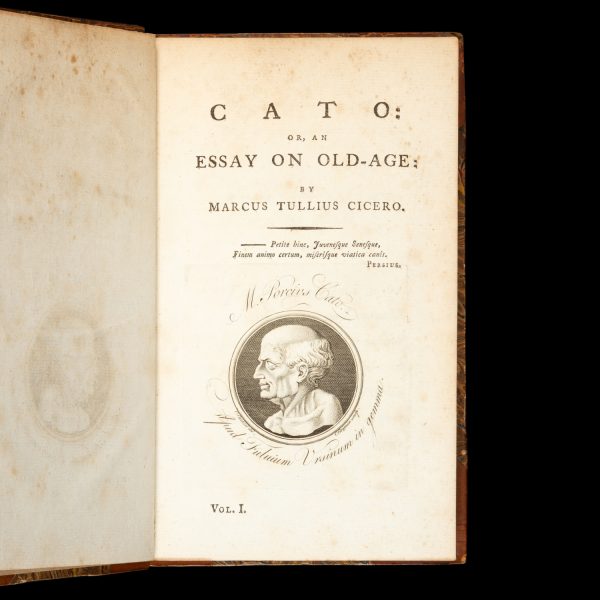 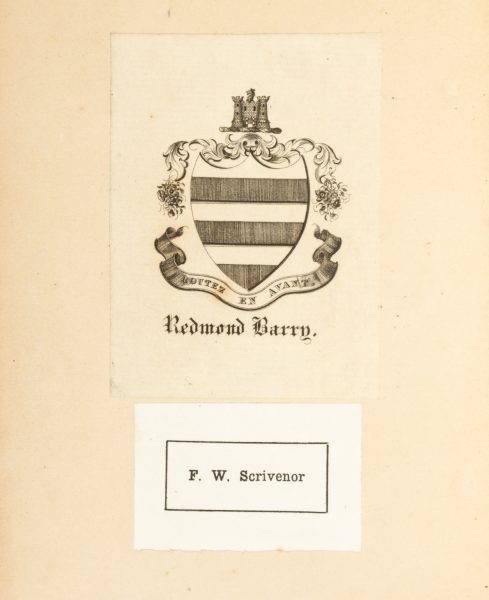 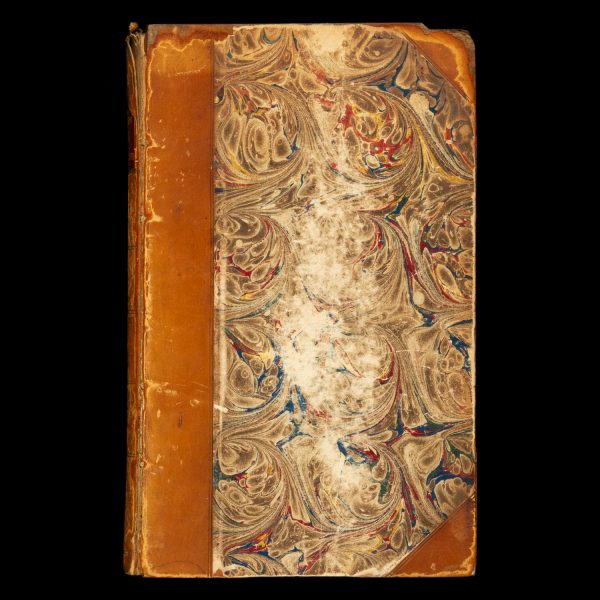 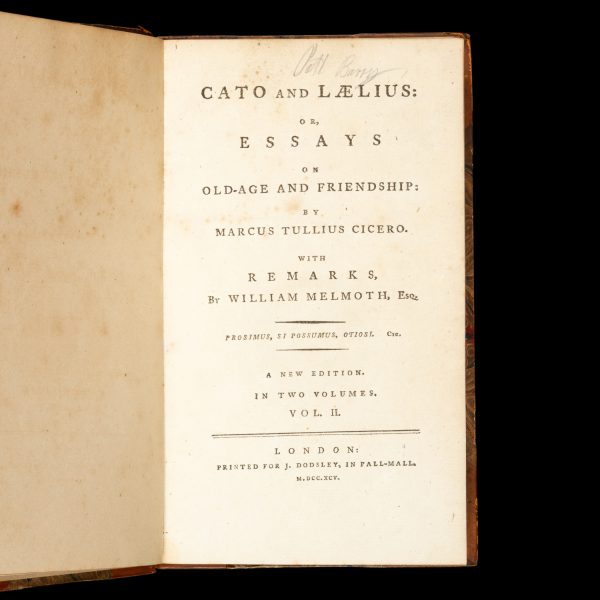 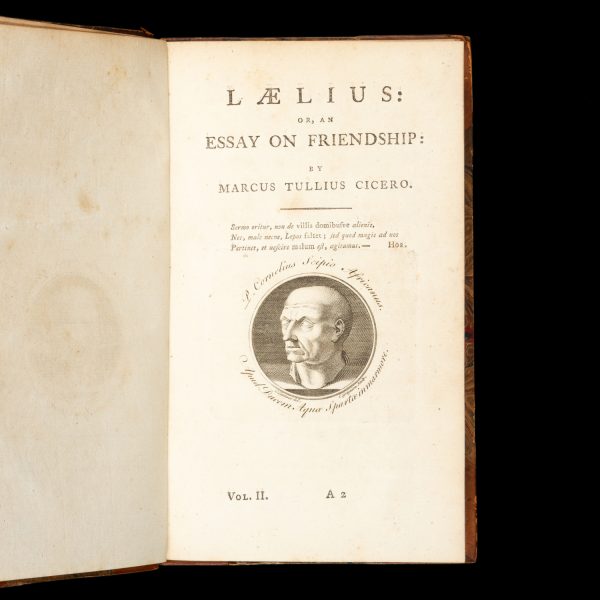 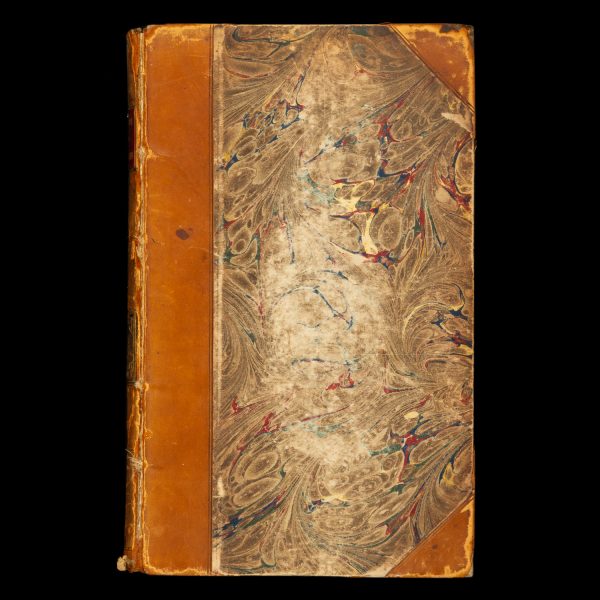 Cato and Laelius: or, Essays on Old-Age and Friendship: by Marcus Tullius Cicero. With Remarks by William Melmoth, Esq. A new edition. (Redmond Barry’s copy)

Supreme Court Justice Sir Redmond Barry (1813-1880) – best known as the man who sentenced to death Ned Kelly – was instrumental in the founding of the University of Melbourne (1853), and served as its Chancellor until his death. He is also recognised as the father of the Melbourne Public Library (now the State Library of Victoria), founded in 1856. He was to remain President of the Trustees until his death.