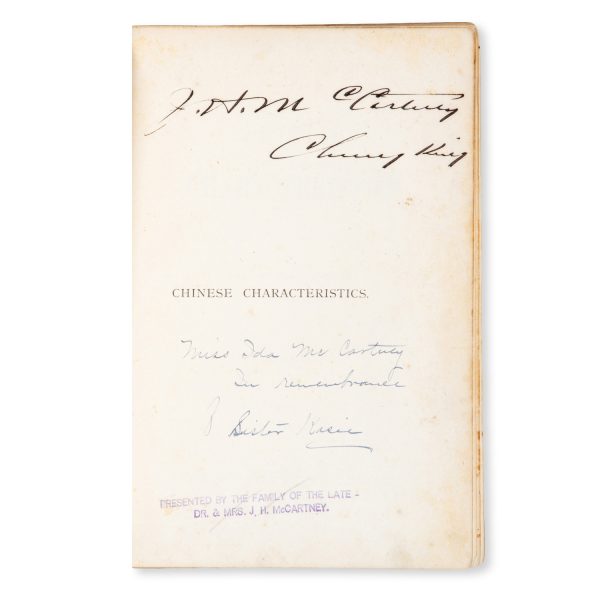 Rare first edition, published in Shanghai, of a book which until the 1920s remained the work on China most widely read by foreign residents.

Arthur Henderson Smith was a member of the American Board of Commissioners for Foreign Missions who spent 54 years as a missionary in China. He was the author of three books which attempted to explain China to Western readers: Chinese characteristics (later published in the U.S. in 1894), Village life in China (1899) and The uplift of China (1907).