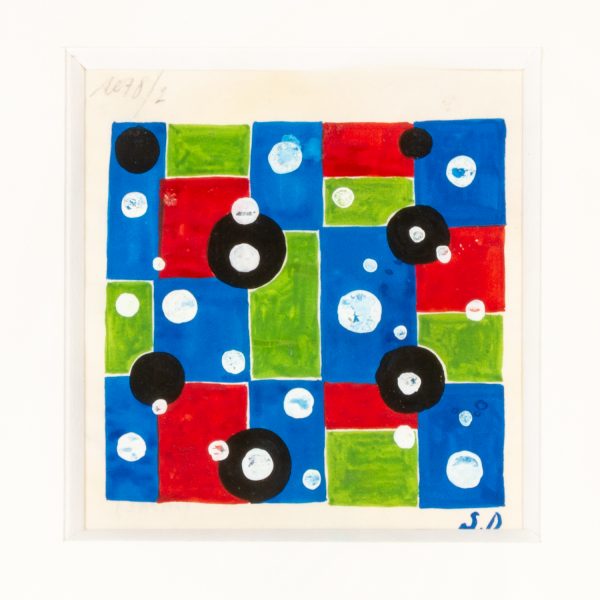 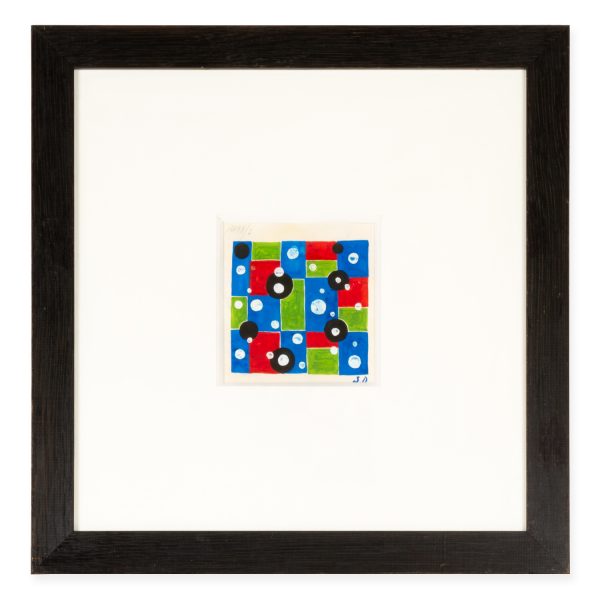 The career of Russian-born colourist Sonia Delaunay spanned seven decades, from the Belle Epoque to the 1970s. After studying in Germany, in 1905 she settled in Paris, where she would remain for most of her life. From around 1911, along with her husband, Robert Delaunay, she pioneered a particular branch of Cubism known as Simultanism (or Orphism, as it was termed by Apollinaire), which was based on the colour theory developed in the nineteenth century by Michel Eugène Chevreul (De la loi du contraste simultanée des couleurs, Paris, 1839). In this abstract style, form is subjugated to colour: the vital rhythm of a work is created by the interaction of overlapping and juxtaposed contrasting colours.

As a multi-disciplinary artist, Delaunay constantly refined her Simultanist approach, producing work up until the late 1970s in a diversity of media and across the applied arts – notably in designs for theatre and ballet, fashion, textiles and architecture – and collaborating with writers such as Blaise Cendrars and Tristan Tzara. A major figure in the European avant-garde, her distinctive abstractionist aesthetic has influenced artists from Paul Klee through to contemporary fashion designers. Sonia Delaunay was the first living female artist to be honoured with a retrospective at the Louvre (1964); more recently, a major retrospective of her work was held at the Musée d’Art Moderne de la Ville de Paris (17 October 2014 to 22 February 2015) and the Tate Modern in London (15 April to 9 August 2015).

Provenance: The estate of art critic and publisher Jacques Damase, Paris, a close friend of the artist who promoted her work in the last 16 years of her life; Private collection, Paris