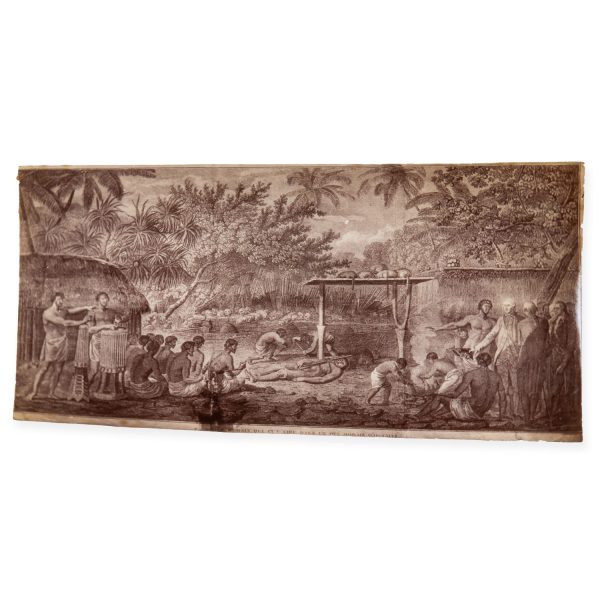 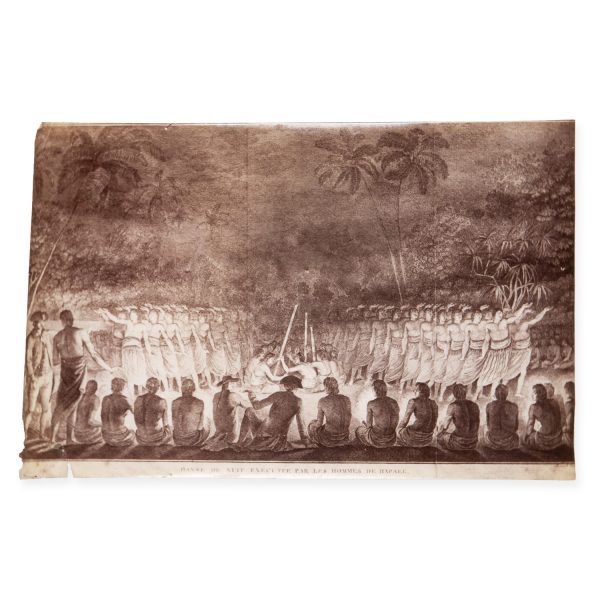 The significance of this group of photographs of plates engraved by Robert Bernard taken from early French editions of Cook’s voyages lies not in the images themselves, for they are well known: the drawings were made by William Hodges and John Webber, artists on Cook’s second and third voyages, respectively, in 1773 and 1777. Their interest is more one of association, since – like the original drawings – they were also produced in Tahiti, scarcely one hundred years after Cook’s three visits to the Society Islands. The photographs were taken by Papeete photographer Mrs. Sophia Hoare, who sold examples of these images in loose albumen print format as souvenirs to European tourists throughout the 1880s. The images portray aspects of traditional Tahitian society which were dying out by this time, and they clearly held appeal for European travellers who were fascinated by the exotic, as well as by the story of the celebrated navigator, Cook.