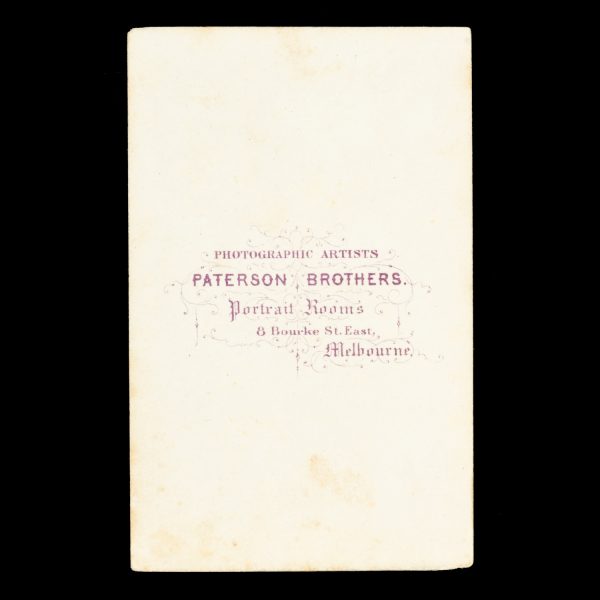 [CRICKET] Outdoor photograph of a group of Melbourne schoolboys and their female tutors, Melbourne, circa 1870.

The Paterson Brothers studio was located at 8 Bourke Street East from 1862-1873. Based on the fashion and hairstyles of the three women pictured, this group portrait was probably taken around 1870. It is likely that the photograph was commissioned by one of the wealthier Melbourne independent secular schools for boys. The twenty smartly-dressed boys are aged between around 11 and 14. The two standing at far left and far right are posing with cricket bats, and three stumps and a cricket ball are carefully arranged in front of the younger boys seated cross-legged in the front row. A rather strict-looking governess or tutor, probably in her 30s, stands at far left, and two younger female assistants – one probably only 18 or so – stand behind the boys at the centre of the portrait.