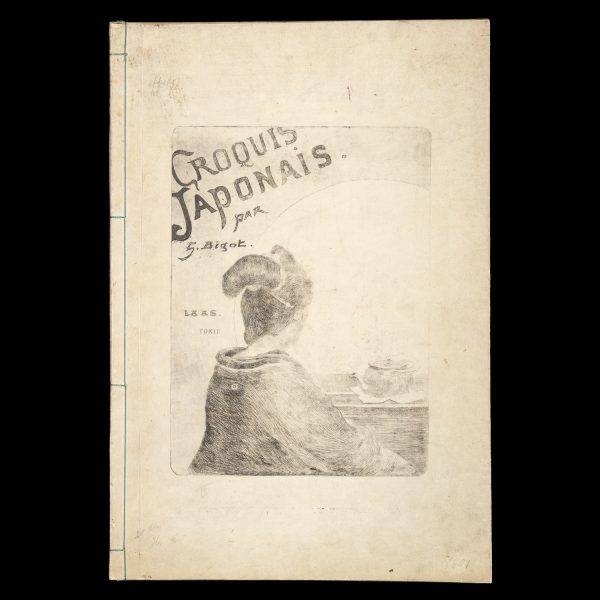 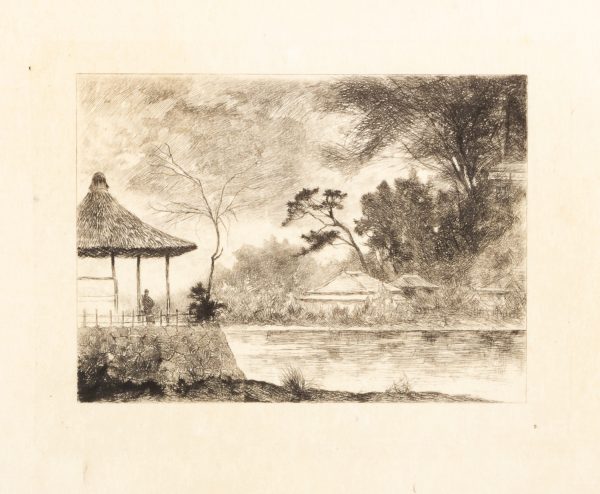 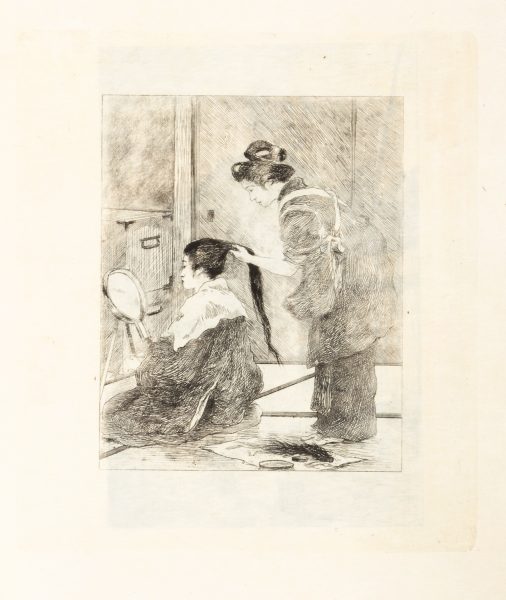 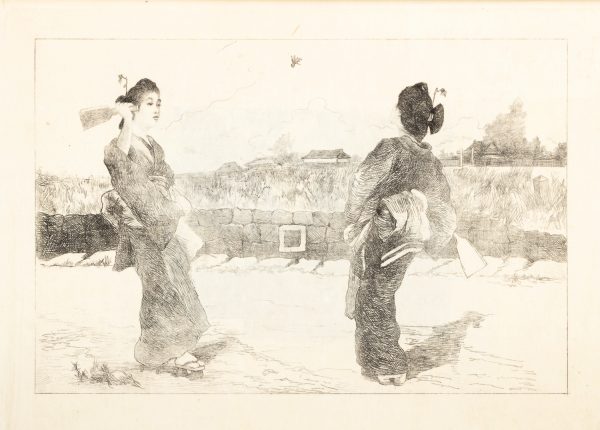 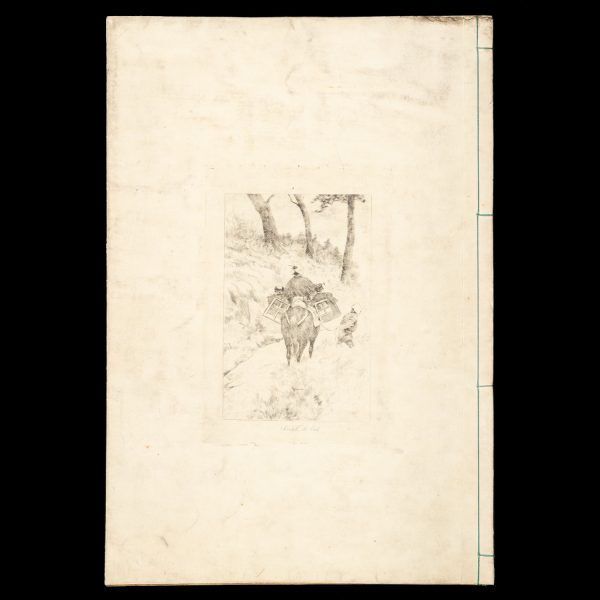 [Tokyo : The artist, 1886]. Large folio (460 x 315 mm), original limp vellum covers with Japanese hand-stitched binding (a little dusty and with light handling wear), with etched title and illustration to front cover and etching to rear; [32] leaves, with 29 original etchings illustrating Japanese types and their costume (although note the final print is small format landscape), printed recto only on Japanese paper, most with Bigot’s engraved signature and many also with title in the image; the first etching has the title ‘ALBUM’; light foxing to the front and rear endpapers, but all of the etchings and their leaves are in fine condition (some a little pale).

French artist Georges Bigot (1860-1927) lived in Japan from 1882-1899. He moved there soon after the beginning of the Meiji era, when Japan was opening up to the West for the first time, and the phenomenon of Japonisme was at its height in France. Initially he earned a living as a drawing instructor at the National Military Academy. As a sketch artist he became a prolific contributor to Japanese periodicals, establishing a reputation as a satirical cartoonist. He was eventually to publish more than 30 books that featured his exquisite illustrations, done in a variety of mediums.