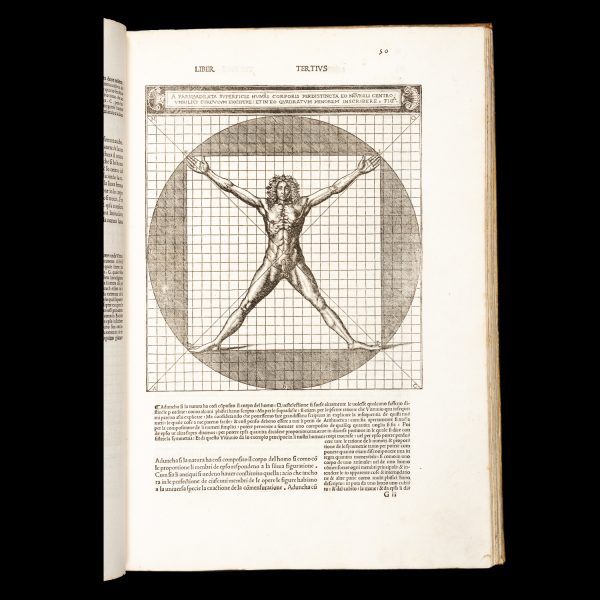 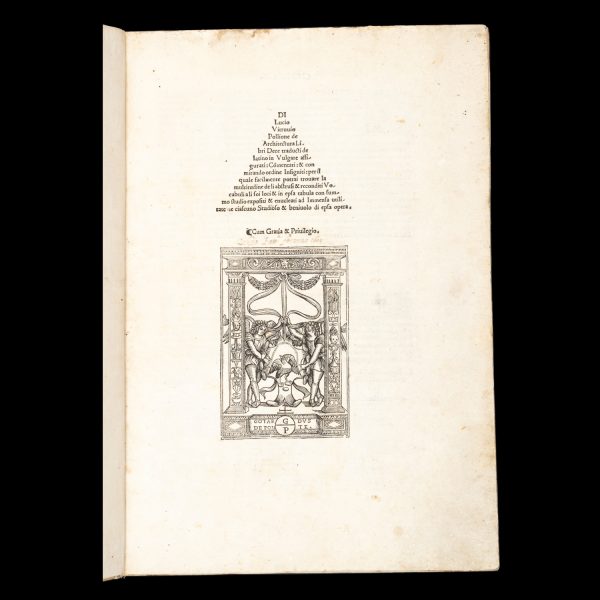 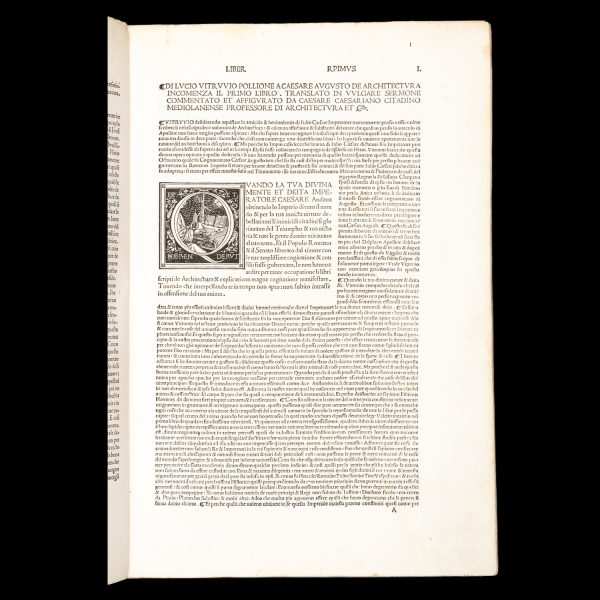 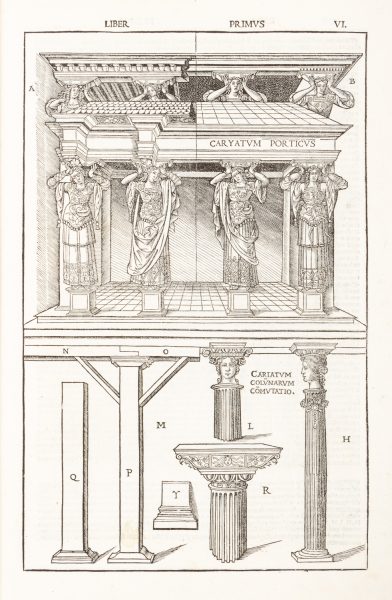 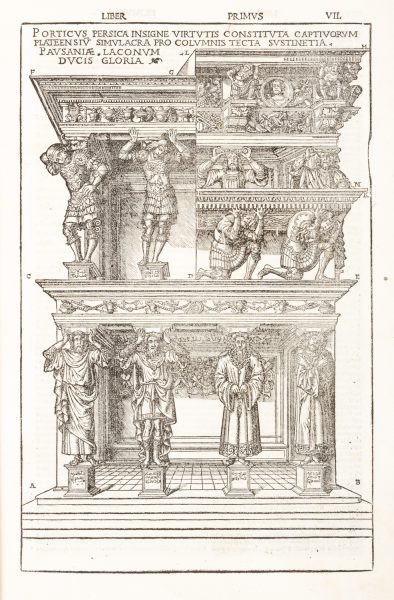 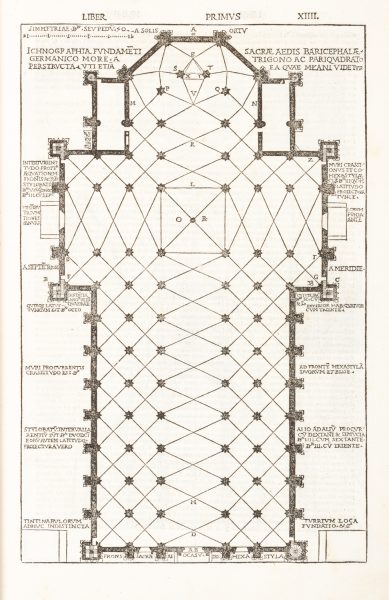 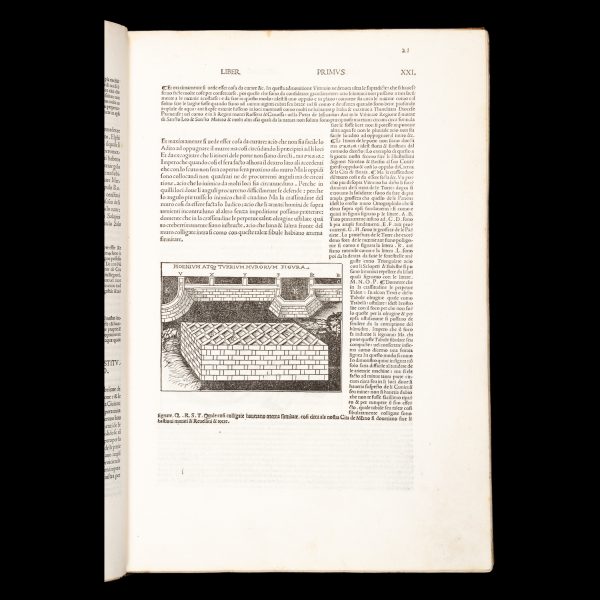 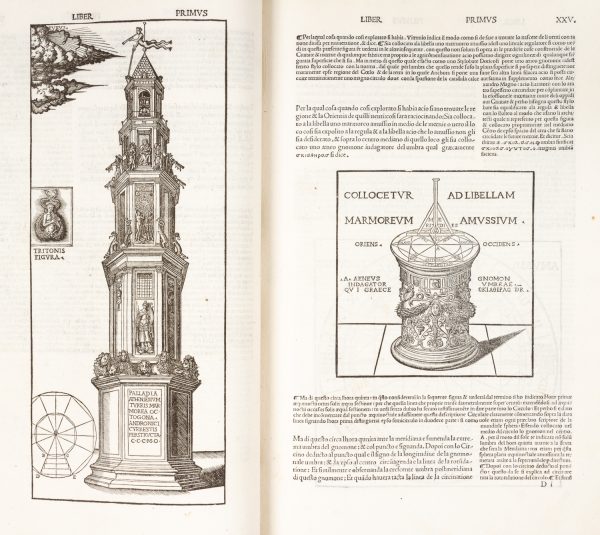 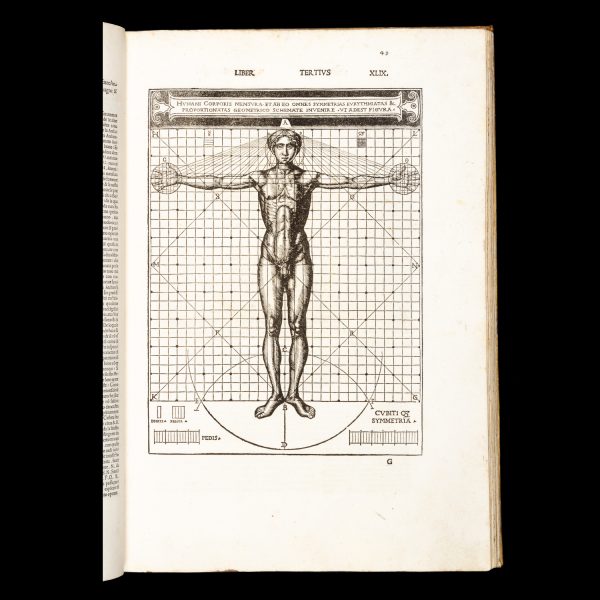 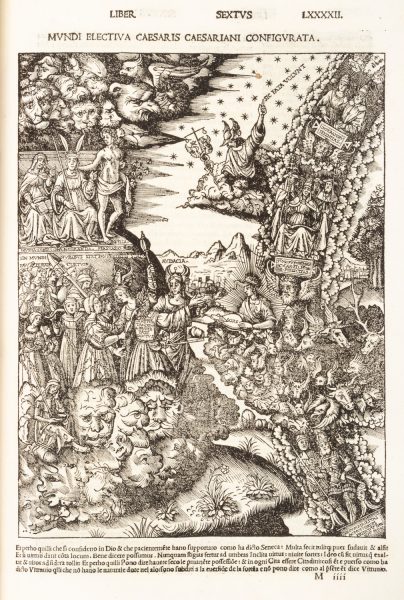 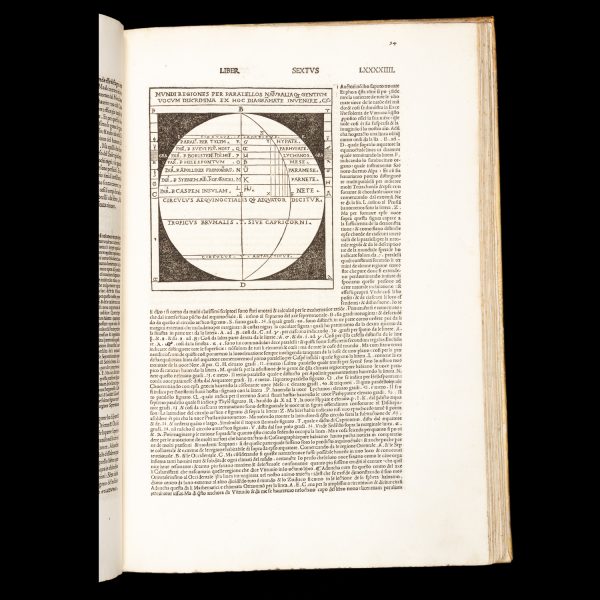 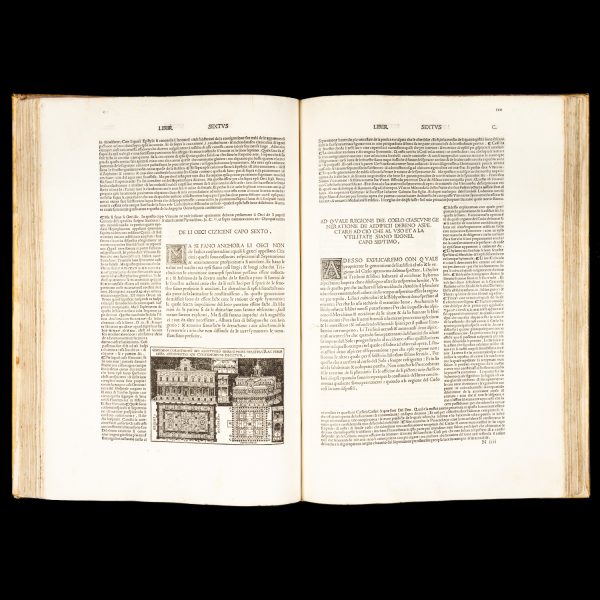 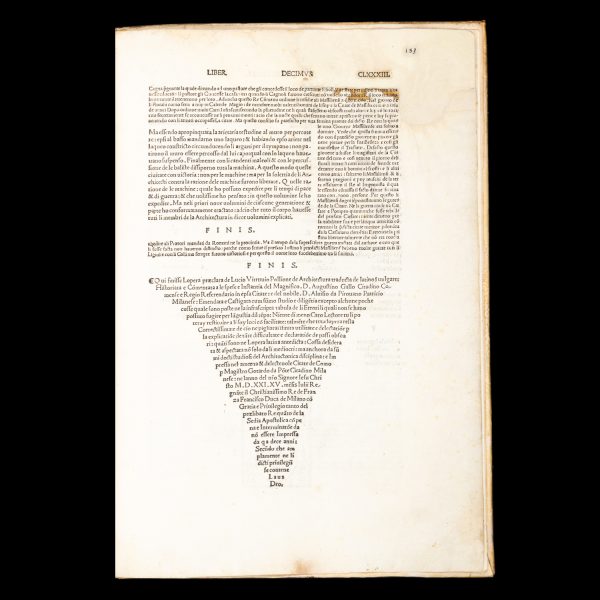 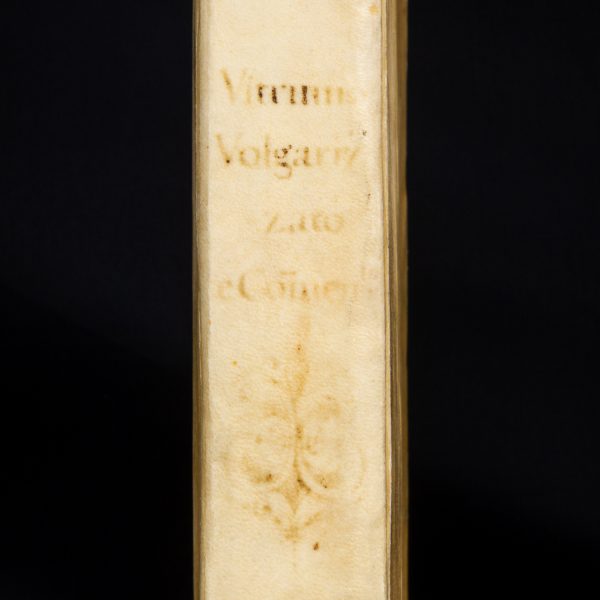 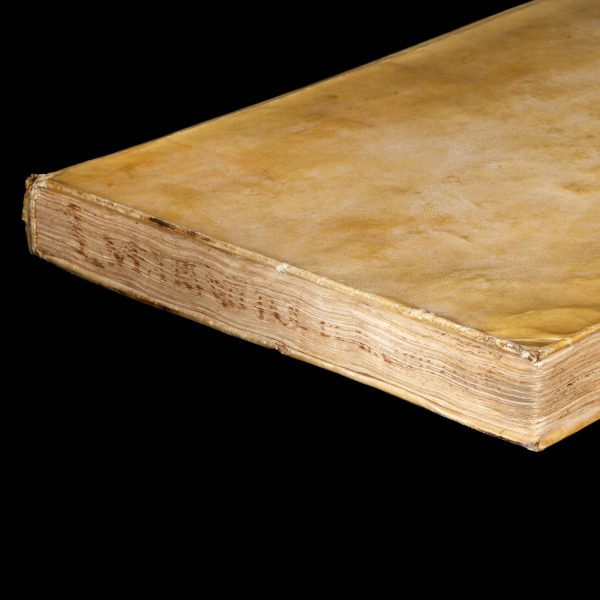 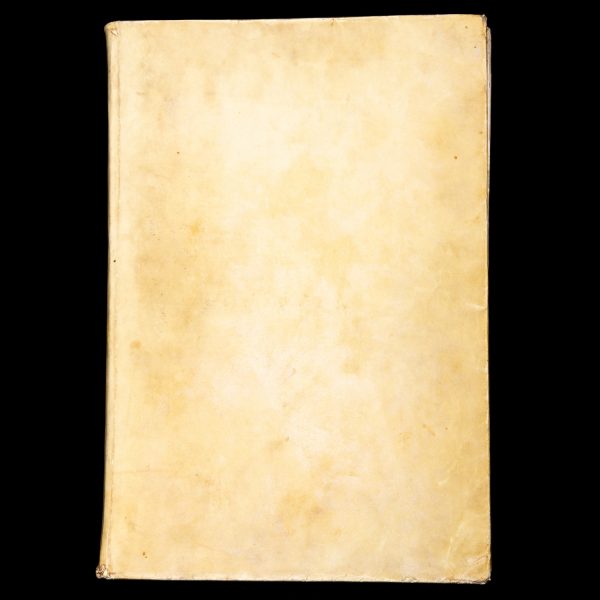 The so-called Como Virtuvius, printed in an edition of only 1300 copies, is the first edition of his De Architectura translated into a living language (Italian). The translation was made by Cesare di Lorenzo Cesariano (1475–1543). A painter, architect and architectural theorist, Cesariano was an important figure in the field of architecture in Milan in the early sixteenth century. In 1535 he was appointed director of construction in the Duomo, having earlier worked as one of the collaborators in its decoration.

Although we only have approximate dates for his birth and death (born circa 80 B.C.; died after 15 B.C.), we do know that the life and career of the Roman architect and civil engineer Vitruvius spanned the last years of the Republic and the first phase of the Imperial period under the Emperor Augustus, Vitruvius’ patron to whom the De architectura was dedicated. This comprehensive treatise, covering all aspects of architecture, construction and technology, was probably written around 15 B.C. and is the only contemporary source for classical architecture that we have. The work was lost until rediscovered in a Swiss monastery in 1414; it was first printed (in Latin) in 1486. The work was originally accompanied by illustrations, but these have not survived. Divided into ten sections, or “books”, the work discusses urban planning; building materials; temples; civic buildings; domestic buildings; pavements; the construction of machines; technology such as the hypocaust (underfloor heating) and aqueduct, and the influences of the various sciences on architecture.

Trove locates no copy of this important edition of Vitruvius in Australian libraries (SLV has the first and last leaves of the book only); a copy is held in the National Gallery of Australia.