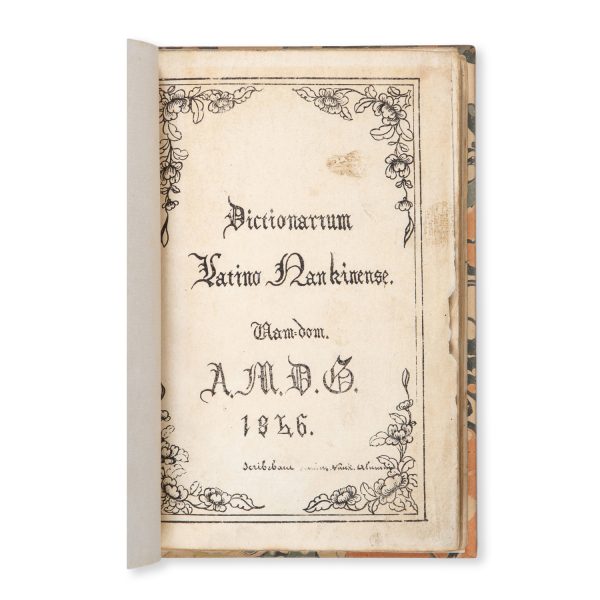 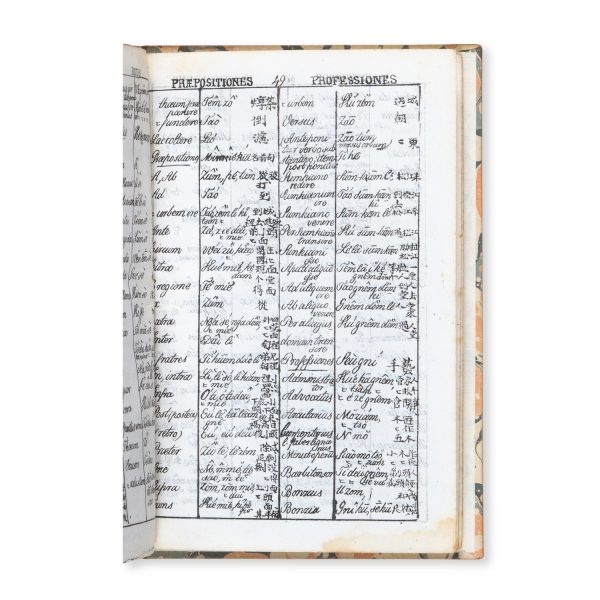 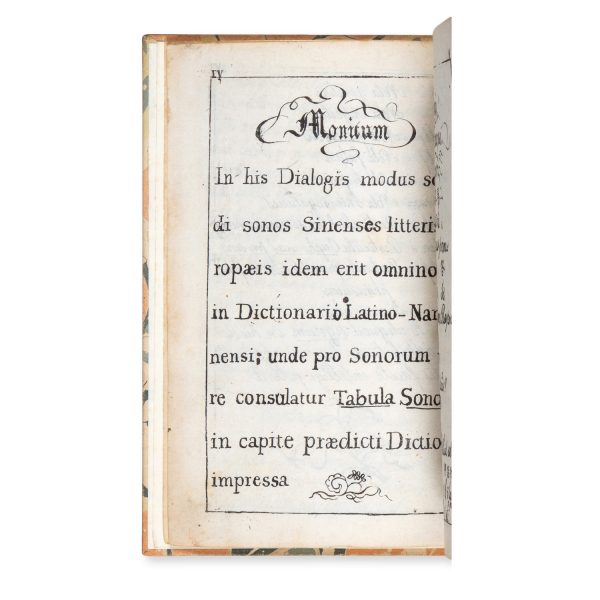 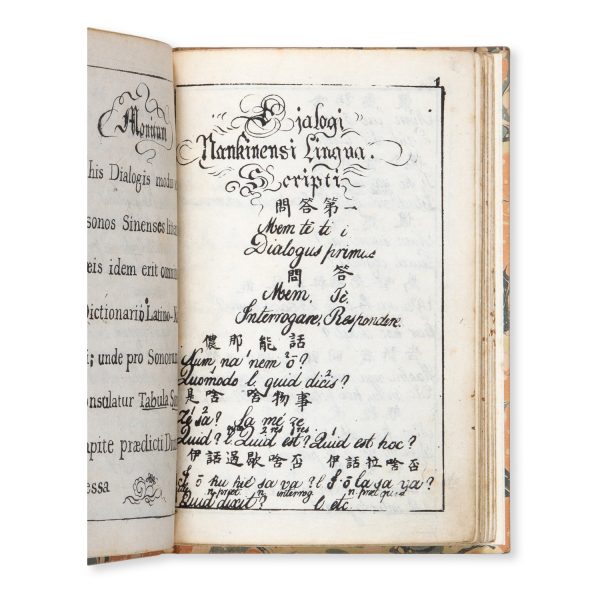 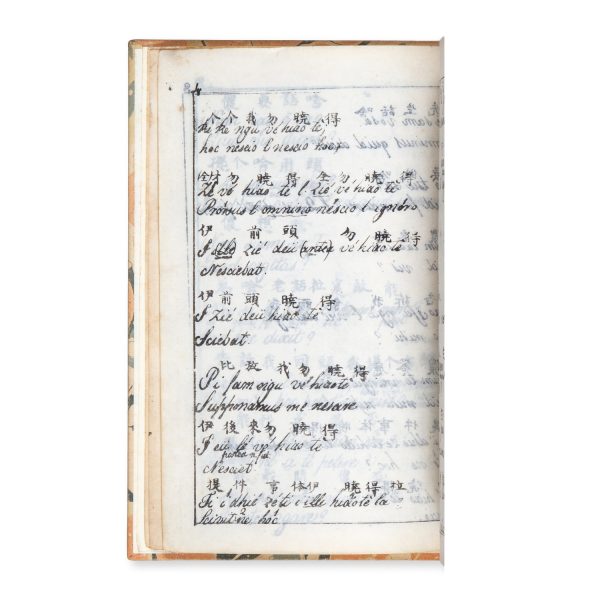 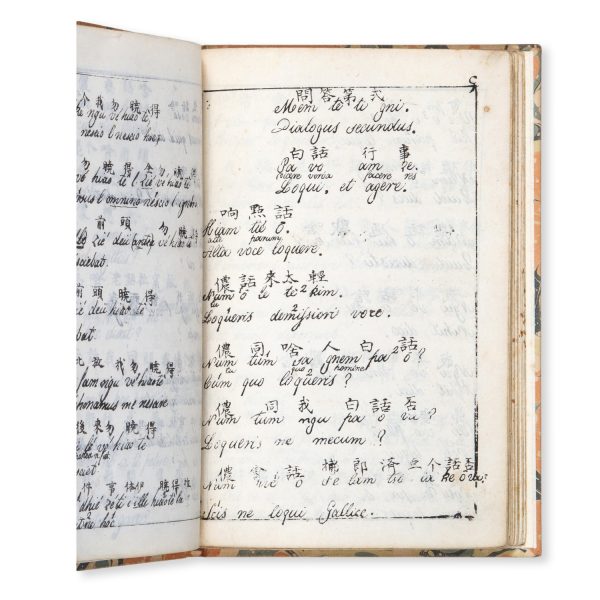 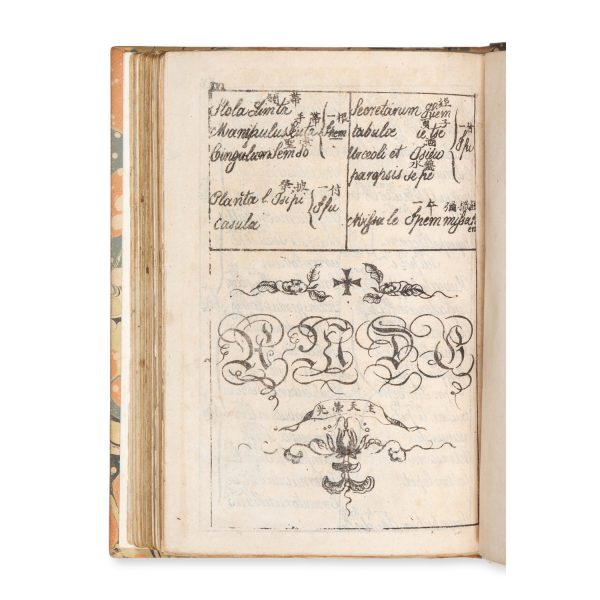 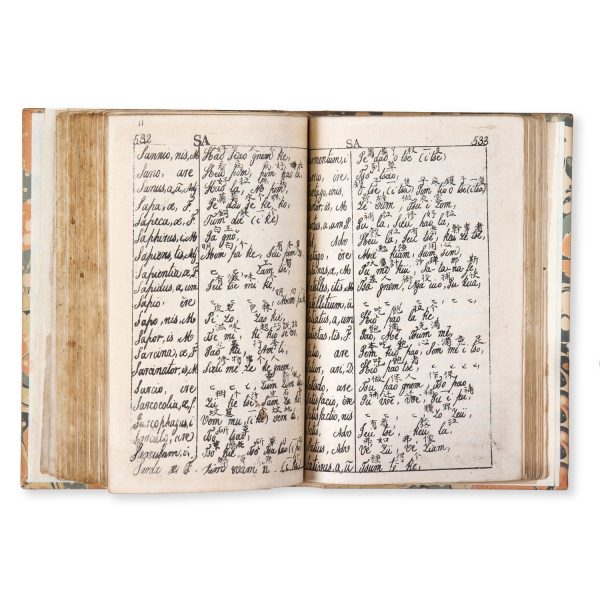 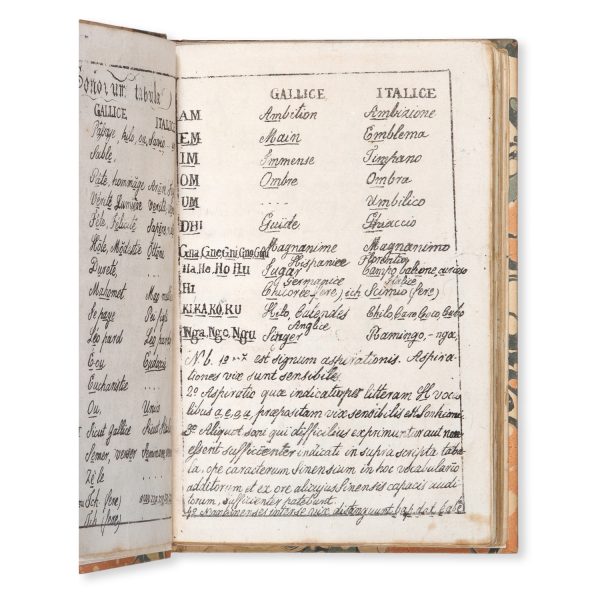 An extremely rare Nanjing Mandarin-Latin dictionary, accompanied by its two scarcely-recorded supplementary works (a chrestomathy and a glossary in the same languages). All three works were compiled and printed by the Jesuit missionary Benjamin Brueyre and his Chinese assistants in the small seminary at Wamdam, near Shanghai.

‘It was not until 1841 that the first missionaries of the new SJ arrived in China, namely the Savoyard Claude Gotteland (1803-1856) and the two Frenchmen  Benjamin Brueyre (or Bruyère) (1810-1880) and François Estève (1807-1848), to assist in and eventually take over the evangelization of the padroado Diocese of Nanking. When the Dioceses of Nanking and Peking were suppressed in 1856, Jesuits (mainly French) were assigned to the newly established Vicariates Apostolic of Kiang-nan and South-East Zhili.’ (Tiedemann, R.G. Reference Guide to Christian Missionary Societies in China from the sixteenth to the twentieth centuries, Armonk, NY : M.E. Sharpe, 2009, p. 41)

The second work is a language primer containing dialogues in the Nanjing Mandarin dialect with parallel translations in Latin. It comprises 25 dialogues in Chinese characters, Romanized transliteration and Latin translation.

The third work, a Latin-Nanjing Mandarin glossary, is arranged thematically under Latin headings such as Domus, Familia, Corpus, Professiones, Gubernium, Ecclesia, Cultus Religiosus, etc., with the translations given in both Romanized transliteration and Chinese characters.

Cordier, Sinica, 1600 (the first two works only, bound in one volume; Cordier makes no mention of the frontispiece or table of phonetic equivalents in his collation of the first work); the third work does not appear in any of the major bibliographies.

No copies of either of the first two works located in OCLC or COPAC; the only institutional copy we can locate of the third work is held in the Bibliothèque municipale de Lyon (the catalogue description interpreting the title page date ‘1857’ in error, and recording a folding plate – although there is no evidence to suggest a plate was ever bound into the present copy).