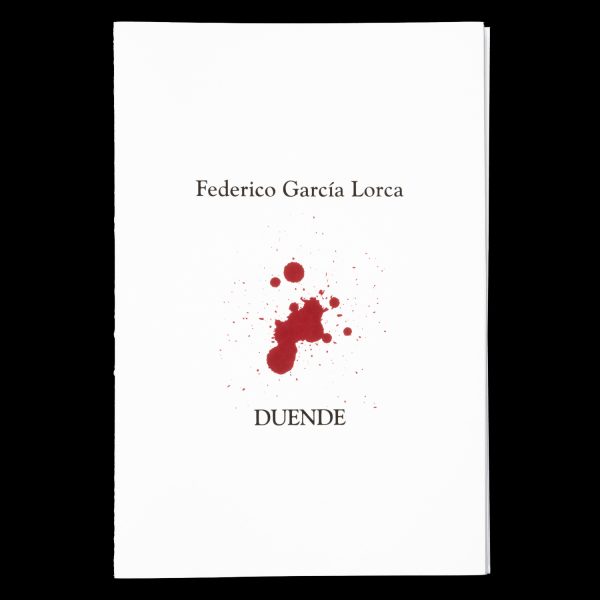 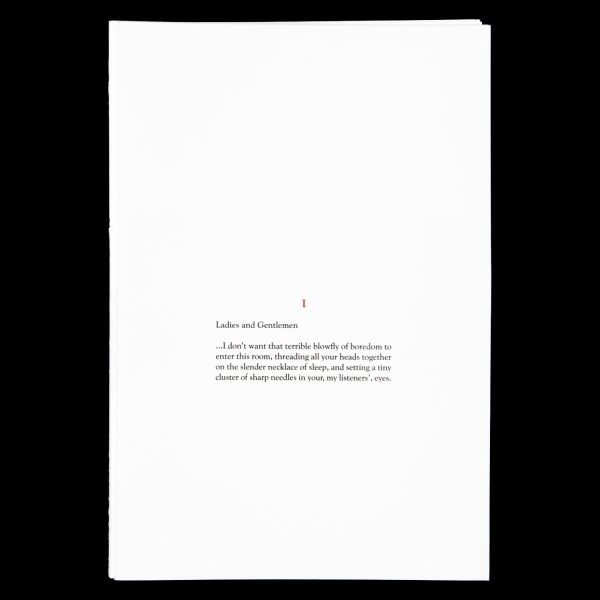 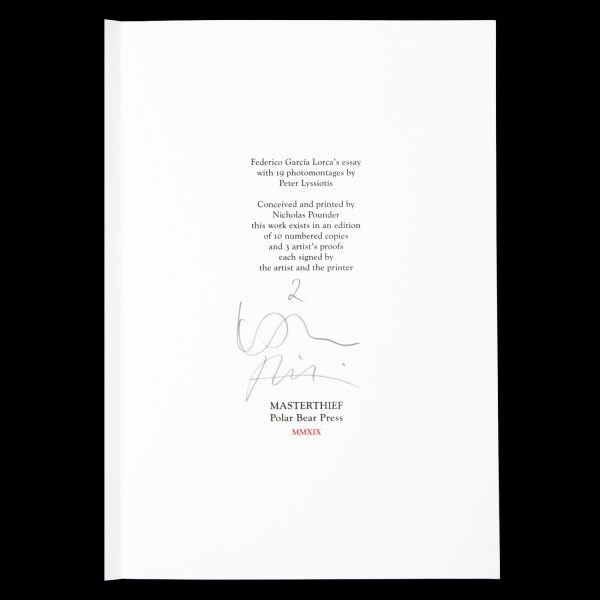 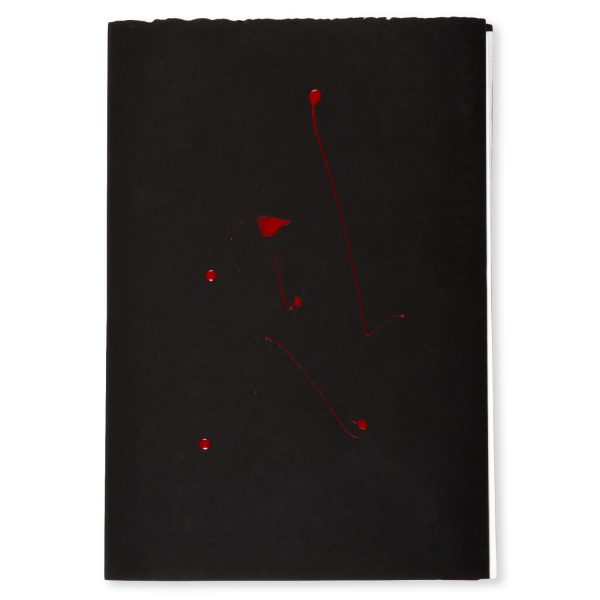 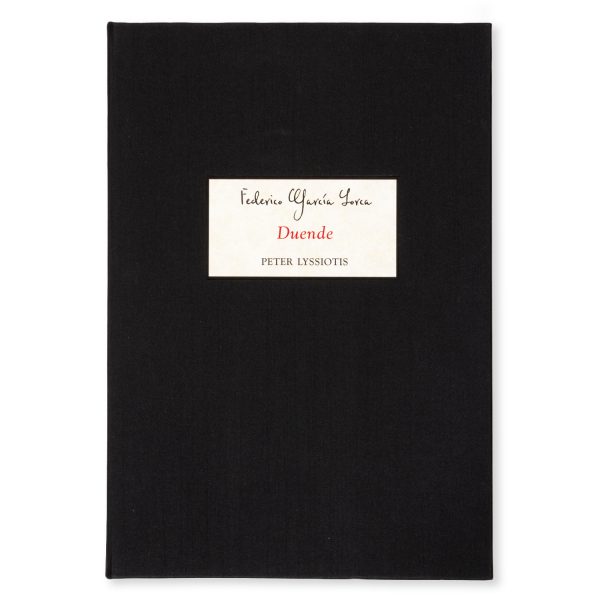 Melbourne : Masterthief and Sydney : Polar Bear Press, 2019. Folio, black card wrappers with red paint drippings resembling spilt blood, nineteen photo-montages by Peter Lyssiotis in response to the text by Lorca “Juego y teoría del Duende” (Buenos Aires, 20 October 1933). Folded in sections and presented in a folding cloth box with title label. ‘Conceived and printed by Nicholas Pounder, this work exists in an edition of 10 numbered copies and 3 artist’s proofs, each signed by the artist and the printer’ – the colophon.

Juego y teoría del Duende (The play and theory of the duende) is one of Lorca’s most celebrated lectures. The duende in Spanish mythology is a demon or hob-goblin, a mischief-maker who is unknowable and unpredictable. In his lecture, Lorca uses the term duende to describe the emotional spirit within an artist, poet or musician, the artistic force borne out of ones own inner demons which cannot be controlled. The duende rises up our of one’s personal history, one’s love and loss, the struggles of our own existence, to release an expression which is generally termed as art, but which in fact is the released voice of the duende.

In this beautiful and graphic artist’s book, conceived by Nicholas Pounder, Lyssiotis illustrates Lorca’s concept with imagery which is mystical, visionary and raw.

A powerful work which reflects the intensely personal and conflicted nature of aesthetic creativity.