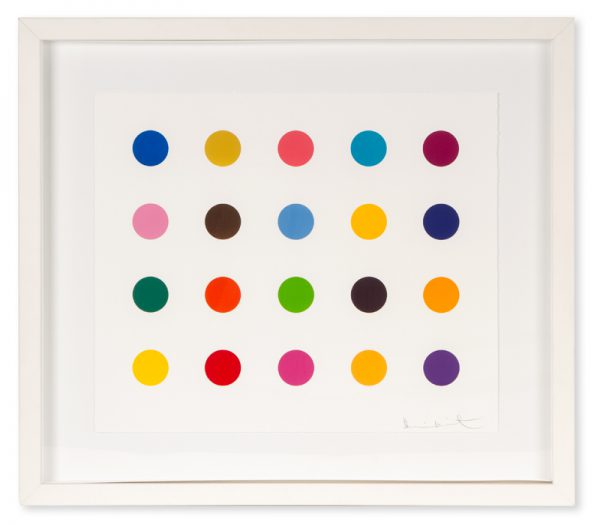 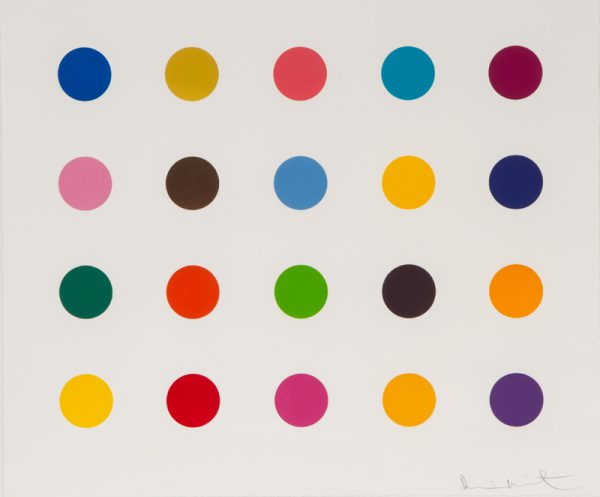 Active in London’s contemporary art scene since the 1980s, Damien Hirst shot to national prominence as part of the Young British Artists movement in the early 90s and international prominence at the Venice Biennale in 1993. Hirst won Britain’s most presitgious art award, the Turner Prize, in 1995.

Since the artist began experimenting with the series in 1986, his ‘spots’ have developed a powerful brand quality within the art world. Like Warhol, Hirst is comfortable (indeed more than comfortable) with the commercialisation of art, and has created, often through the use of assistants, thousands of the ‘spot’ paintings and graphics. Through the pharmaceutical titles to his works, Hirst refers to a scientific approach to creating art, the seamless, repetitive pattern that is never actually being replicated more than once.

“Mathematically, with the spot paintings, I probably discovered the most fundamentally important thing in any kind of art. Which is the harmony of where colour can exist on its own, interacting with other colours in a perfect format.” (Damien Hirst and Gordon Burn. On the Way to Work, Faber and Faber, 2001, p.120).