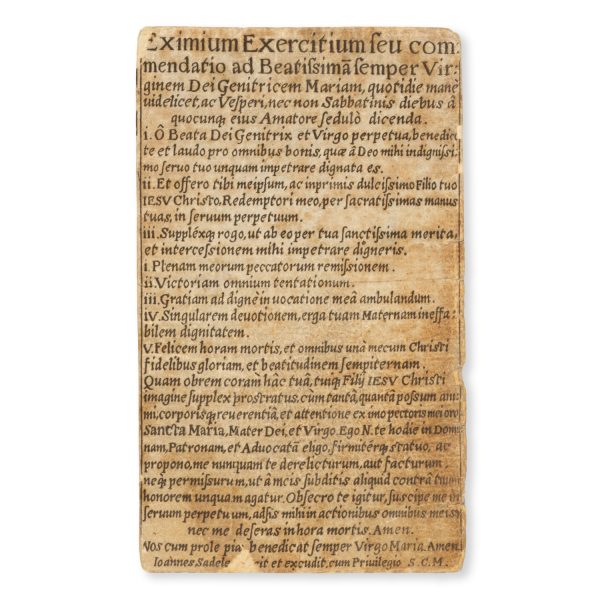 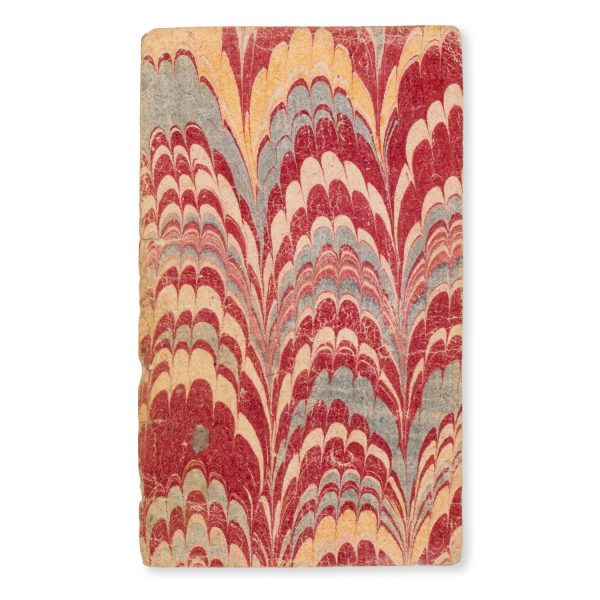 The printer and engraver Jan (Johannes) Sadeler I (Brussels 1550 – 1600/1601 Venice) was a member of the famous Sadeler dynasty of Flemish engravers who were dominant in Northern European printmaking in the later sixteenth and seventeenth centuries. He was active in a number of centres across the Holy Roman Empire, including Antwerp, Cologne, Venice, Verona, Rome and Munich, where he was a court engraver between 1588-1595. In 1581 he received the imperial privilege; this was renewed in 1593. As part of the imprint at the foot of the text this is mentioned after the printer’s name in the standard phrase ‘cum Privilegio S[ac]. C[ae]. M[aes].’.

This rare ephemeral printing was produced by Sadeler at the height of the Counter-Reformation, possibly around 1590 in Munich (where it was acquired by the previous owner). It is a form of portable amulet intended to be carried by pious travellers, with prayers in Latin dedicated to Our Lady.