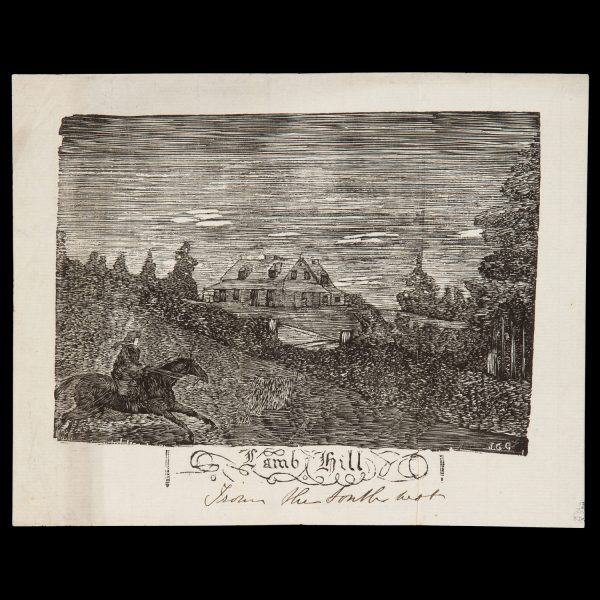 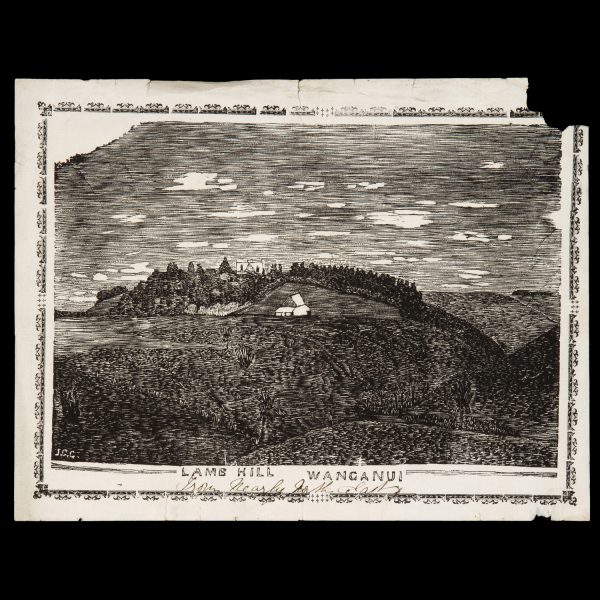 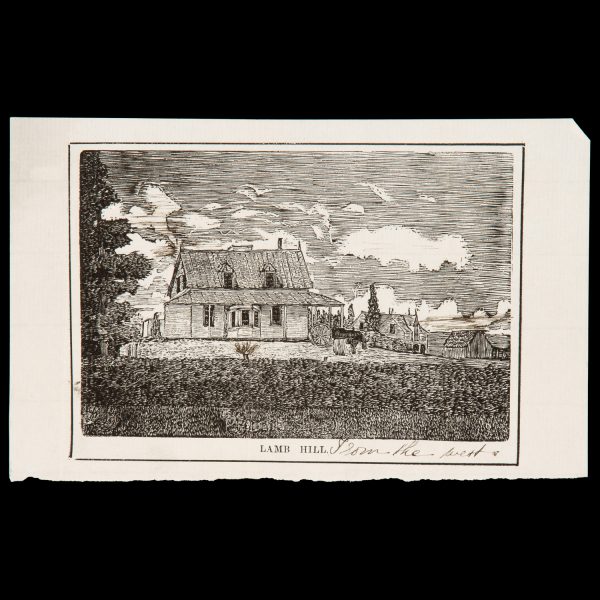 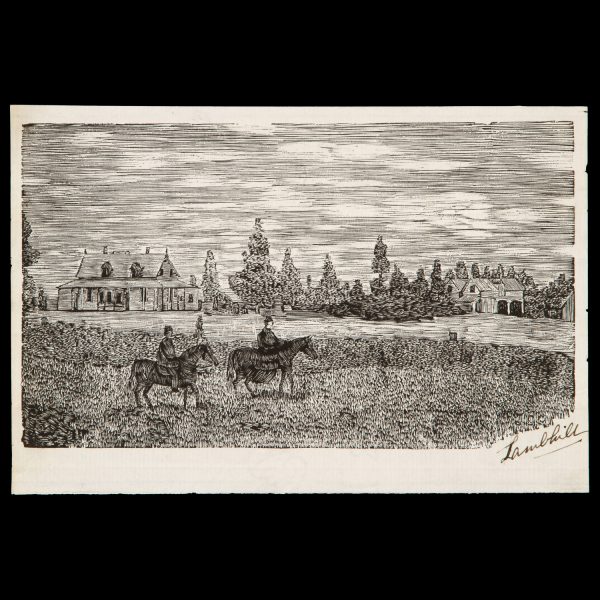 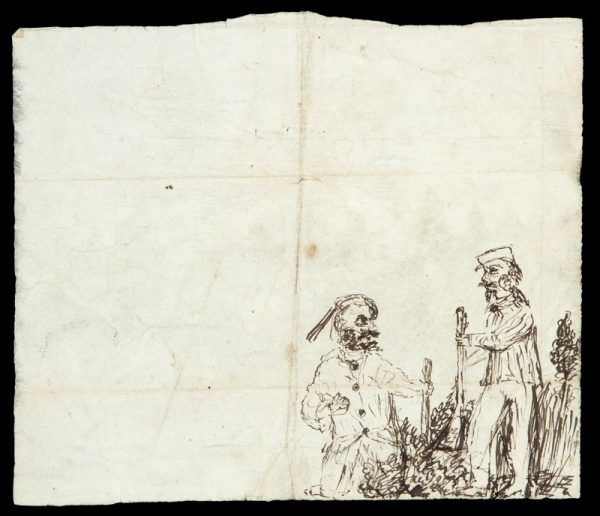 The artist, J.G. (John Gordon) Gilfillan, was a son of J.A. (John Alexander) Gilfillan (1793-1864), one of the most important early settlers in the Whanganui district. J.A. Gilfillan, John Gordon’s father, was a talented artist who had taught painting at the Andersonian Institute, Glasgow, before emigrating to New Zealand with his wife and young family. The Gilfillans arrived in Wellington on Christmas Day 1841, when John Gordon was only two years of age. By the end of the following year J.A. Gilfillan had settled with his family in Whanganui, where he had been allotted 110 acres of arable land by the New Zealand Company in the Matarawa Valley, a short distance from the Whanganui township. He had also been granted a small town section in Guyton Street, on which he built a small thatched house. This was an interim dwelling which the family used while waiting for their farming land to be developed, and it was during this period that J.A. Gilfillan painted numerous scenes in and around Whanganui, as well as several portraits of local Māori chiefs. Many of his sketches and finished paintings from the first phase of European settlement in Whanganui have survived, and provide an important visual record of this time.

J.A. Gilfillan had completed the construction of the family’s house on their rural property in the Matarawa Valley by the end of 1845, and it is around this date that he painted the watercolour portrait of his six year old son John Gordon, now held in the Fletcher Trust Collection. In April 1847 the Gilfillan homestead was attacked by a Māori raiding party seeking to avenge one of their young men who had suffered a gunshot wound at the hands of a settler. The homestead was burnt to the ground. J.A. Gilfillan survived the attack, despite being severely wounded in the neck, but his wife and three of his children were massacred. Following this tragic incident, J.A. Gilfillan took his three surviving children – including John Gordon – to Australia, where he worked as an artist in Melbourne until his death in February 1864. John Gordon then returned to New Zealand, where he still had family ties in the Whanganui district due to his older sister Georgianna’s marriage to Dr. James Allison (1817-67) of Lamb Hill (Lambhill). Allison, another important early Whanganui settler, had arrived in 1840. He had named Lamb Hill after his family’s property in Scotland. In 1844 Allison married Georgianna Gilfillan (who had just turned 15), the daughter of J.A. Gilfillan. ‘After a period spent living at Wairau, James and Georgianna moved back to Lamb Hill in 1855 where they built the first of the two Lamb Hill homesteads around 1865. This house was of kahikatea, with severe borer damage requiring its replacement in 1880. The replacement was the same in every respect, and on the same spot. The site, a hill with extensive views, was chosen for fear of Maori attack. The lookout platform on the roof was built for the same reason.’ (Whanganui Government Built Heritage Inventory)

The suite of wood engravings of Lamb Hill by John Gordon Gilfillan which we offer here was probably completed in 1865 following his return to Whanganui from Australia. The engravings show the newly built Lamb Hill homestead belonging to his brother-in-law and sister from four different angles. These images are completely unrecorded. While not the work of a professional artist like his father, John Gordon’s engravings have a charmingly naive quality.

A copy of John Gordon Gilfillan’s journal, containing his account of a journey from Whanganui via Taupo and Tauranga to Rotorua district between February and May 1875, is held in the National Library of New Zealand (the original is held in a private collection). Gilfillan did not return to Whanganui – he drowned in Lake Rotorua in May 1875, before completing his journey. The NLNZ also holds five watercolours which it has tentatively attributed to John Gordon Gilfillan, on the basis that they are in a “more primitive” hand than that of his father (see, for example Maori camp with men cooking).