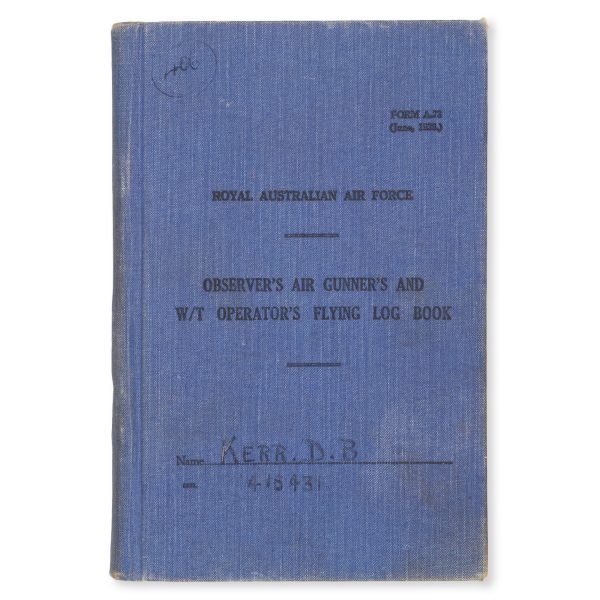 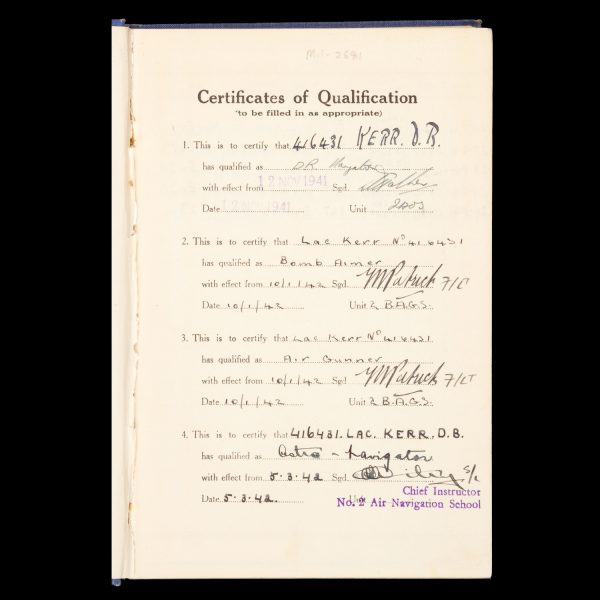 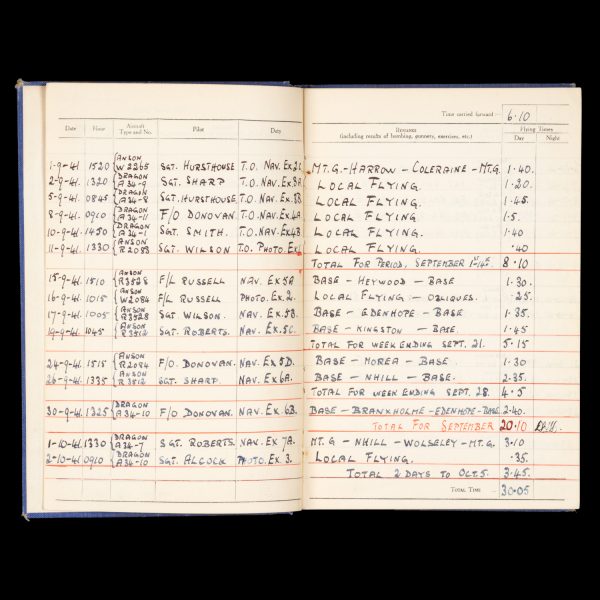 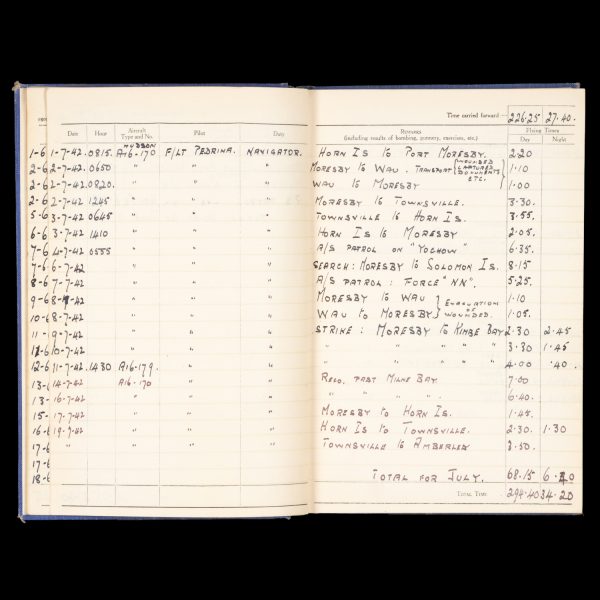 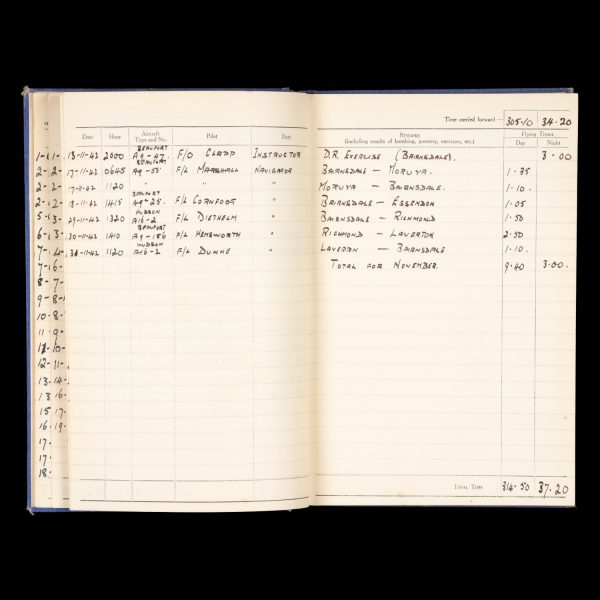 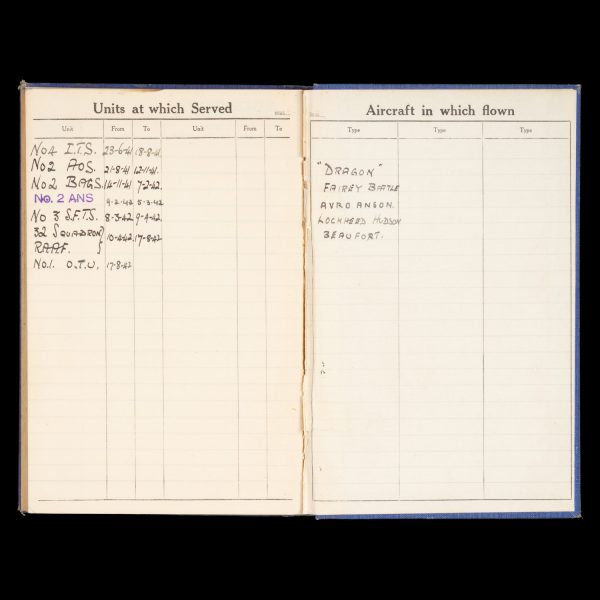 [Title from cover]. Octavo (205 x 140 mm), original printed blue cloth over boards, upper board with the owner’s name and service number in manuscript ‘KERR, D. B. 416431’; first page titled ‘Certificates of Qualification’, with manuscript entries recording Kerr’s qualifications as a Dead Reckoning Navigator (12 November 1941), Bomb Aimer (10 January 1942), Air Gunner (10 January 1942), and Astro-Navigator (5 March 1942); the following [30] pages of the log book contain Kerr’s own manuscript entries in black and red ink, recording every training flight and mission flown by him between 26 August 1941 and 30 November 1942; for each flight is recorded the date, hour of take-off and landing, aircraft type, name of pilot, Kerr’s particular duty (e.g. navigator or assistant navigator), route, flying time, and purpose of mission, with his total number of flying hours carried forward from the previous page; the last two pages record the Units in which Kerr has served and the types of aircraft in which he has flown. In June and July 1942, Kerr was a navigator on numerous reconnaissance missions from Townsville, Cooktown, Horn Island (near Thursday Island), Port Moresby, and Wau; he also took part in a raid against the Japanese on Simberi Island and an evacuation of Australian wounded from Wau to Moresby; in September and October 1942 he was based in Victoria as a navigational instructor, and also flew on test flights over southeastern Australia; the last flight recorded in his log was from Laverton to Bairnsdale on 30 November 1942. In early December Kerr would be re-posted to New Guinea, where he would die in air operations at Buna, New Guinea, on December 15 1942.

A poignant relic from the tragically short life of brilliant young Adelaide poet, D. B. Kerr.

‘D.B. Kerr was born on June 27, 1919 at North Adelaide. He was educated at St Peter’s College, Adelaide, and attended the University of Adelaide from 1937 to 1940 where he studied English Language and Literature and was awarded the John Howard Clark Scholarship.

A resident of St Mark’s College, Kerr was active in student life including debating and rugby, representing the University in both. He was President of the Arts Association and edited the University magazine Phoenix, and, following its demise, founded the literary journal Angry Penguins, which later moved to Melbourne under the editorship of Max Harris.

Kerr enlisted in the R.A.A.F. before completing his University studies, and was called up shortly after graduation. He was killed in air operations near Buna, New Guinea, on December 15 1942, at the age of 23.

D.B. Kerr was a fine poet, described by some as “close to the borders of genius”, and published many of his poems in Phoenix and Angry Penguins: D.B. Kerr, Max Harris, Paul Pfeiffer and Geoffrey Dutton being the four original Angry Penguins poets identified by Professor Charles Jury in 1940.

A posthumous collection of Kerr’s poems was published in 1943 by the Hassell Press under the title Death, Be Not Proud, taken from his favourite poem by John Donne.

The University of Adelaide received these papers from the Kerr family in 2007 through the agency of Kerr’s niece, Dr Heather Kerr. The greater part of the Lost Angry Penguin files were deposited by John Miles in November 2007.’