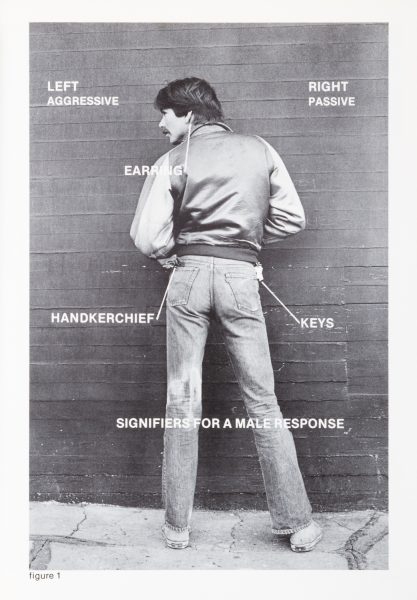 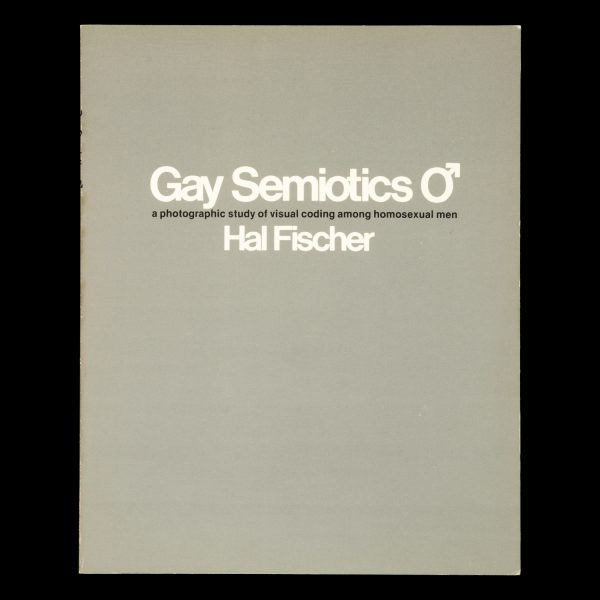 The rare first edition. In 2015 a facsimile was printed (which sold out), this summary is taken from the publisher’s description:

Fischer’s photographs from the Gay Semiotics series were displayed in early 2020 at SFMOMA in Thought Pieces: 1970s Photographs by Lew Thomas, Donna-Lee Phillips and Hal Fischer.